The hydroxyl group (OH) is very important in organic chemistry, and when present in a carbon chain with no other groups it makes the molecule an alcohol.

The alcohol group is able to form strong hydrogen bonds with other alcohol molecules, and if the carbon chain is short enough (methanol and ethanol) it makes the molecule soluble in water. 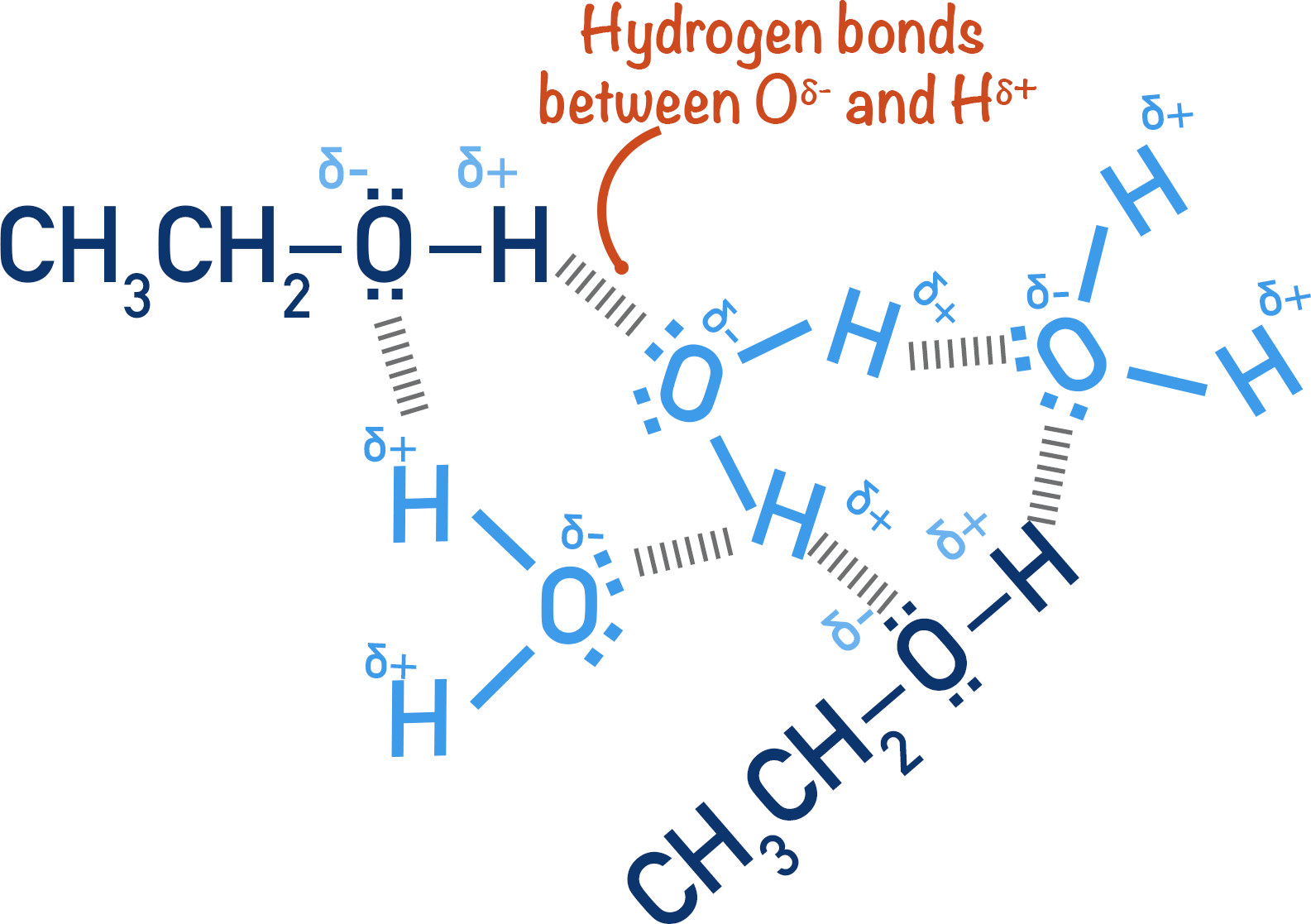 Alkyl chains, however, are not polar and form only weak instantaneous temporary dipole-dipole interactions between molecules. They are not soluble in water.

This means as the chain length of an alcohol increases, the unique effects of the alcohol group become less prominent. It’s the long carbon chain that dictates the physical properties of the alcohol, making longer chain alcohols insoluble in water.

Ethane is a gas at room temperature, whereas ethanol is a liquid. Ethanol is able to form hydrogen bonds between molecules, which require more energy to overcome than the instantaneous temporary dipole-dipole interactions that exist in the ethane.

The energy to overcome the intermolecular forces comes in the form of thermal energy (heat), so more energy required to overcome these forces means a higher temperature is needed (higher boiling point).

There are three possible locations as to where the OH group can be on a carbon chain. The position of the OH group is vital for further chemistry with alcohols – especially with oxidation reactions. See Oxidation of Alcohols.