Atoms ‘combine’ by forming bonds between themselves. A small group of atoms (two or more) bonded together in a unit forms a molecule. When atoms of different elements combine and bond, a compound is formed.

Atomic bonds are bonds that exist between atoms.

Intermolecular forces are forces that arise between molecules. These forces ‘hold’ molecules together and cause them to exist in either a solid or liquid state. 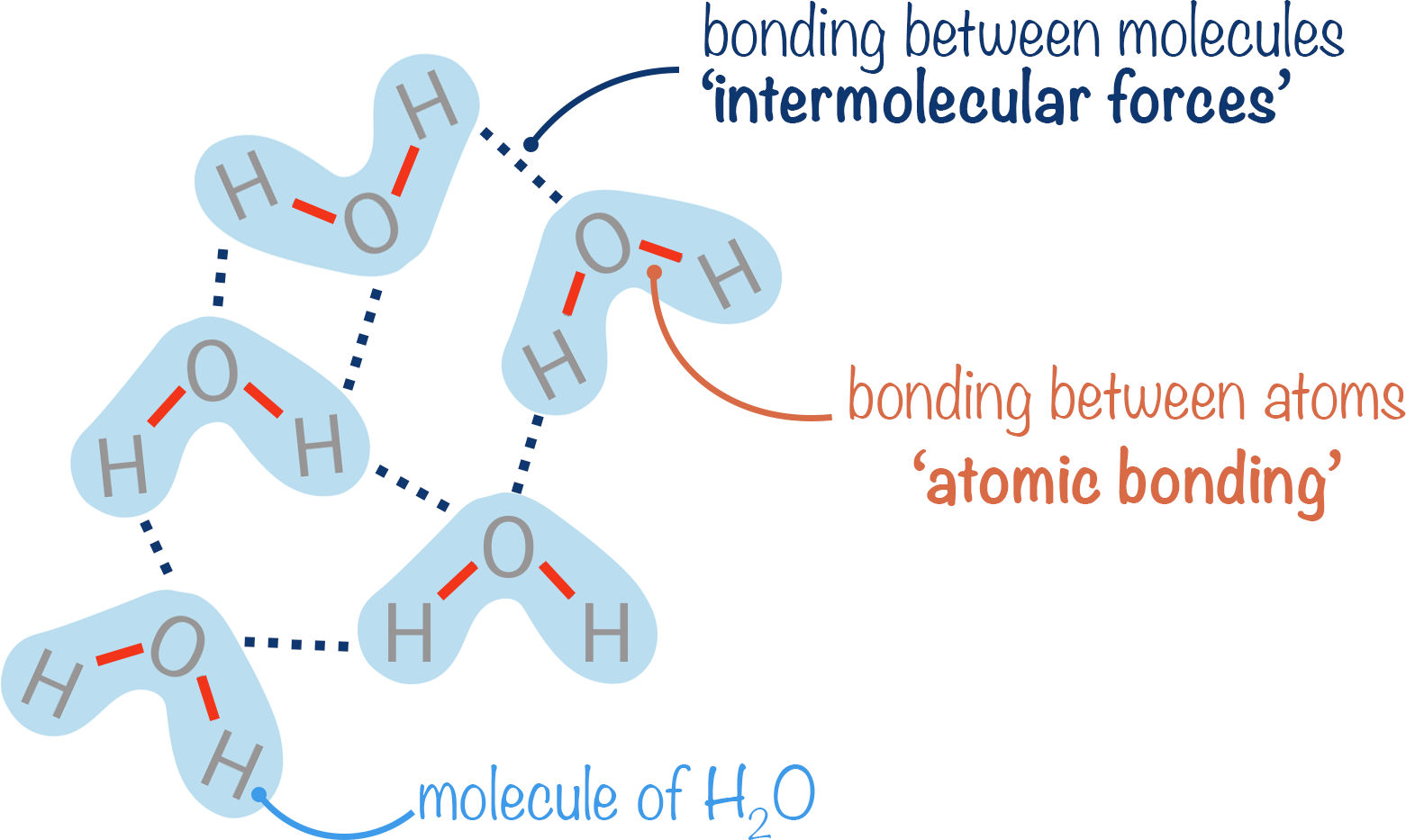 There are three types of atomic bonding:

There are three key types of intermolecular forces: