In a covalent bond, a pair of electrons is shared between two atoms. The positively charged nuclei of both atoms get attracted to the shared pair of negatively charged electrons and this pulls them closer together. Usually, each bonding atom provides one of the bonding electrons (from a half filled orbital).

Sometimes however, both the shared electrons in a covalent bond can come from one of the bonding atoms. This type of bond formation is called a 'co-ordinate' or 'dative covalent' bond.

A full orbital (with a lone pair of electrons in) from one atom will overlap with an empty orbital from another atom. The result is exactly the same as if two half filled orbitals had overlapped. Two orbitals from two atoms overlap and form a new bonding orbital that a pair of electrons is in. The nucleus of each atom is attracted to the shared electrons and this pulls the two atoms closer together, forming a covalent bond.

The forming of an ammonium ion (NH+4) from ammonia (NH3) and a hydrogen ion (H+) is an example of co-ordinate bond formation. 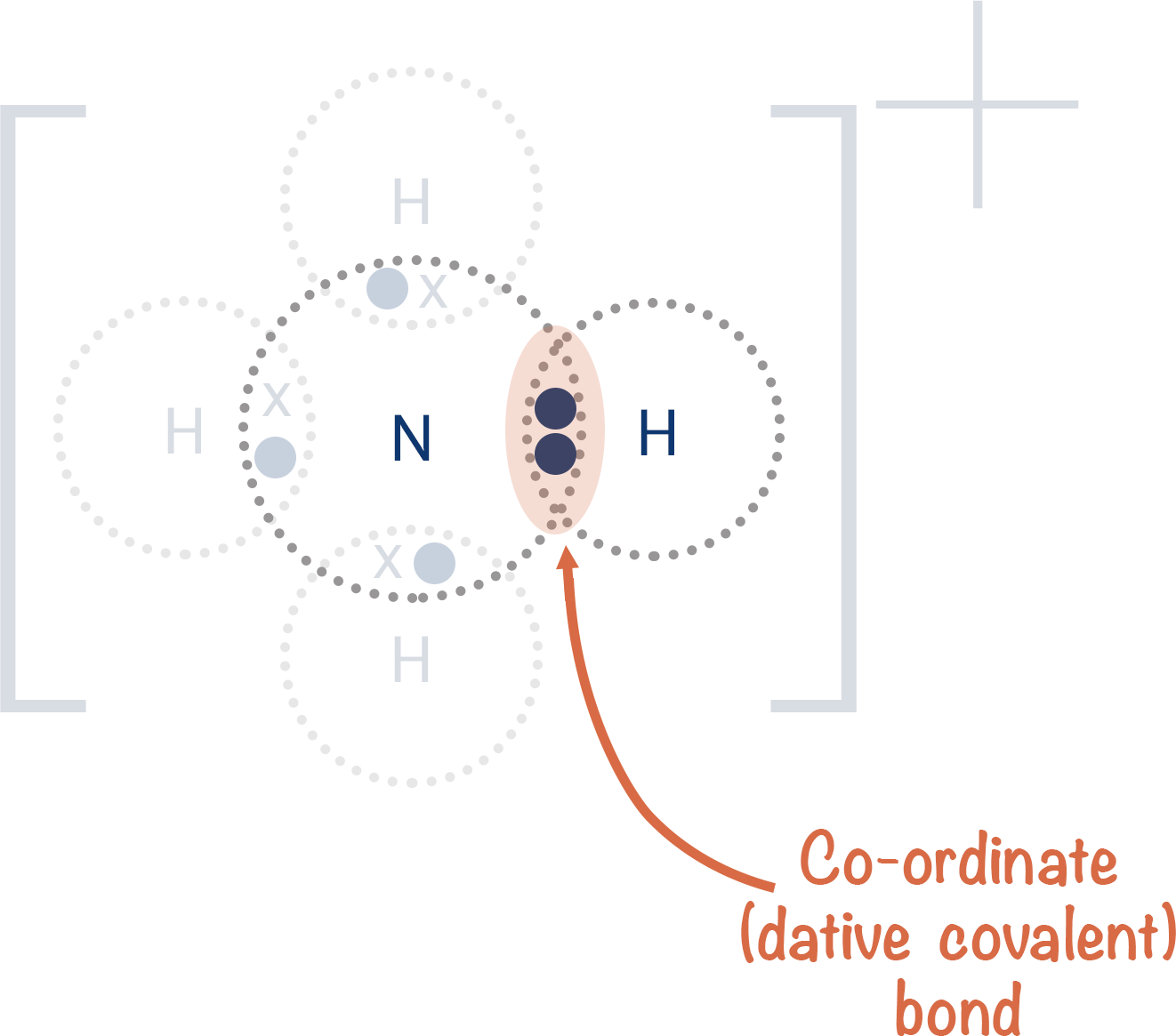 This creates a new bonding orbital where the pair of electrons is shared between the nitrogen and hydrogen - creating a covalent bond.

Dot and cross diagrams can be used to show the formation of a co-ordinate bond.

An arrow is used to represent the movement of the lone pair of electrons being used to form the bond.

It is important to remember that there is actually no difference between a co-ordinate bond and 'normal' covalent bond once it has been formed. By using dot and cross diagrams, it is easier to see how electrons are shared around in molecules to form these types of bond.