Intermolecular forces exist between molecules because of unequal electron distribution within molecules. Think of the covalent bond between two atoms in a molecule of hydrogen (H2). 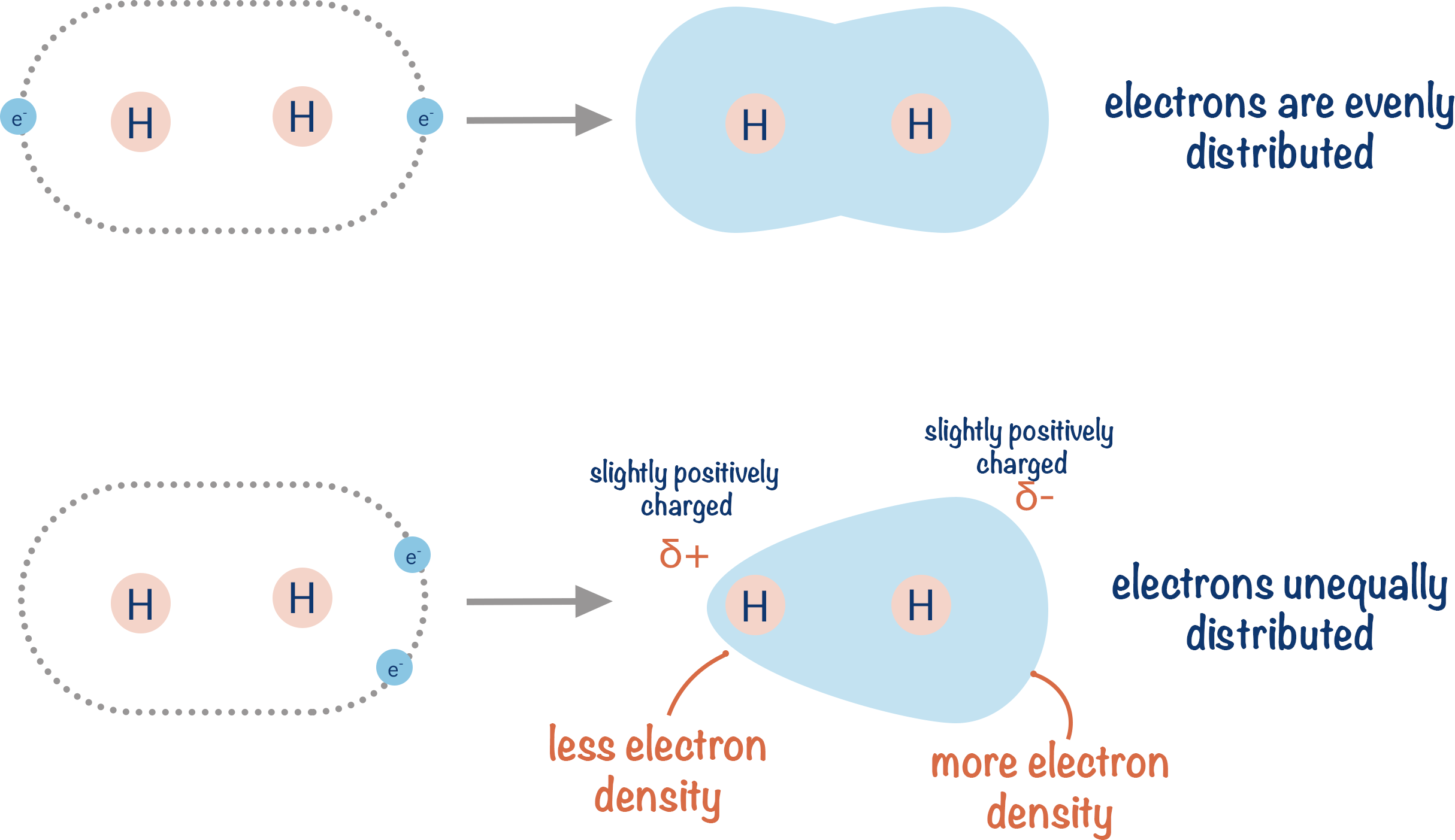 This is called a temporary dipole. It is instantaneous! This means it doesn’t exist for very long as electrons are constantly moving. But, if you have millions of molecules in a small area, you will always have large numbers of dipoles arising at any one time.

This electrostatic attraction gives rise to very weak forces between molecules. These are a type of intermolecular force, which arise between all molecules. We call these forces temporary, induced dipole-dipole interactions. Sometimes they are referred to as van der Waals or London dispersion forces.

The larger the molecules, the greater the strength of temporary, induced dipole-dipole interactions. This means larger molecules have higher melting and boiling points than smaller molecules (assuming no other intermolecular forces are present).

This is a common question. Van der Waals forces actually refer to all intermolecular forces that are based on attraction between opposite dipoles in molecules.

London dispersion forces are a specific type of van der Waals force. Many exam boards require you to be more specific than just stating ‘van der Waals forces’. As a result, if you are referring to the type of intermolecular force covered here: refer to ‘London dispersion forces’ or ‘temporary, induced dipole-dipole forces’ (depending on your specification).