Quick Notes Structure of an Atom

Full Notes Structure of an Atom

All substances are made up of atoms – tiny building blocks of our material universe. Atoms are made of three different particles. As these particles are smaller than an atom, we call them sub-atomic particles.

They are named protons, neutrons and electrons. Each has different properties; different combinations and amounts of them form different atoms. 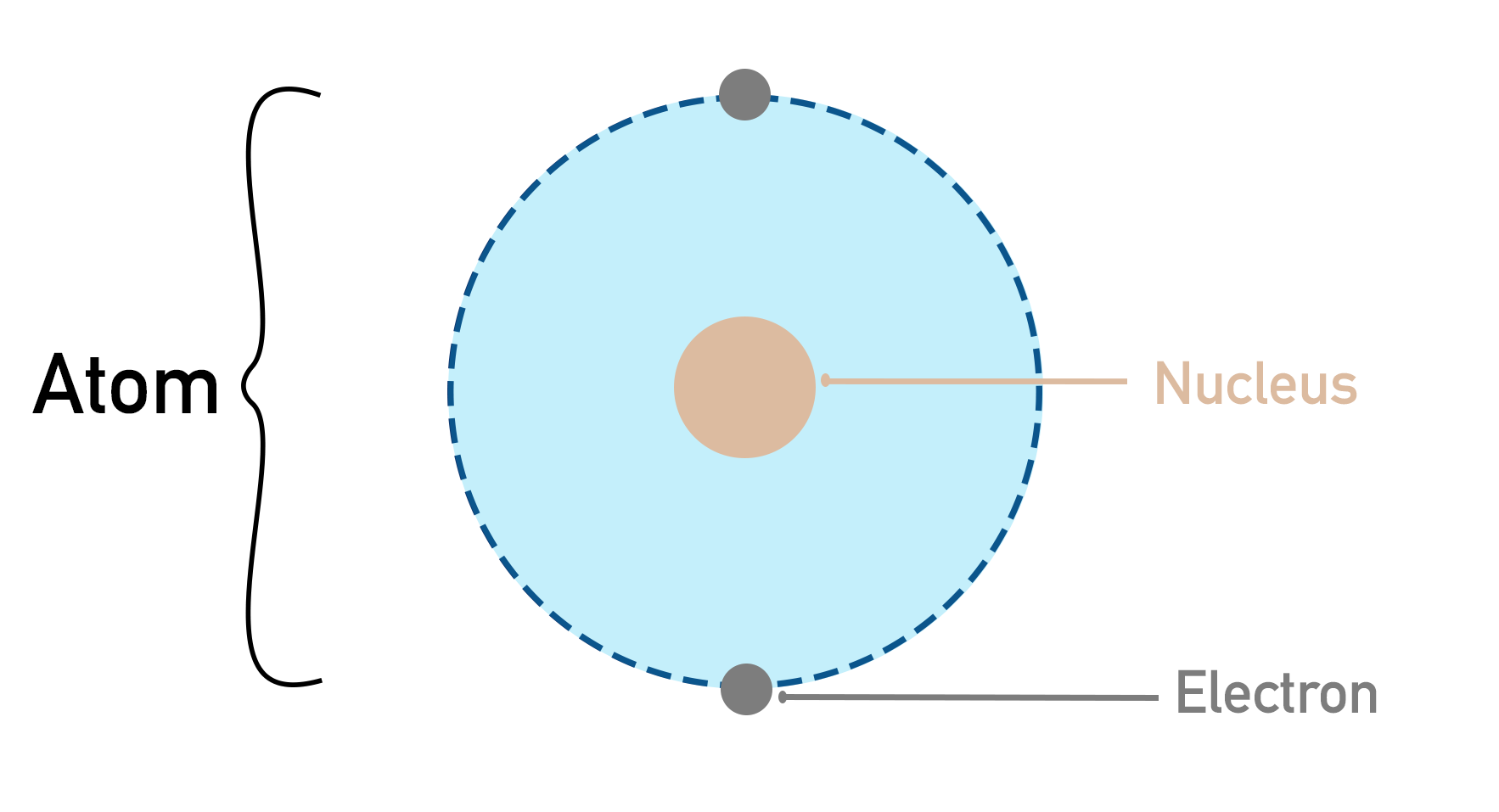 Charge is measured in a unit called coulombs (C). As protons and electrons are very small, their charge is also very small. Protons have a charge of + 1.602 x 10-19 coulombs and electrons have a charge of -1.602 x 10-19 coulombs. These numbers are too small to be useful to chemists, instead we assign a ‘relative’ charge of +1 for a proton and -1 for an electron. All this means is, relative to each other, they have a +1 and a -1 charge. This makes things much easier! These charges are also referred to as ‘elementary’ charges. Unless otherwise stated, in chemistry when charge is referred to, it is relative charges that are being used. 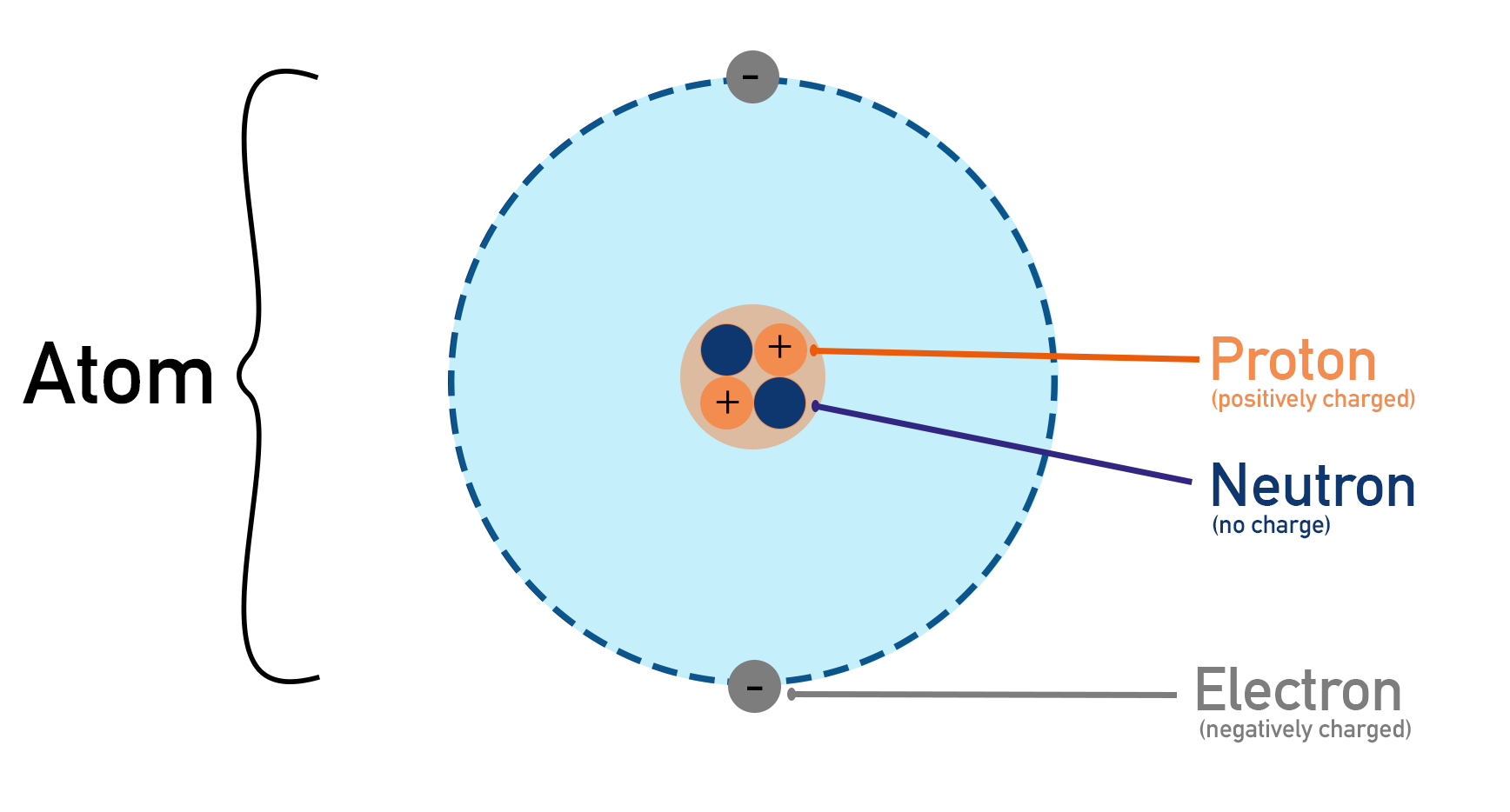 All three sub-atomic particles have a mass, but the mass of an electron is comparatively so small it is (usually) ignored. This means we can say (virtually!) all the mass of an atom is held very tightly in the nucleus.

Being negatively charged, electrons are attracted to the positive charge of a nucleus. An attraction between positive and negative charges is called electrostatic attraction.

The attracted electrons exist around the nucleus of an atom in orbitals. Orbitals are simply regions of space that electrons are ‘allowed’ to occupy around the nucleus. These orbitals can be different shapes and have different energies. How they are filled (the number and arrangement of electrons) determines how an atom reacts.

The total space occupied by electrons and the nucleus makes up the overall size of a particular atom. Atomic radius is just a way of describing how big an atom is, by measuring the distance from the nucleus to the electron that is furthest away.

Elements are made up of only one type of atom that all have the same number of protons. 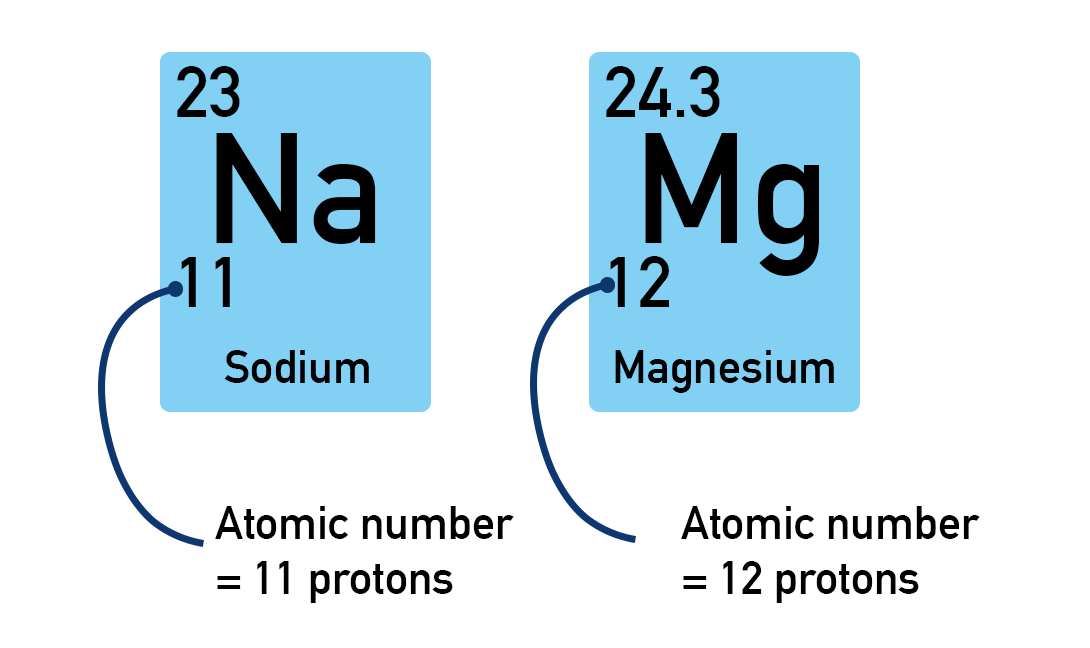 All atoms of an element in the periodic table are neutral. This means they have no overall charge. Remember, protons and electrons have charges (proton = +1, electron = -1). If an atom is neutral, it must have the same number of protons as electrons. 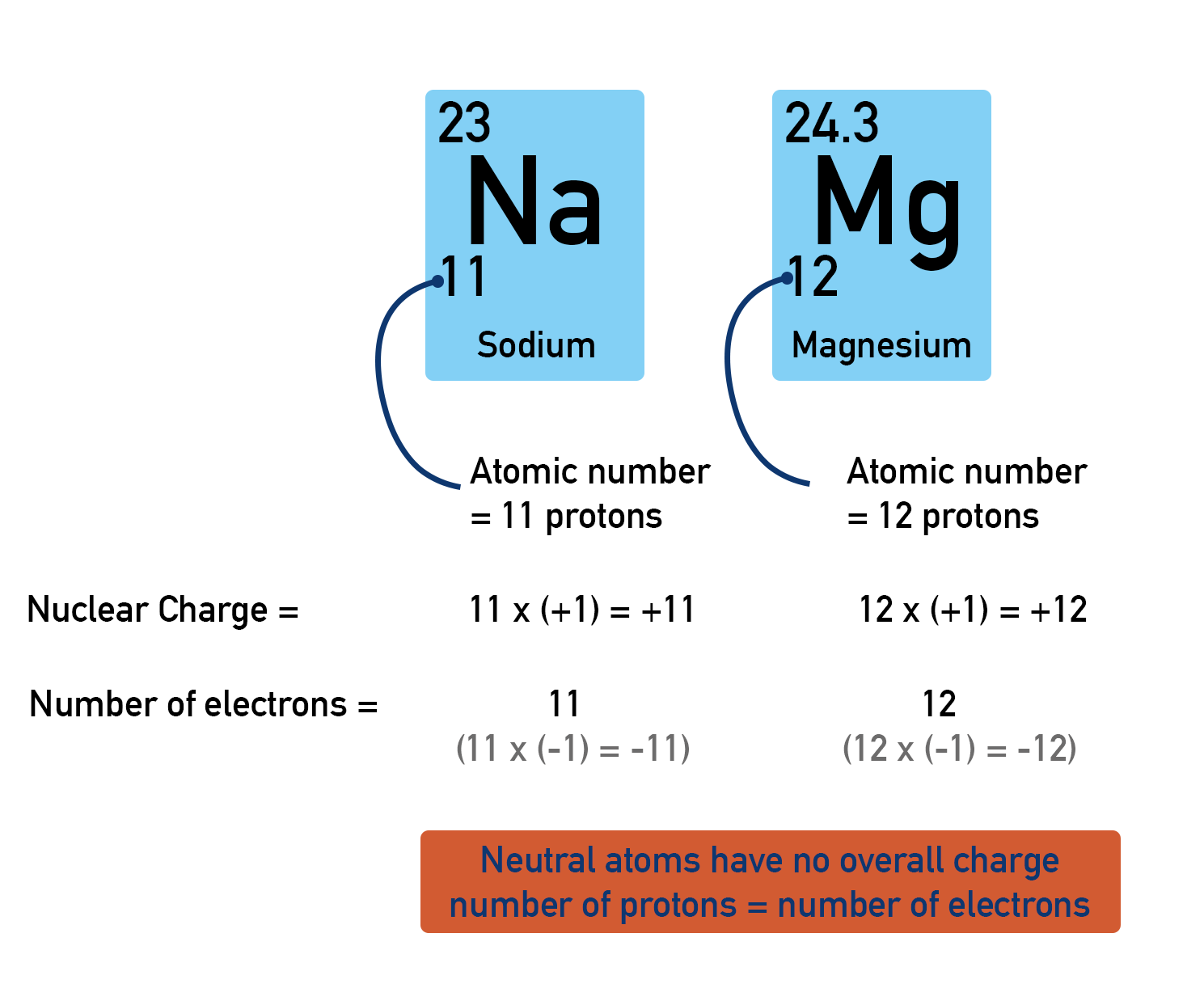 An atom may lose or gain electrons during reactions. An atom is neutral if its number of protons and electrons are the same. Therefore, if the number of electrons in an atom changes the atom becomes charged. A charged atom is called an ion. 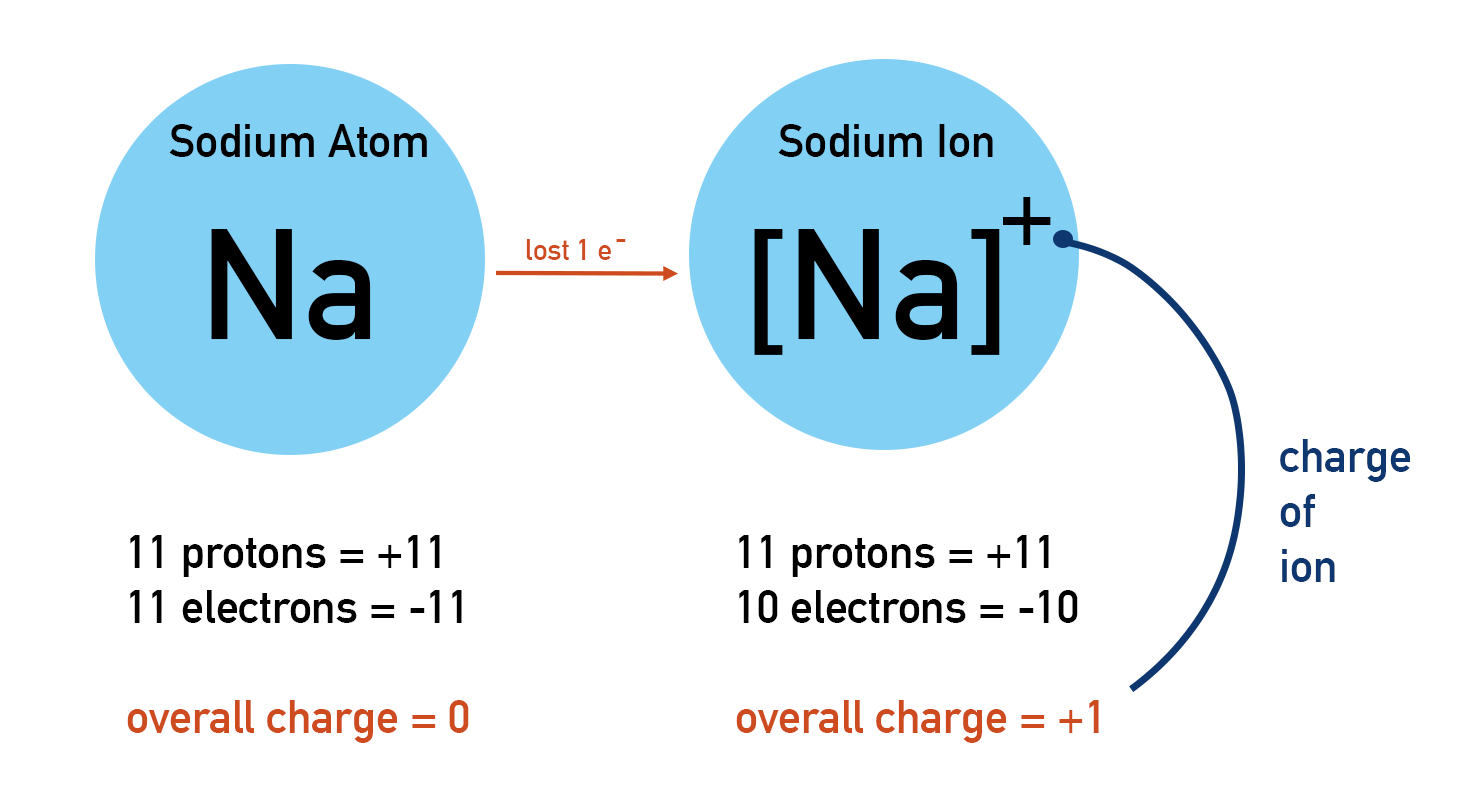 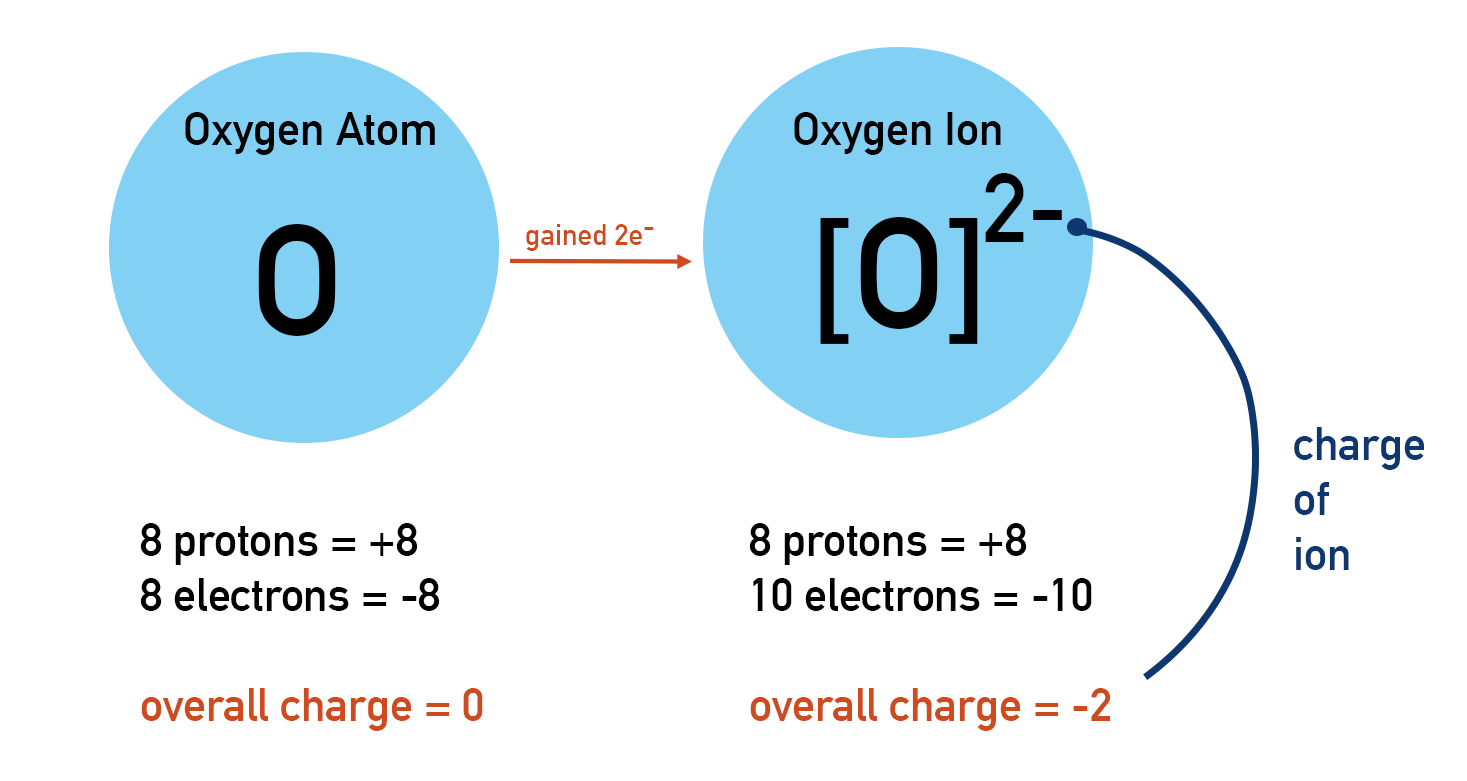