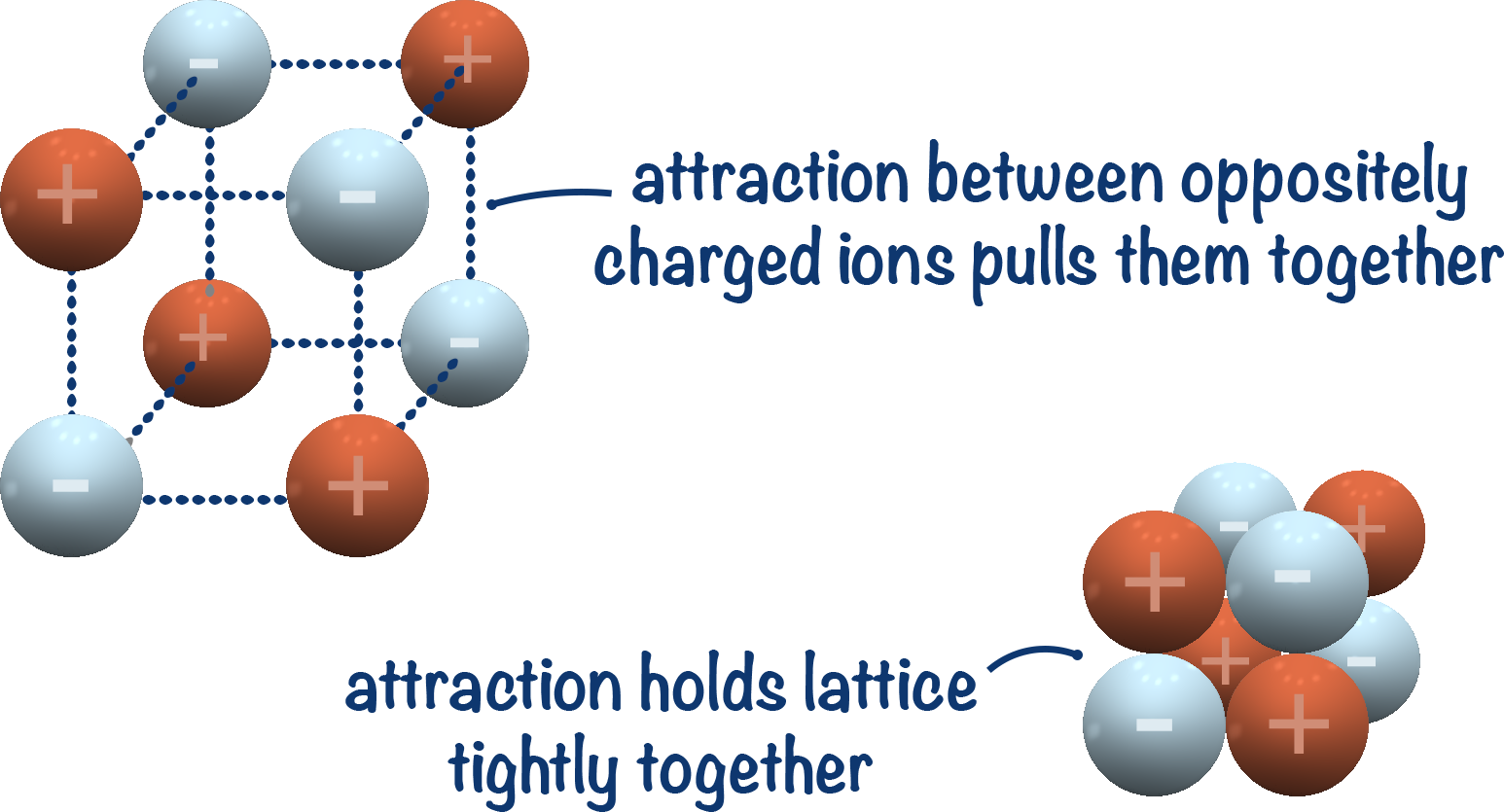 The closer the oppositely charged ions can get to each other, the more stable they become and the more energy they release.

Lattice enthalpies show how much energy is released when a lattice is formed from gaseous ions.

To break apart a lattice into gaseous ions, energy is needed, so the process is endothermic. This is called lattice dissociation and is, basically, the complete opposite of lattice formation.

There are two factors that determine the strength of an ionic attraction - the charges of the ions involved and their sizes.

The greater the difference in charge between the ions, the stronger the attraction between them. The larger the ions get, however, the weaker the attraction as their charge is now spread over a larger area, meaning their ‘charge density’ gets smaller. 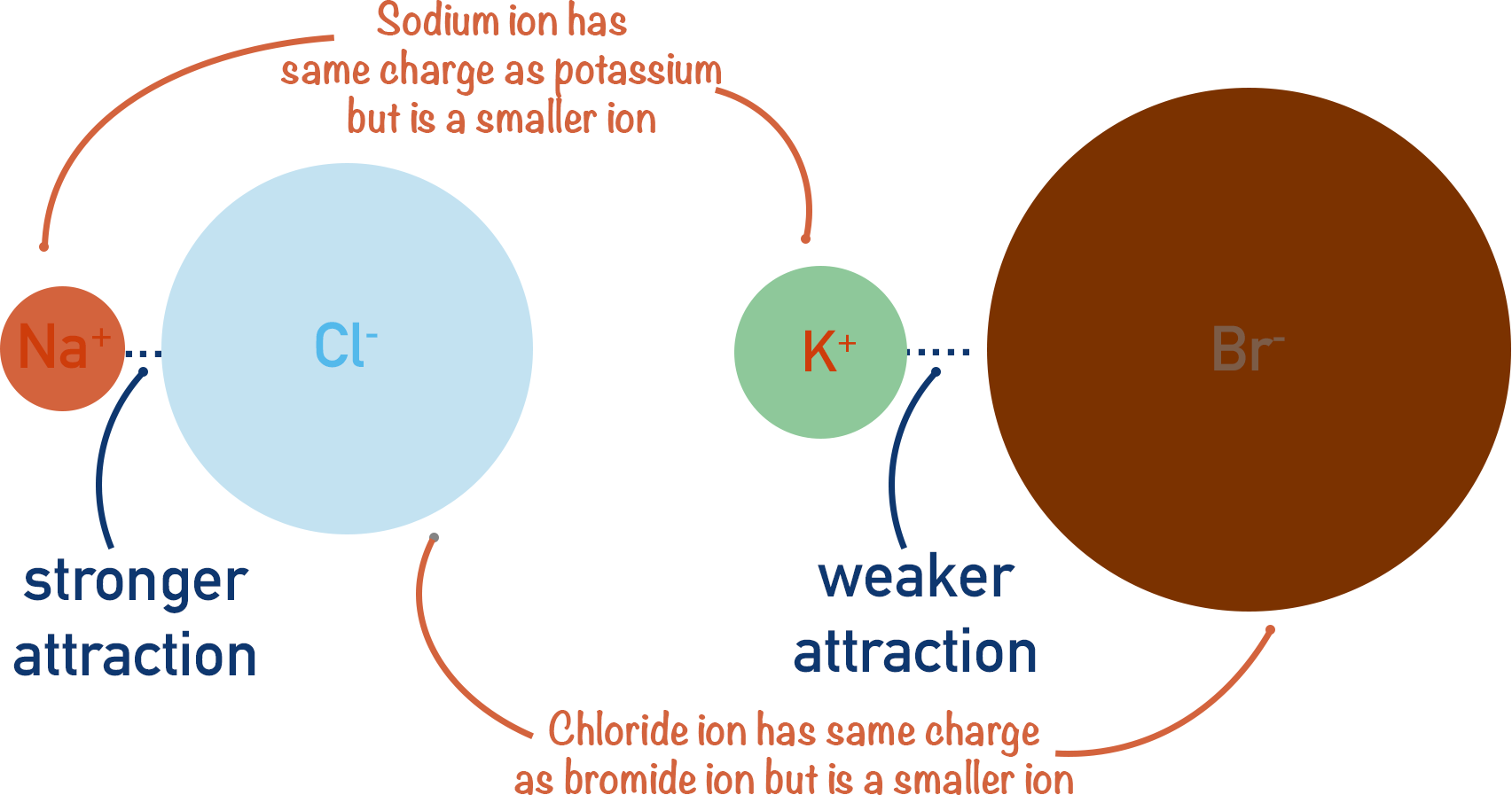 Charge density refers to how the charge of the ion compares to the size (or mass) of the ion. High charge densities of ions give strong ionic attraction.

This is a brief outline of covalent character, for more detail see Ionic-Covalent Character.

The reality is a little messier than this. If you have a positive metal ion (for example, sodium) it will attract the electrons from around a negative ion. If the non-metal ion is highly electronegative (for example, fluorine) this doesn’t matter as the fluorine will keep those electrons close around itself, they won’t get moved to the sodium. 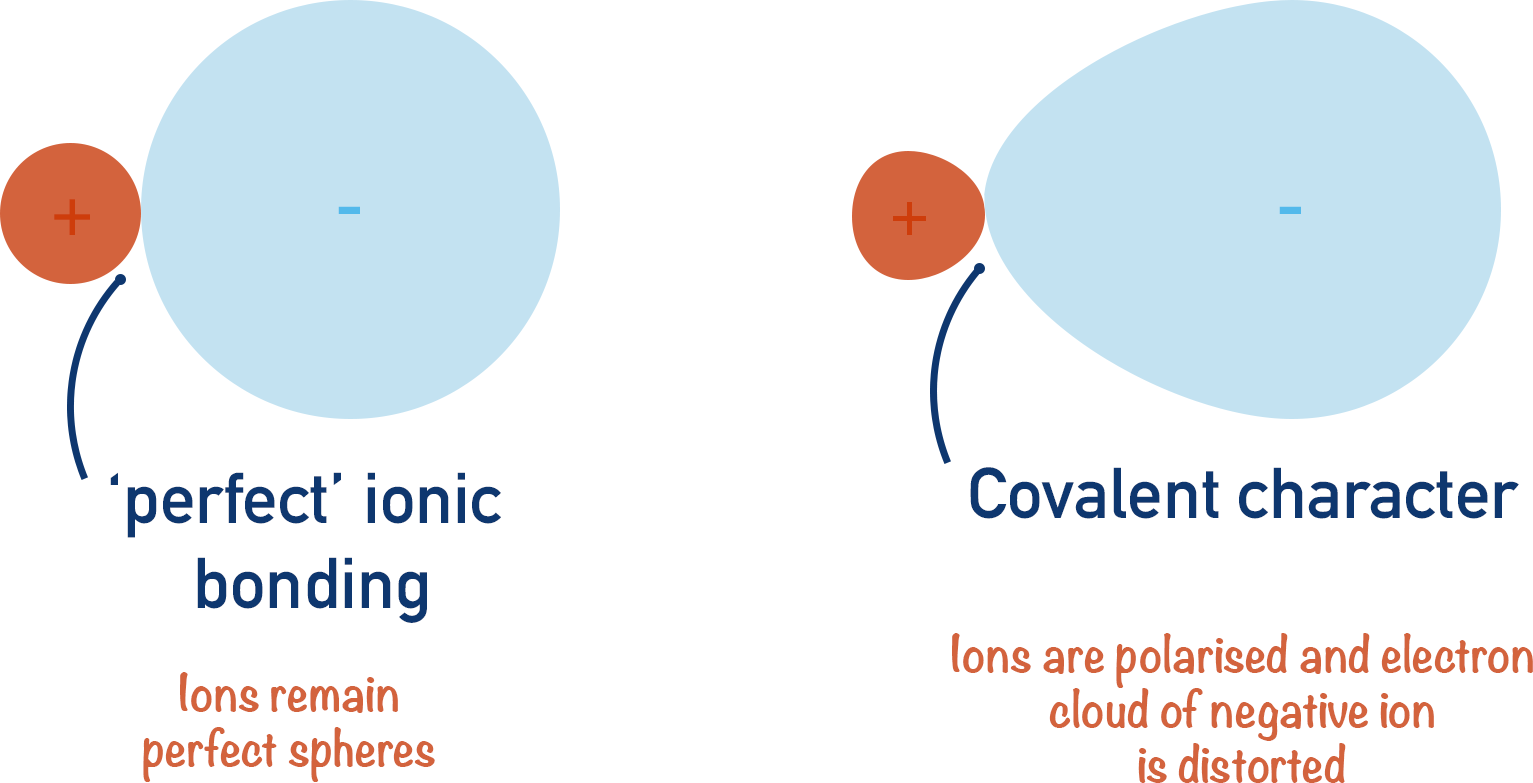 However, if you have a non-metal ion that is not very electronegative it cannot keep hold of its electrons as well. An aluminium (3+ charge) ion, for example, would easily pull the electrons of a phosphorus ion ever so slightly towards itself.