We can explain these energy changes by considering the dissolving as a two stage process.

Firstly, the forces holding the structure together are broken to free the ions in the solid before new forces are formed between the ions and water molecules.

The forming of new forces between ions and water molecules releases energy (negative enthalpy change). This is referred to as ‘hydration’.

When a solid actually dissolves, the above two steps happen, essentially, at the same time and it is not possible to separate them into two stages.

Instead, we simply measure the overall enthalpy change that occurs and this is called ‘enthalpy of solution’.

Standard enthalpy of solution refers to the enthalpy change that occurs when 1 mole of solute is dissolved completely in water, to form an infinitely dilute solution. Measured at standard conditions.

Note – infinitely dilute means that the addition of any more water molecules would have no impact on the enthalpy change that is occurring.

Using Hess’ Law (see Hess’ Cycles), we can construct a simple Born-Harber cycle for the dissolving of an ionic compound by using two possible ‘routes’. The Born-Harber cycle can be used to find the lattice enthalpy of the compound*. 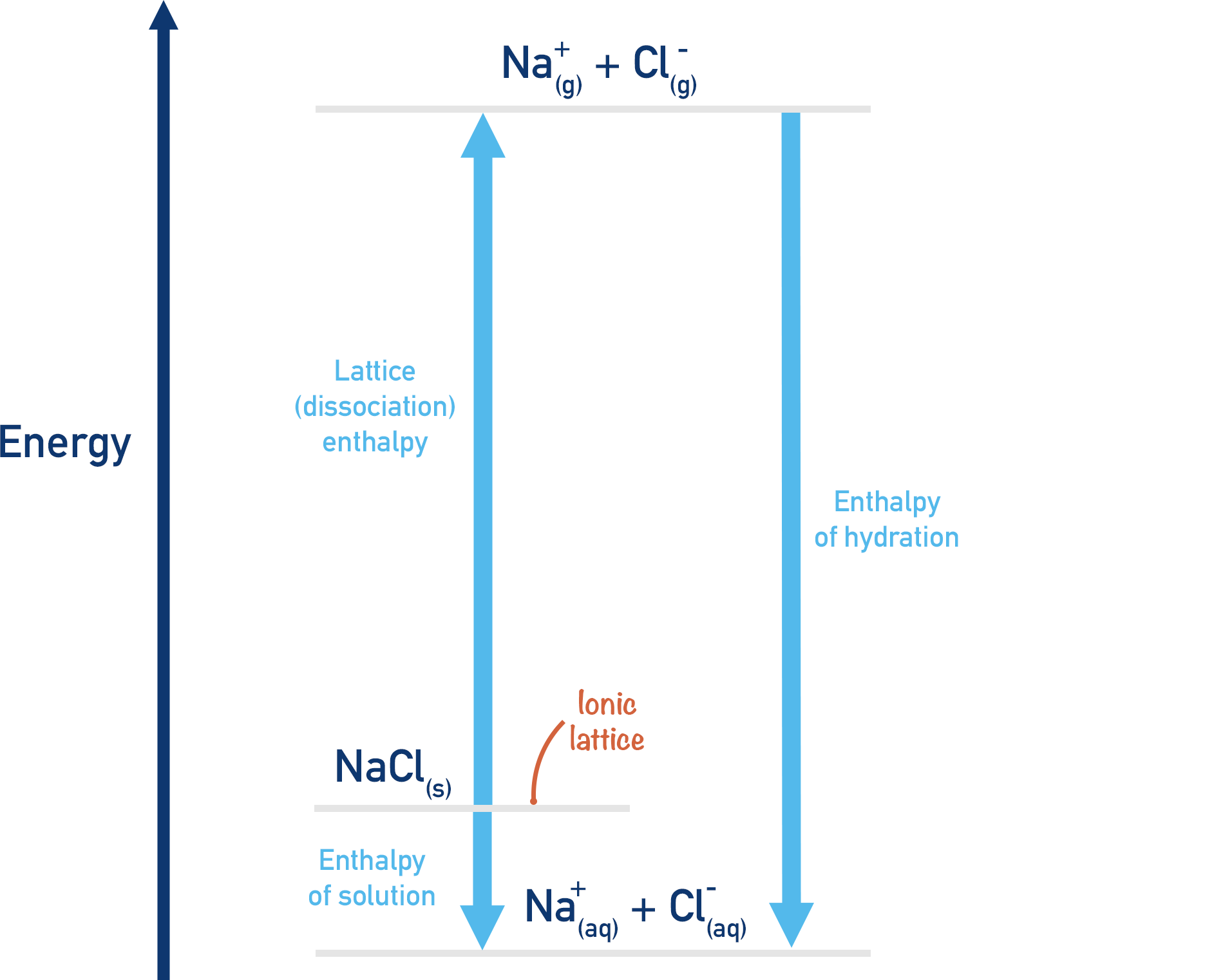 Dissolve the ionic compound in water (enthalpy of solution). 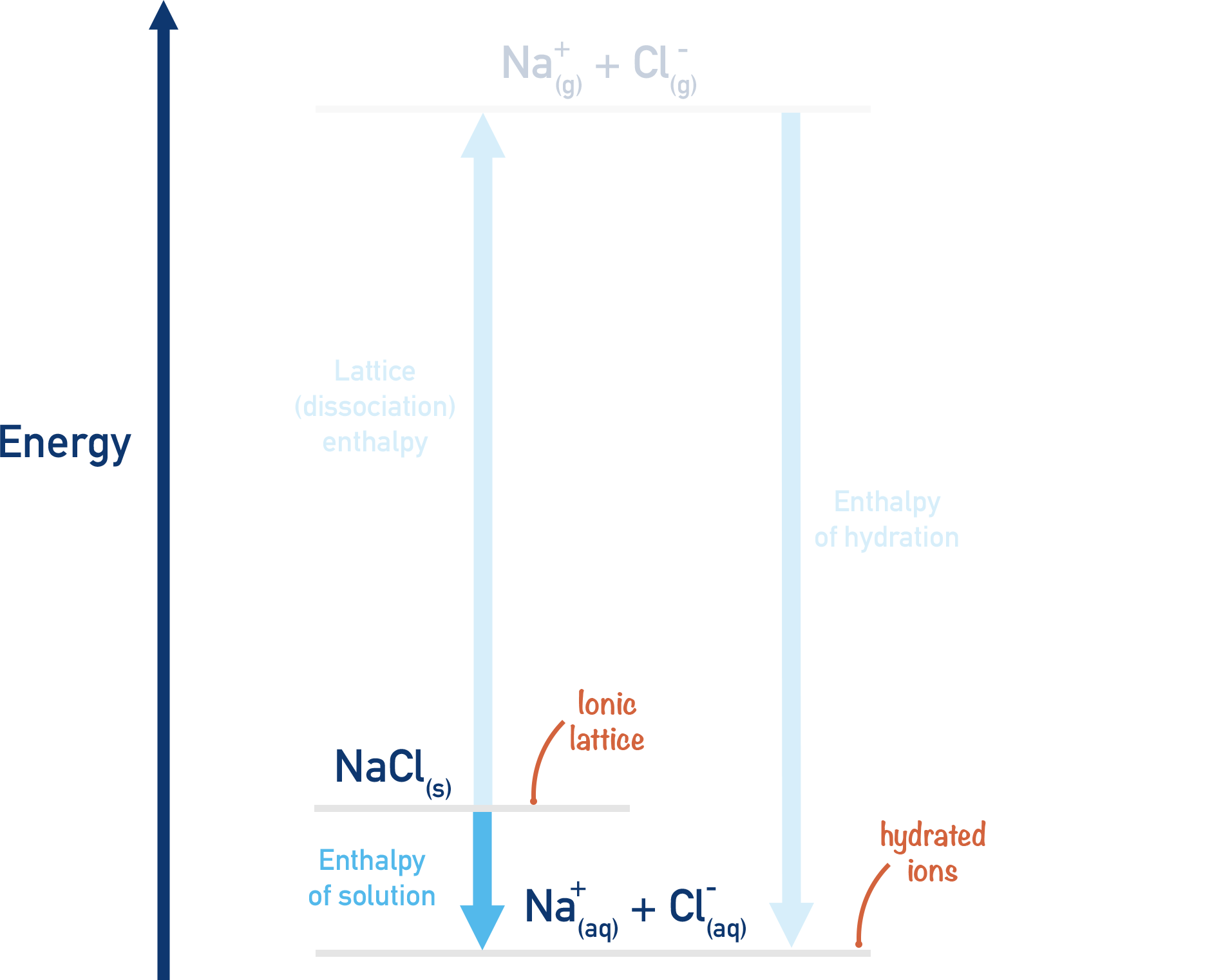 By breaking apart an ionic lattice (lattice dissociation – see Lattice Enthalpies), and releasing free, gaseous ions. These gaseous ions can then be mixed with water and the enthalpy change that occurs measured – ‘enthalpy of hydration’. 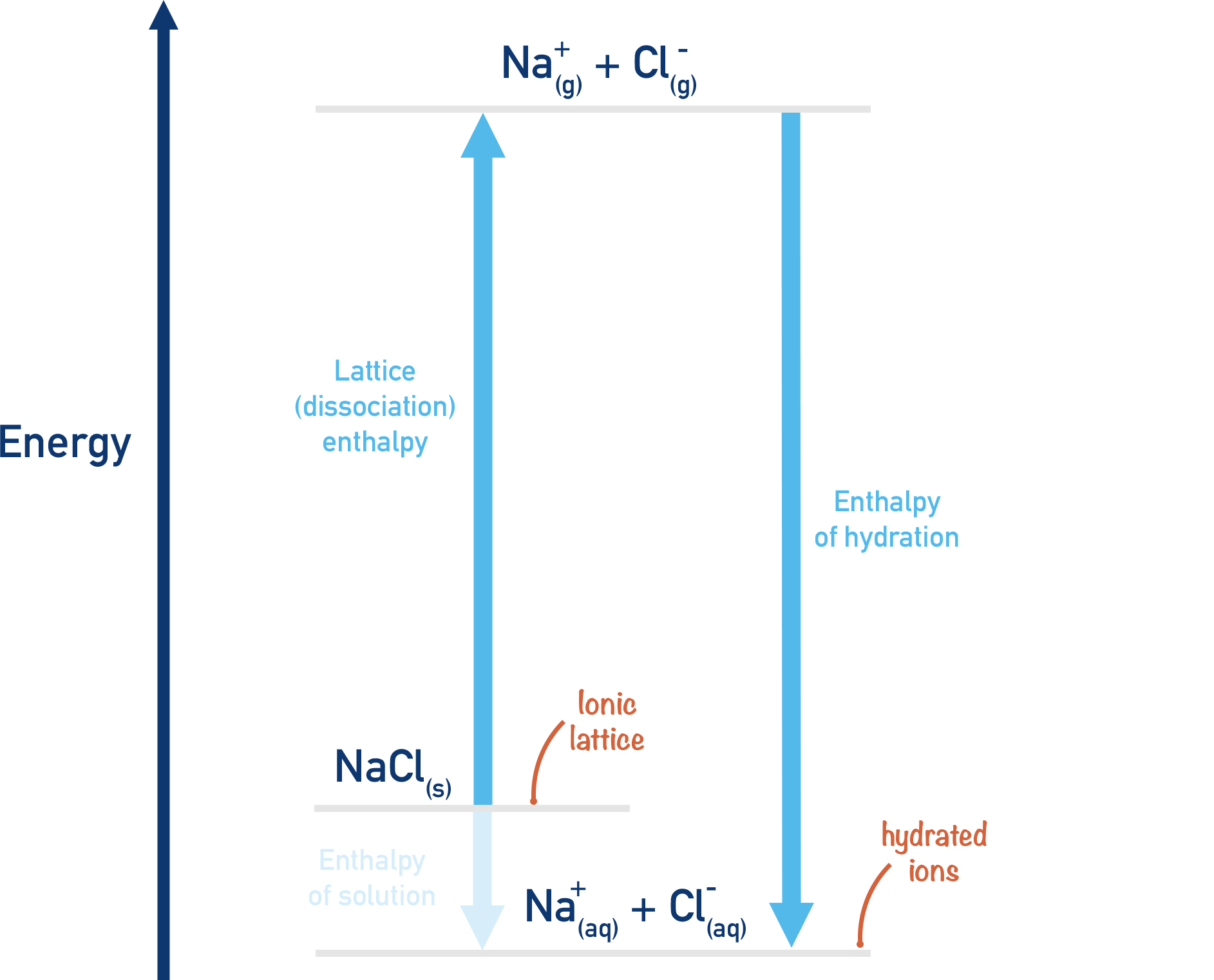 If more energy is required to break apart the lattice than is released when the ions are hydrated, the enthalpy of solution will be endothermic.

If less energy is required to break apart the lattice than is released when the ions are hydrated, the enthalpy of solution will be exothermic.