The periodic table is a fundamental tool used by chemists (and chemistry students!) all over the world. Elements are arranged based on their atomic number (number of protons and electrons).

There are only eight possibilities for the number of outermost electrons for s and p-block elements, these are shown as ‘groups’ in the periodic table. All the elements in a particular group have the same number of outer electrons (valency). 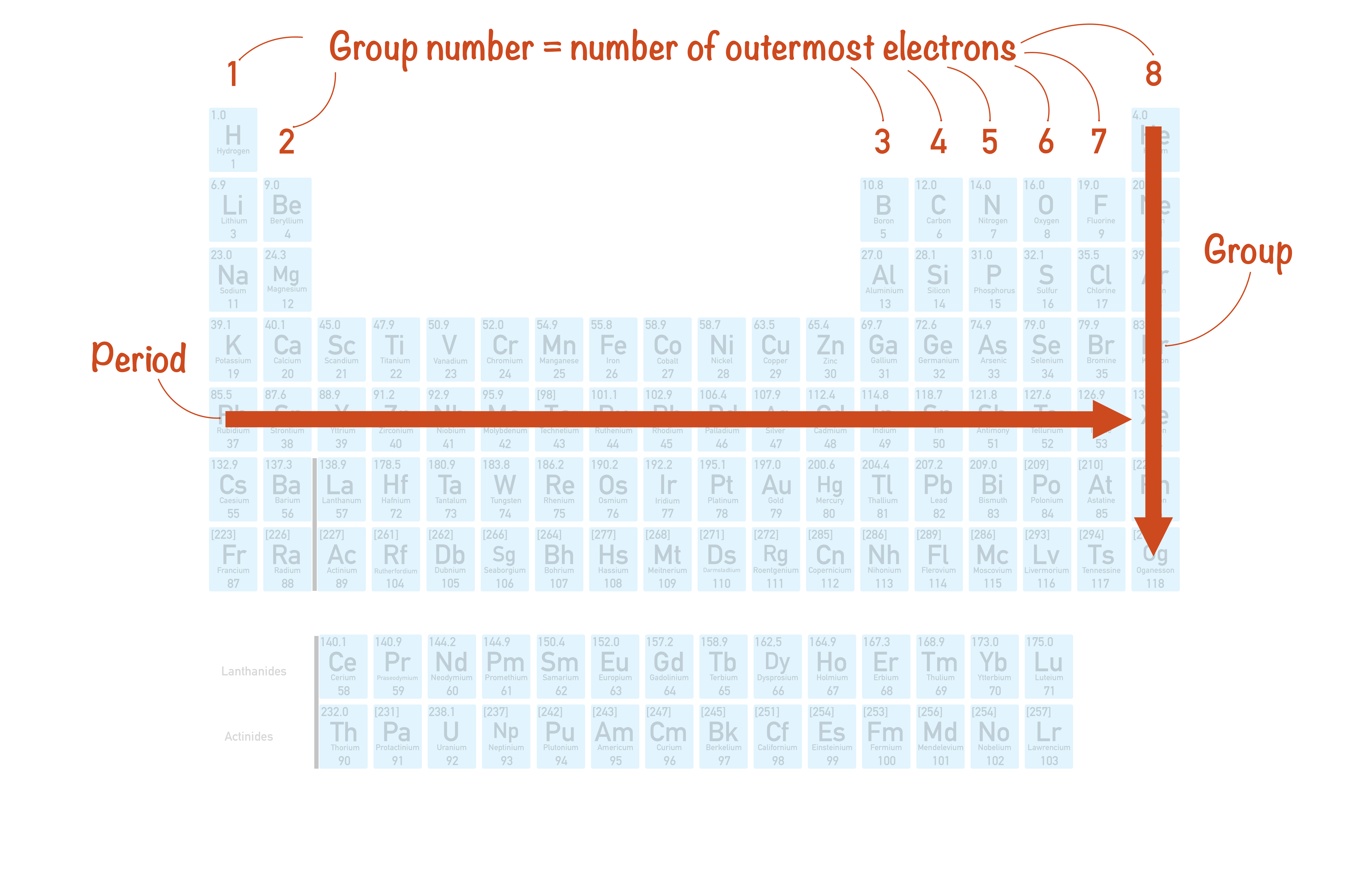 It’s not just the number of outermost electrons that can be different between elements, but also the type of orbital that the electrons exist in. As we move across a period in the table, we are adding a proton (and an electron) to each element. This means we fill the orbitals as follows for period 3: (See Electron Configurations).

The type of orbital that the outermost electron exists in is known as the element’s ‘block’ within the periodic table. 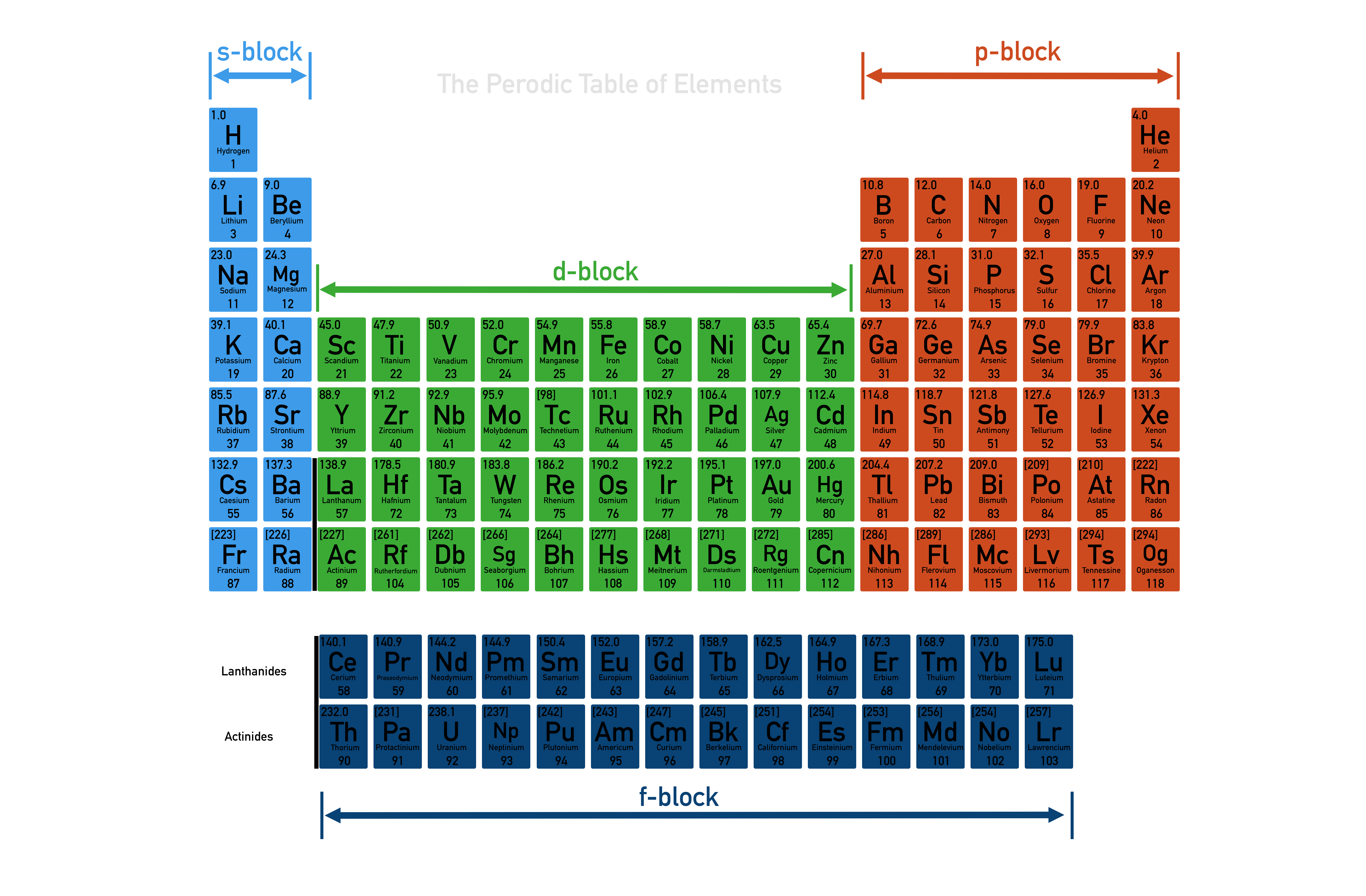