A phenol molecule is made of a benzene ring with a hydroxyl (OH) group attached.

The oxygen atom in the hydroxyl group has lone pairs of electrons that interact with the pi-bonding system in the benzene ring. 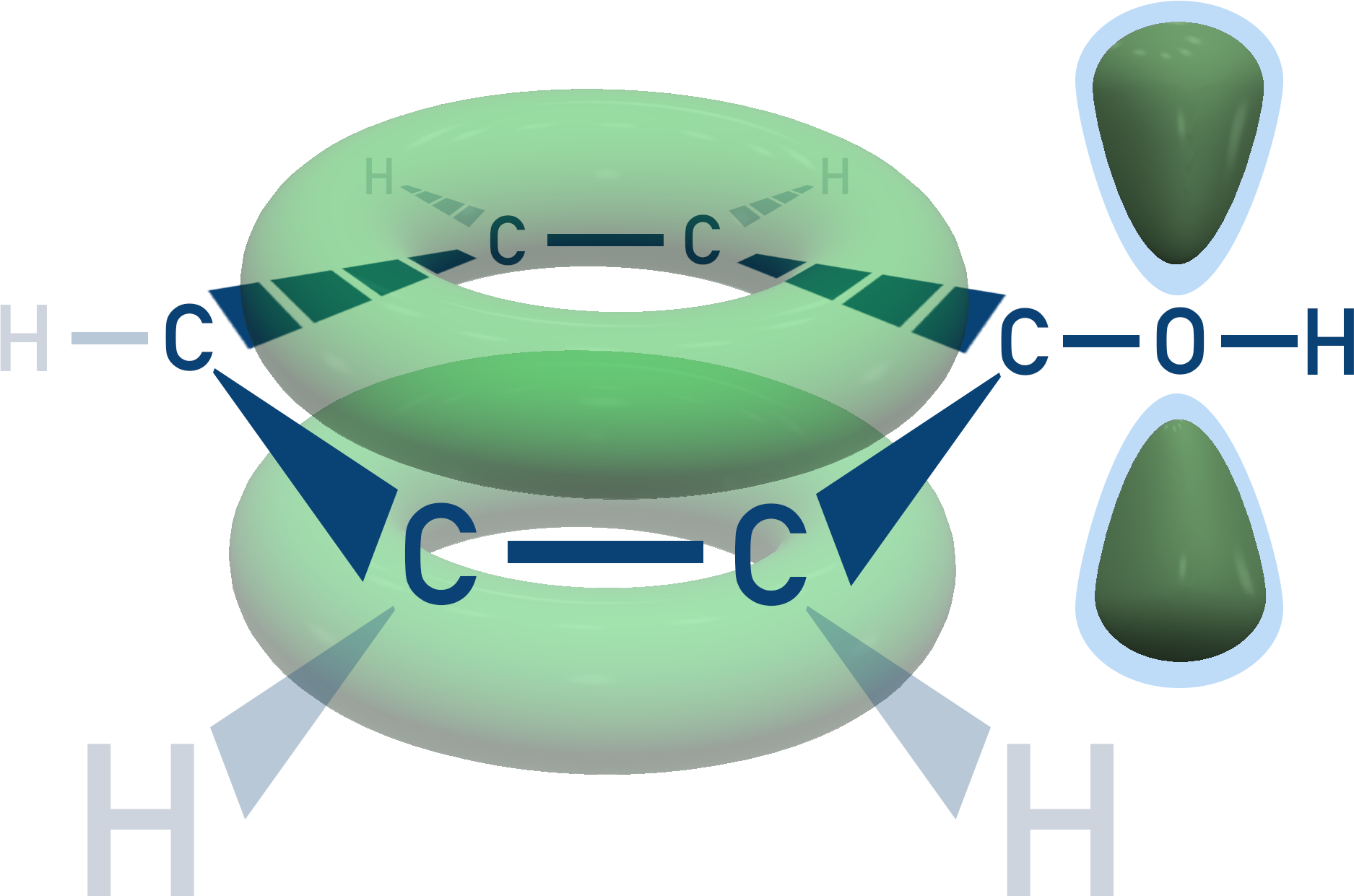 This interaction gives phenol very different chemical properties compared to a standard benzene molecule, allowing it to act as a weak acid.

Phenol as an Acid

In a phenol molecule, the lone pairs of electrons on the oxygen atom in the hydroxyl group merge with the pi-bonding system of the benzene ring. 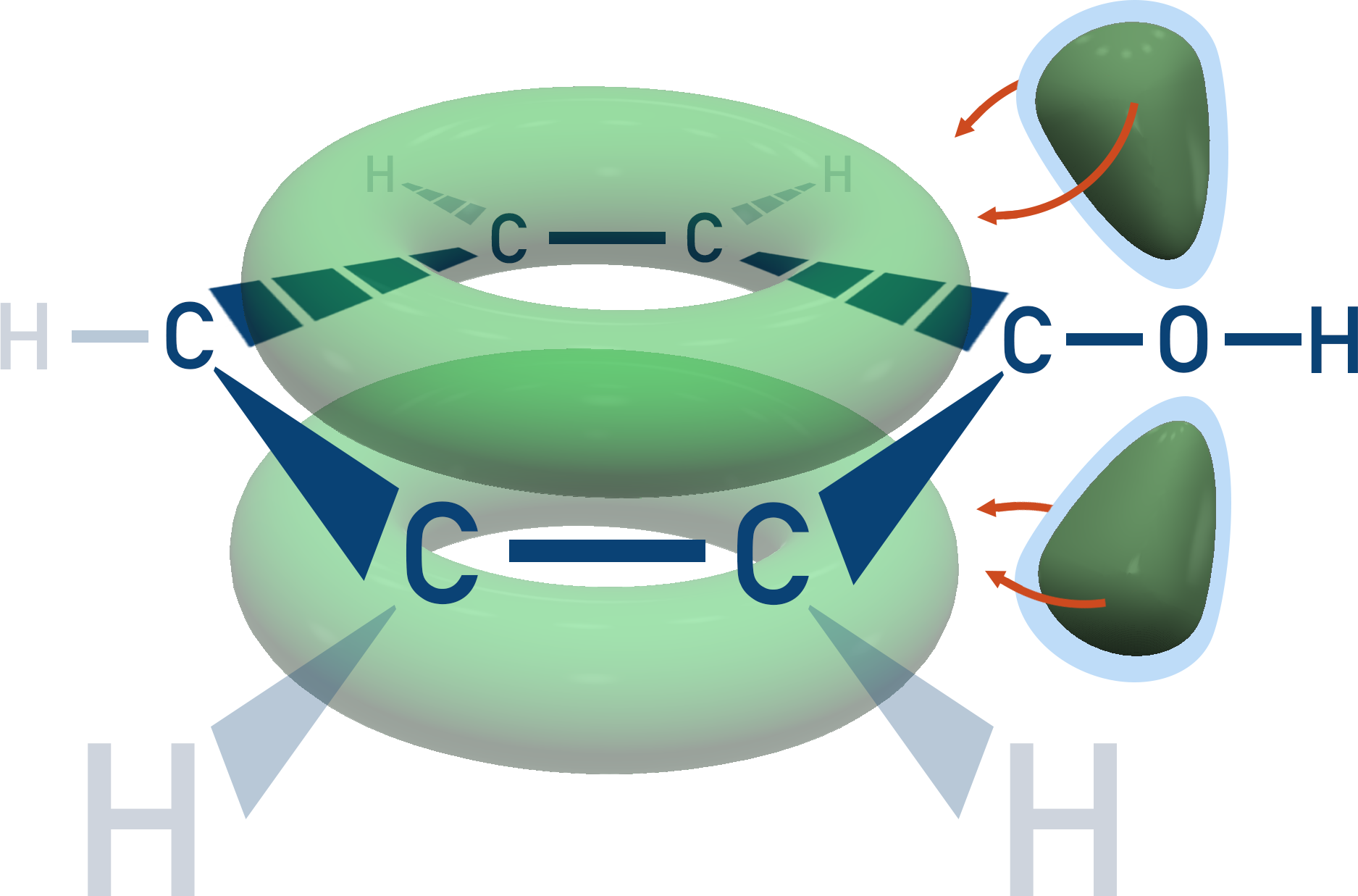 This creates a new system with ‘distorted’ electron density above and below the plane of the molecule. The new system allows phenol to behave as a weak acid. 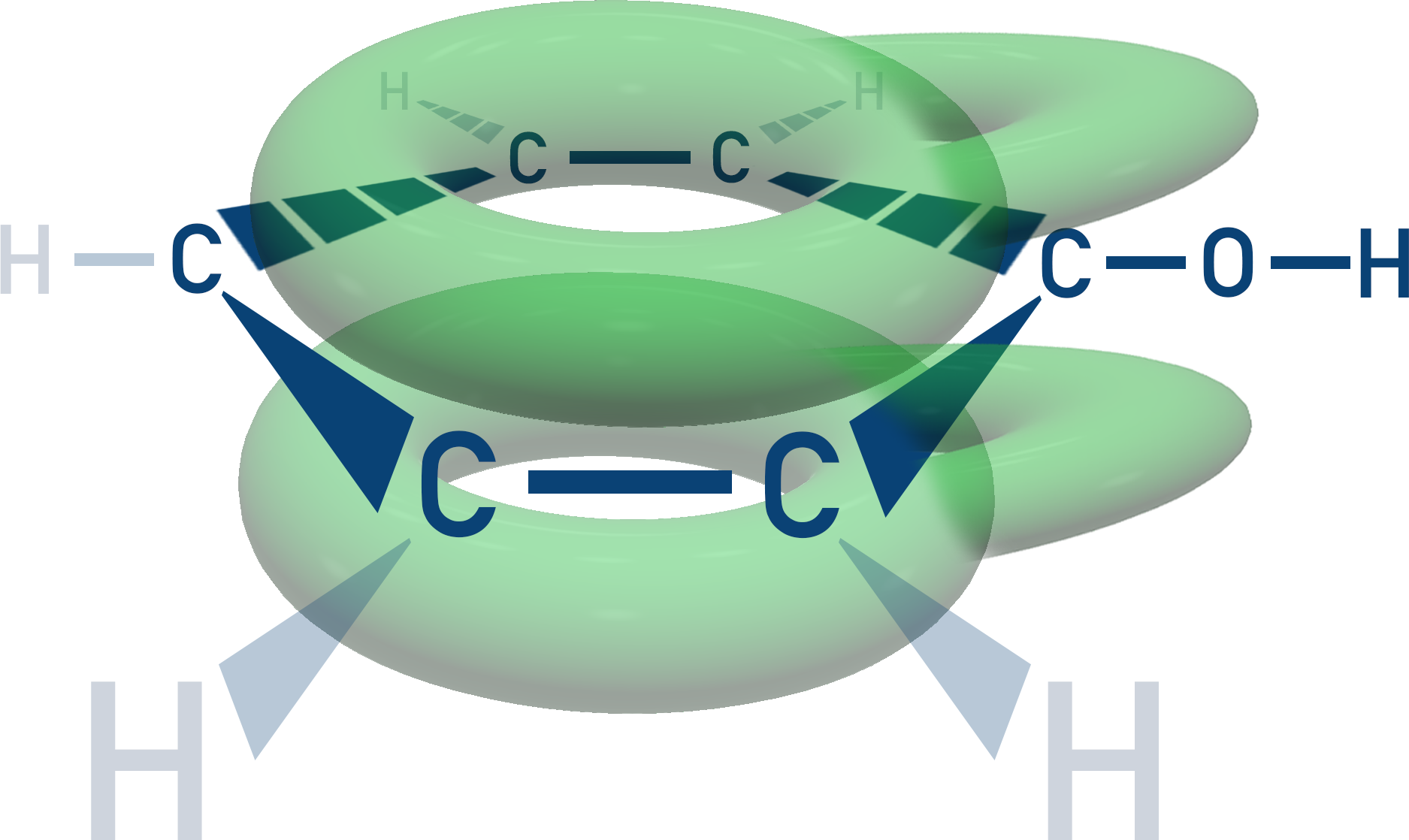 Why does phenol behave as a weak acid but alcohols do not?

Organic acids donate or release hydrogen ions (H+). By doing this, they themselves become negatively charged. Lone charges on atoms are not ‘liked’ by molecules as they are unstable.

In very simple terms, positive and negative ions are actually attracted to each other because the closer they get, the lower their energies and the more stable they become. It’s due to energies and stability that opposite ions attract.

If the charge on a molecule can be spread out or ‘delocalised’, the molecule becomes more stable.

If an alcohol were to lose a hydrogen ion, the oxygen would become negatively charged.

The negative charge would have nowhere ‘to go’ in the molecule, and there is no way of spreading the charge out. This would make the molecular ion unstable, and forming it would require large amounts of energy. This is why alcohols are not acidic and do not release H+ ions (this and the fact the O-H bond is not sufficiently polarised to easily break).

In phenol, however, if the oxygen atom gets a full negative charge, it can be ‘spread out’ through the pi-bonding system in the phenol molecule.

This spreading out means the charge is not localised in one place, which makes the molecular ion far more stable and much easier to form.

This is why phenol can behave as a weak acid.