There are different theories to describe how acids and bases work (and even what acids and bases actually are!), but at A-level Chemistry the Bronsted-Lowry theory is the one most commonly referred to.

For example, in the following: 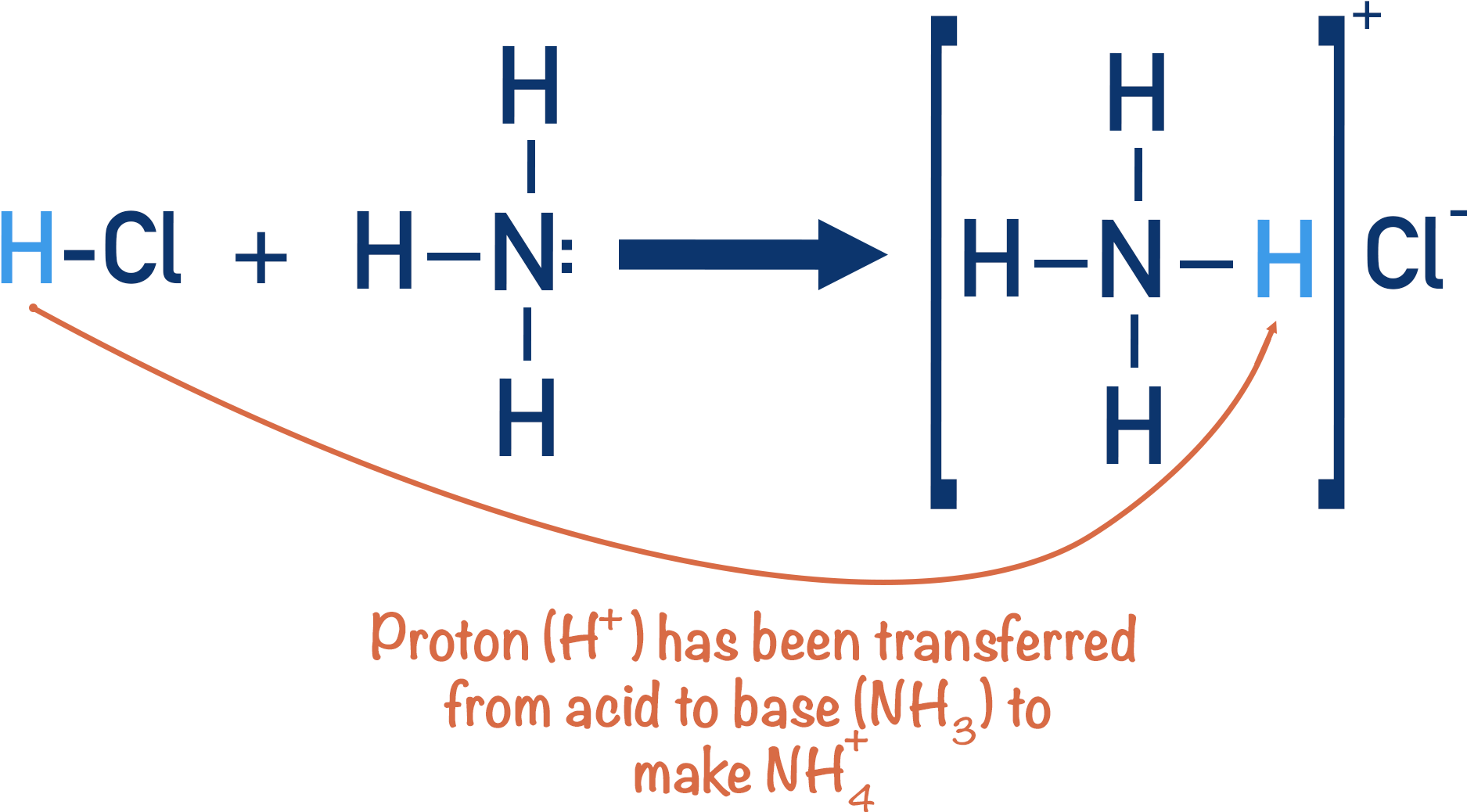 The HCl acts as an acid (giving away a proton) and the NH3 acts as a base (accepting the proton).

This seems straightforward and easy to follow, but the actual process that happens is a little more involved.

Remember everything here is aqueous (in water). Acids actually ‘give’ their protons to water molecules, not directly to a base. This forms hydroxonium ions (H3O+) and it is these ions that then go on to react with bases.

Remember the acid is actually giving its proton to a water molecule to form a hydroxonium ion.

This hydroxonium ion then reacts with the hydroxide ion (OH-) in the solution from the sodium hydroxide (NaOH) to form water.

If we combine these equations together, the water that reacts to form the hydroxonium ion reforms at the end, so it can be removed from the equation and we are left with:

In a reaction, when an acid dissociates it forms a negative ion. If this negative ion was to accept a proton, it would re-form the original acid and therefore would act as a base. Equally, if a base accepts a proton it could then later react and release the proton, acting as an acid!

We call these conjugate pairs.