Once the basic principles are understood, electrochemistry can be ‘relatively’ straightforward, and post A-level it can be used to explain a whole range of chemical reactions! These notes may seem long, but it’s vital that the basics are fully understood before attempting exam questions and revising.

When a reactive metal is placed in water, some of its atoms are oxidised – losing electrons to form positively charged ions.

The positively charged ions dissolve into the water. The electrons, however, have nowhere to go and build-up on the surface of the solid metal. 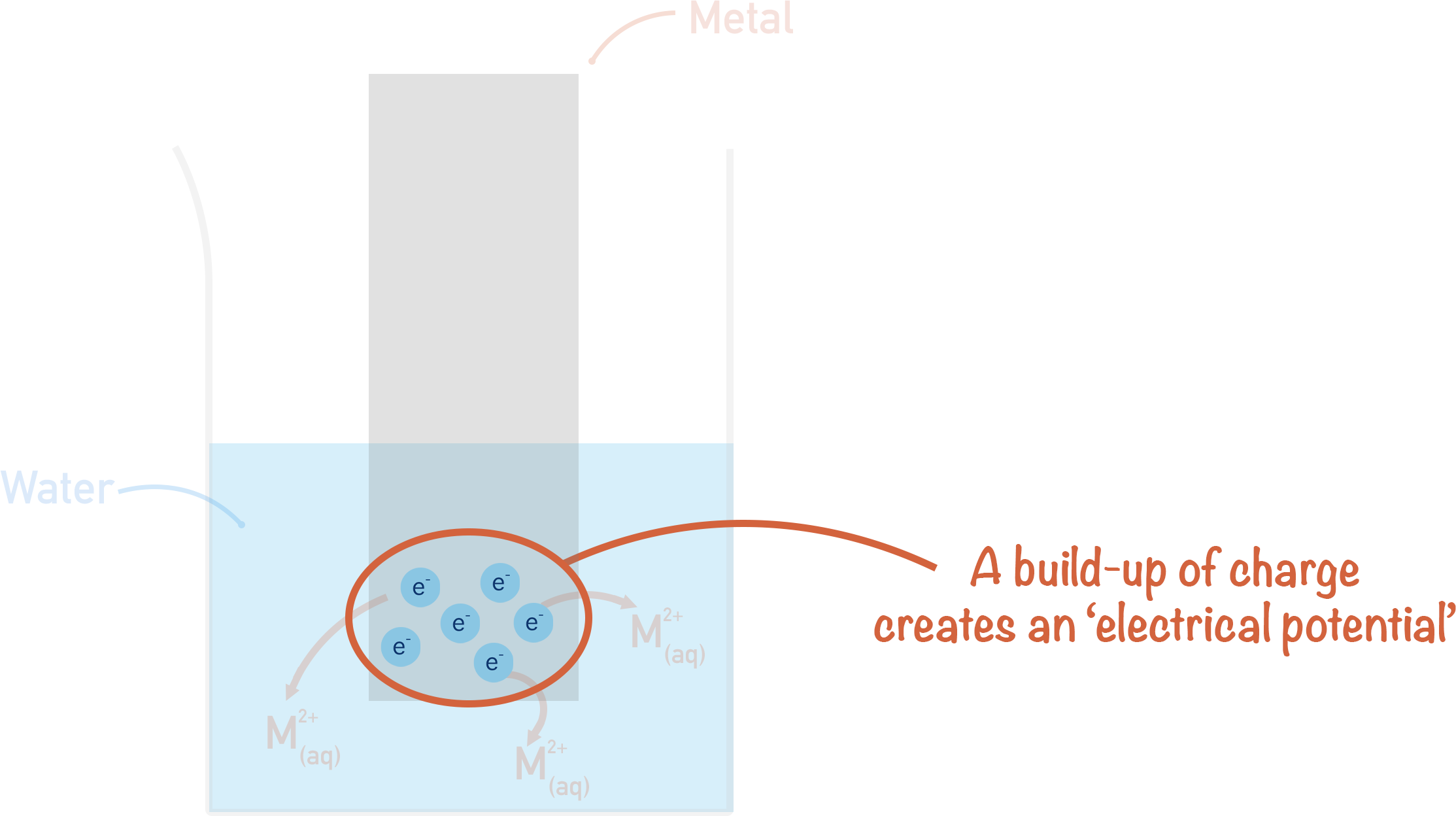 Most metals react in the following way (although not all metals form a 2+ charge) when oxidised.

Oxidation of metals is a reversible process: positively charged metal ions can be reduced by gaining electrons.

Once there is a high enough concentration of positive ions in the solution, the metal ions will pick up electrons from the surface of the metal and reform solid metal atoms. The metal ions are reduced.

Eventually, an equilibrium will form between the water with ions in (electrolyte) and the solid metal (electrode), meaning the electrical potentials of both will remain constant.

If you place a piece of metal in a solution that contains ions of that metal, equilibrium will be established much faster than when simply using water as above. The position of equilibrium can also be changed by altering the concentration of ions in the solution, forming a new electrode potential (potential difference between the metal strip and the solution). This arrangement is called a half-cell.

If there is a high concentration of metal ions in a solution, the position of equilibrium will move to the right; electrons will actually be removed from the surface of the metal (electrode) as more reduction of metal ions will happen. Now, the electrode potential will be different as it will be forced to give electrons to the metal ions for a reduction reaction.

How negative or positive the electrode potential is can be controlled by the reactivity of the metal electrode used and the concentration of its ions in the electrolyte used in the half-cell.

The absolute key thing to understand here is that the position of equilibrium in the half-cell can be changed! This is important when dealing with electrochemical cells and cell potentials – this is to come!

Take iron and zinc. Zinc is more reactive than iron, so if solid samples of both are placed in separate solutions containing their own ions, more zinc ions will be present than iron. To keep it simple, we will assume both solutions are the same concentration. 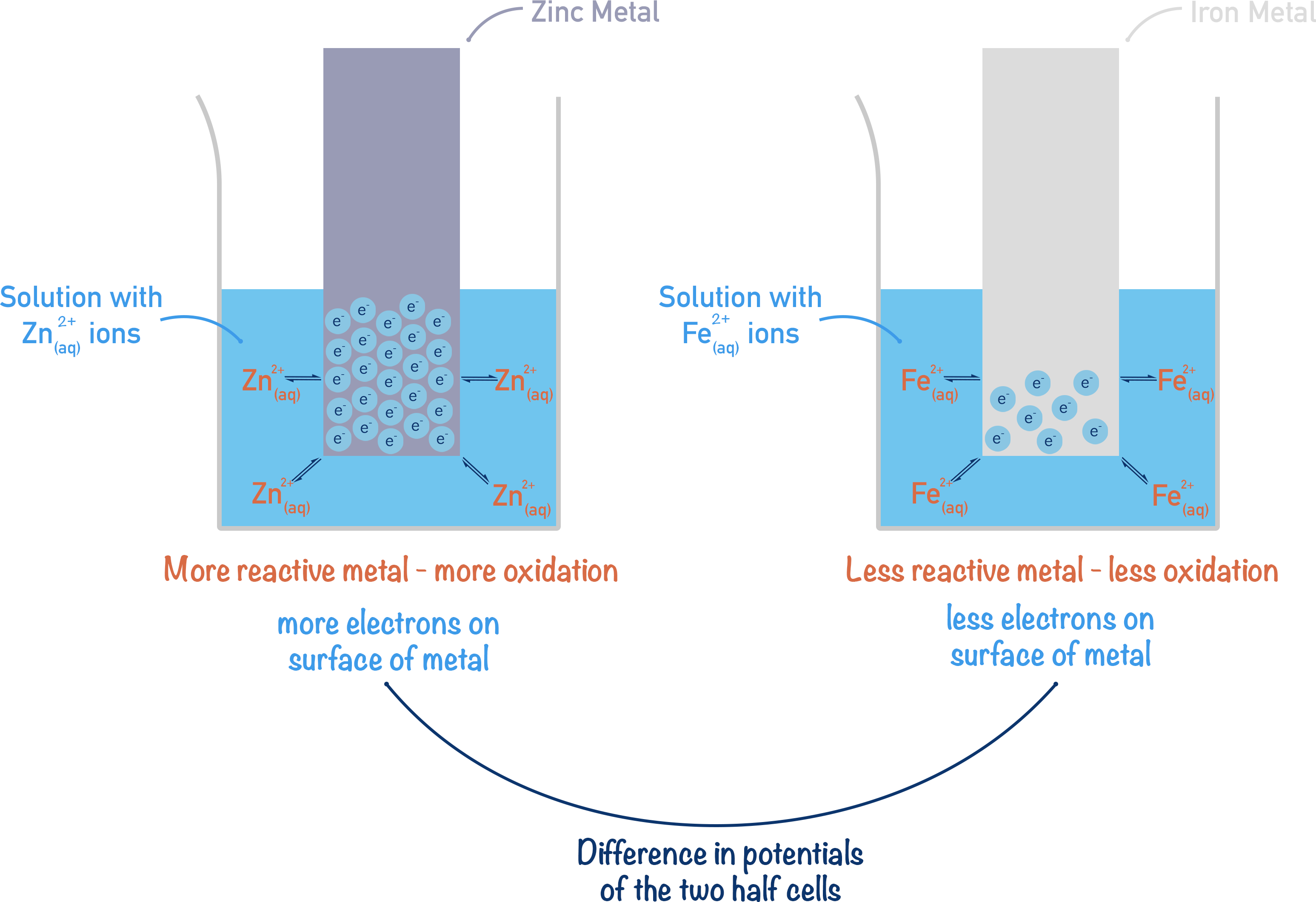