When two different half-cells are combined, interesting things can happen!

Let’s take a zinc half-cell and an iron half-cell.

We know that zinc is more reactive than iron, so the zinc (electrode) will have a greater number of electrons on its surface than the iron (electrode). This is because the position of equilibrium for the Zn2+ / Zn reaction lies more to the left than with the Fe2+ / Fe reaction. See Electrochemistry – The Basics. 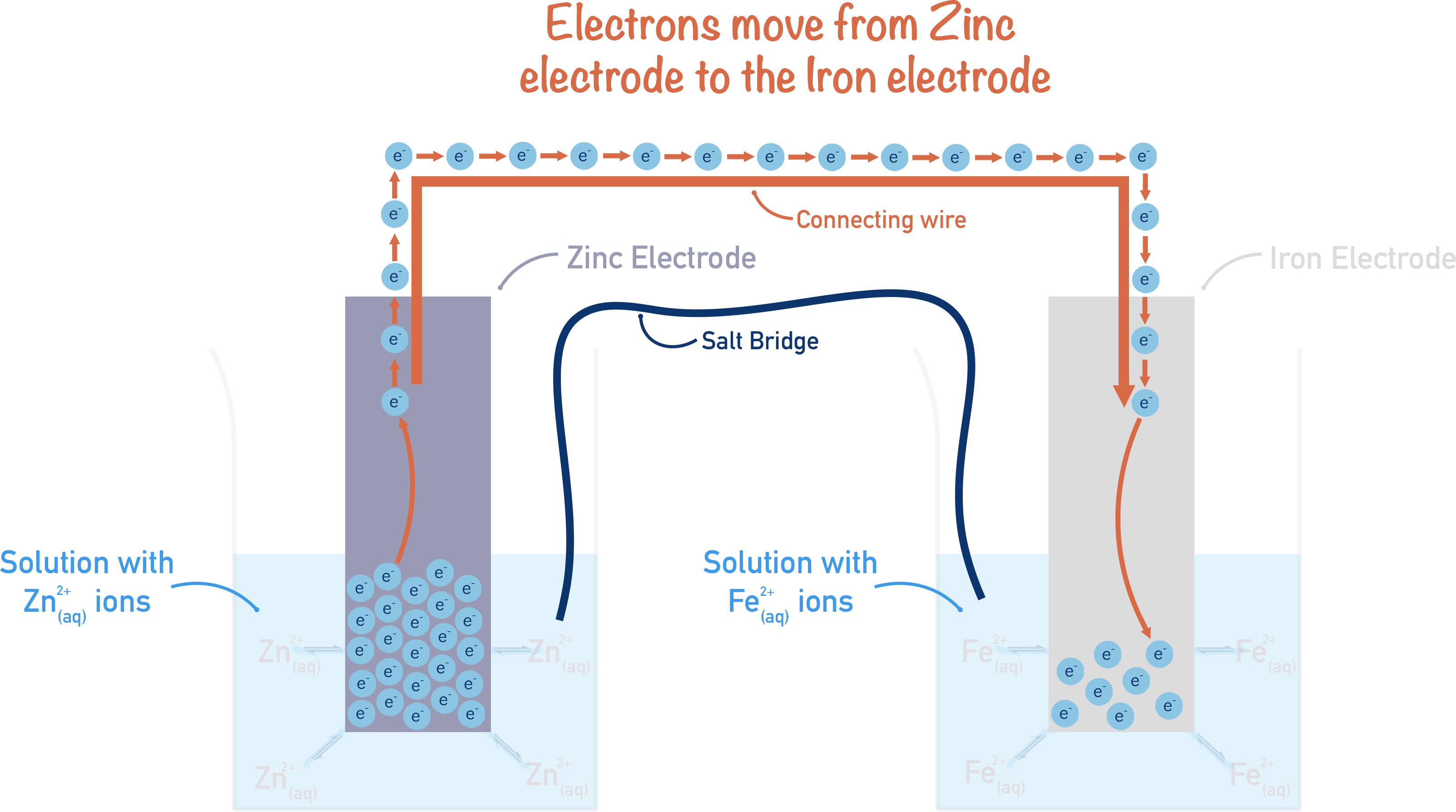 The amount of current produced is a result of how much the electrode potentials of each half-cell differ (hence, potential difference – the difference in two potentials). 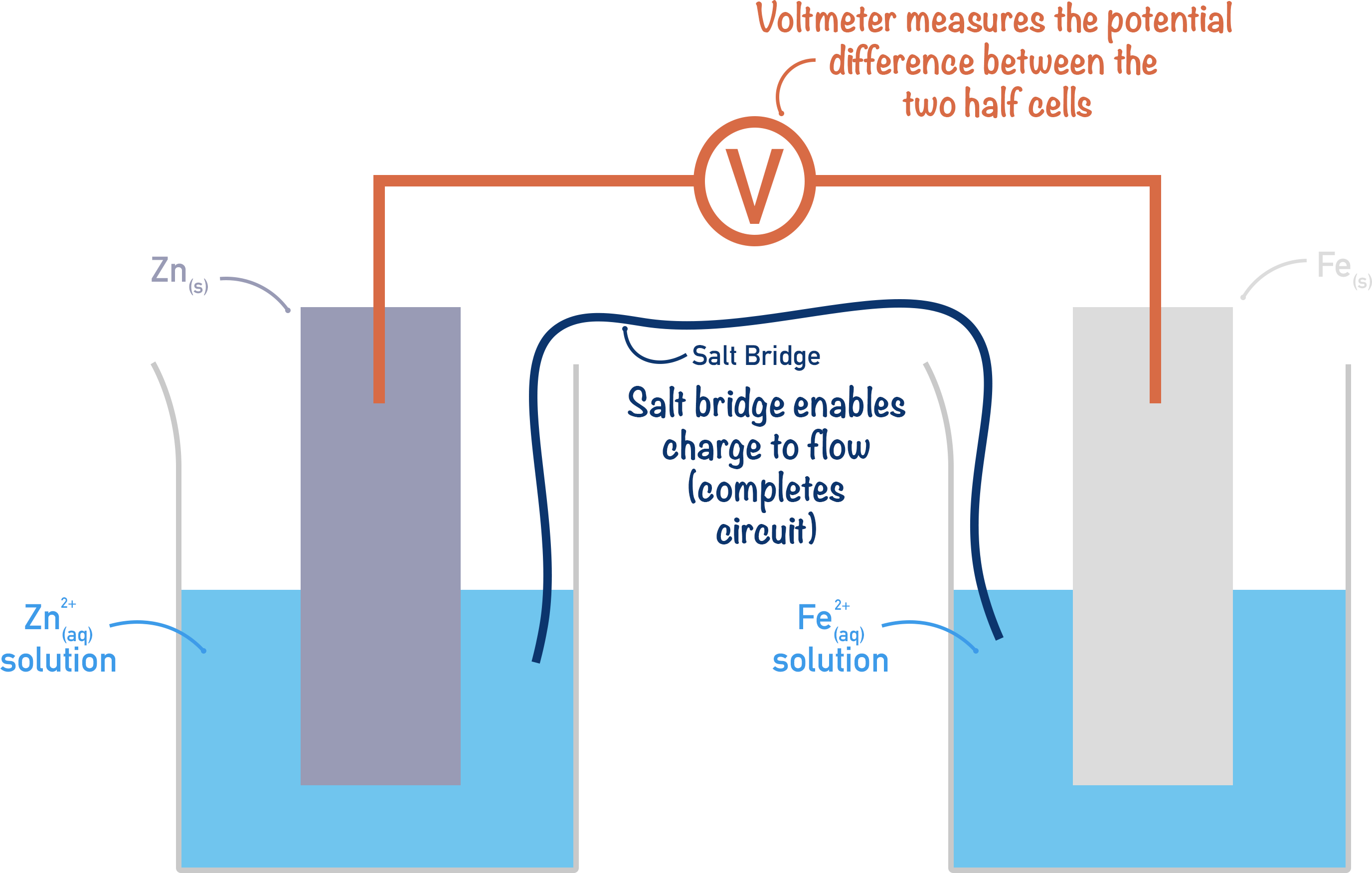 The key thing here is that the potential difference of an electrochemical cell is based on the half-cells used and their relative electrode potentials.

All this means that we are only interested in the electrode potentials of each half-cell relative to other half-cells. The actual potential of a half-cell is largely meaningless in electrochemistry, we need to know how one half-cell compares to another.

The same half-cell used each time is the standard hydrogen electrode and the measurements made are called standard electrode potentials. See Standard Electrode Potentials.