If there are only carbon and hydrogen atoms in a molecule, it's called a hydrocarbon. When the carbon atoms are all bonded with single carbon-carbon bonds, it’s called an alkane.

Alkanes are not particularly reactive as they are made up of (relatively) strong carbon to carbon (C-C) and carbon to hydrogen (C-H) covalent bonds.

The difference in electronegativity between carbon and hydrogen is small, so carbon-hydrogen bonds are not polar. This is why hydrocarbons do not dissolve in water (liquid hydrocarbons are immiscible in water) and are commonly make up oils. 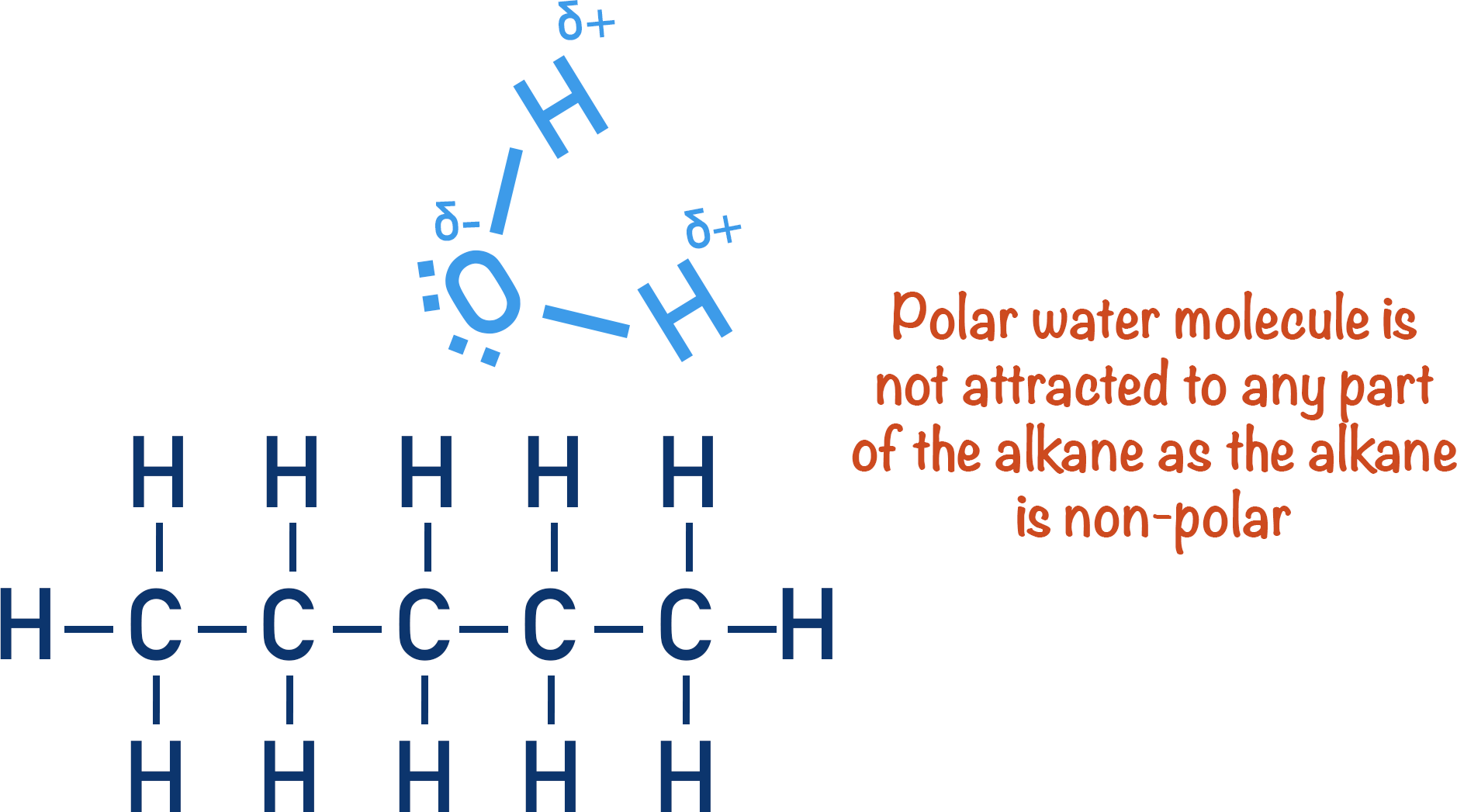 When combusted, bonds in the alkane are broken. The elements in the alkane react with oxygen and their oxides are produced. If sufficient oxygen is present, complete combustion takes place, producing carbon dioxide and water.

Oxygen levels that are very low can actually cause carbon (soot) and water to be produced.

Depending on the purity of the alkane fuel being combusted, other oxides can be produced. Some of these oxides can be very bad for the environment and toxic for animals; they are called pollutants. Nitrogen oxides, sulphur dioxide and carbon monoxide gases are present in car emissions. The appearance of black smoke from a car exhaust indicates a poor air to fuel mixture in the engine, resulting in insufficient oxygen for complete combustion to occur.

Although alkanes themselves don’t tend to react very often, changing the size of their carbon chains can alter their behaviour and properties.

As you increase the carbon chain length, the alkane molecules become longer, so more temporary dipole-dipole interactions can form between them as there is a greater area of contact between molecules. More interactions means more energy is needed to overcome them, giving longer chain alkanes higher melting and boiling points.