In one scenario, both bonding electrons go to one of the atoms. This creates a negatively charged and a positively charged ion. This kind of bond breaking is called heterolytic fission and is the most common type in organic chemistry.

Note –negative and positive ions aren’t always formed as new bonds can form at the same time as a covalent bond breaks. 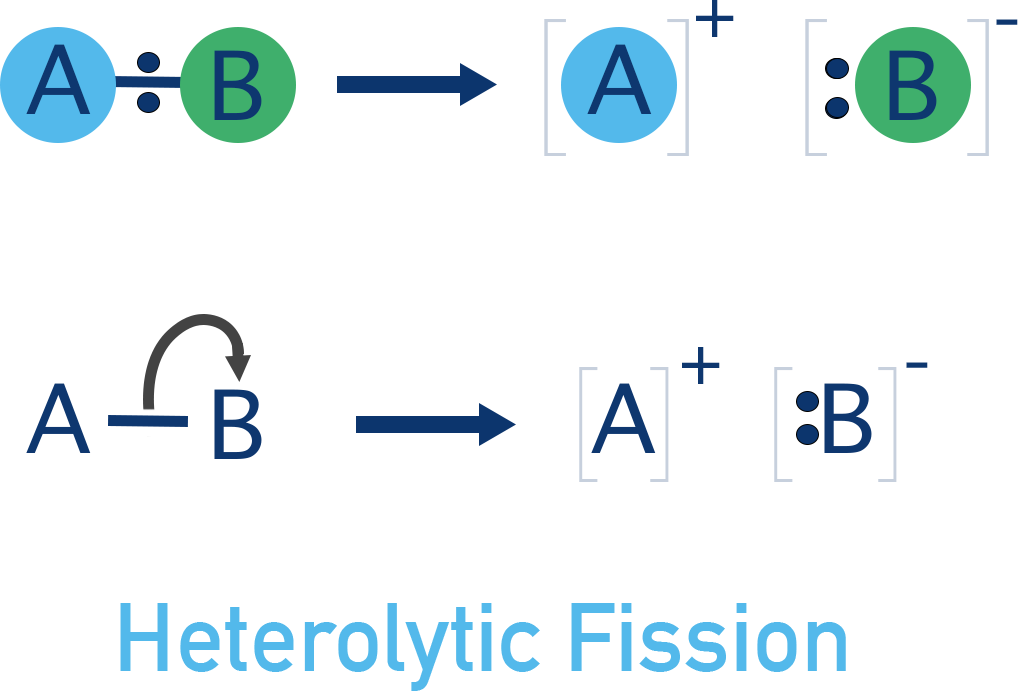 In the second scenario, the bonding electrons can be shared between the two atoms when the bond breaks. This produces two products that have one unpaired electron each.

A radical is written with a • symbol to show one unpaired electron (e.g. Br•). 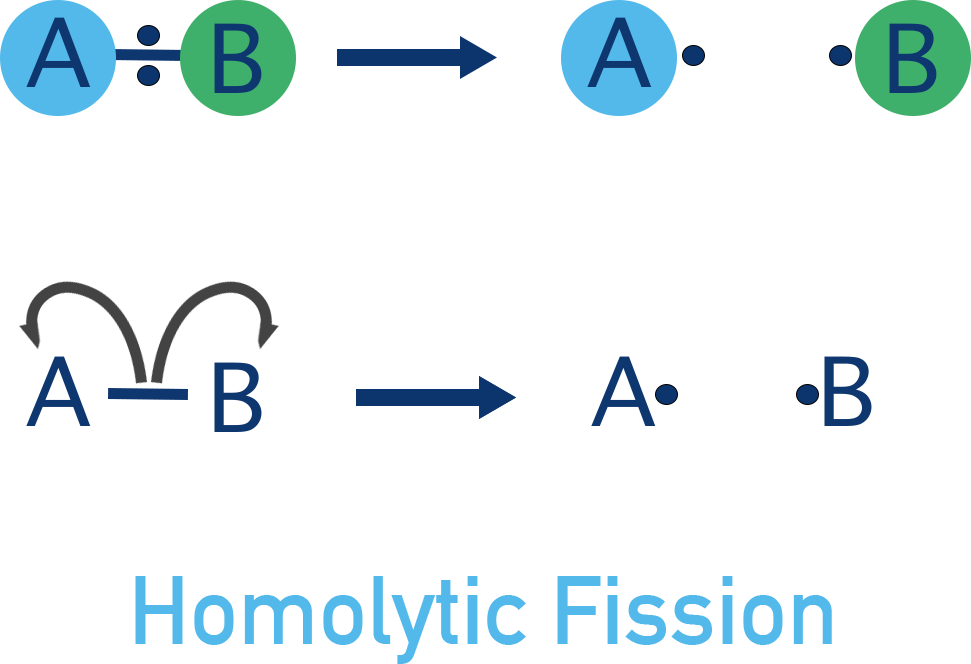 Free-radical Substitution of Alkanes with Halogens

In a substitution reaction, a reacting species is substituted (swapped) for a bonded species in a compound.

Alkanes can react with halogens in the presence of UV light. A halogen is substituted for a hydrogen atom in the alkane to form a halogenoalkane.

The process happens in stages. These stages link together to gives us a ‘mechanism’ that describes how products are formed from the reactants.

A halogen and an alkane will not react without UV light. The UV light is required to form a halogen radical.

In this case the UV light gives energy to the covalent bond in Cl2, so that it undergoes homolytic fission (see above). Producing two Cl• radicals.

Once radicals have been produced in the initiation step, they are free to react with the alkane present (in this case methane).

These new radicals can then react again, producing the desired product and the same species as our starting radical.

When two radicals react together, two unpaired electrons come together and a covalent bond forms. This removes the radicals and ends the chain reaction. Any two radicals can react to end the chain process.

It is important to note that further substitution reactions can happen between the halogenoalkane formed and other chlorine radicals to give us di-chloromethane, tri-chloromethane and tetra-chloromethane (carbon tetrachloride).