Elements with a different number of outer electrons behave differently. This means as you move across a period in the periodic table, elements will exhibit different characteristics. These differences are repeated for each period; we describe these patterns as ‘periodic trends’.

As you go across a period, atomic radius decreases.

Each time you move across a period by one element, the atomic number increases by one; one extra proton and one extra electron are added to an atom of the element. The positive charge of the nucleus increases by one, and the added electrons go into the same outer shell as all the other elements in that period. This increases the electrostatic attraction between the nucleus and the outermost electrons. As the attraction is greater, the electrons are ‘pulled’ in tighter to the nucleus, decreasing the atomic radius.

As you go down a group, atomic radius increases. 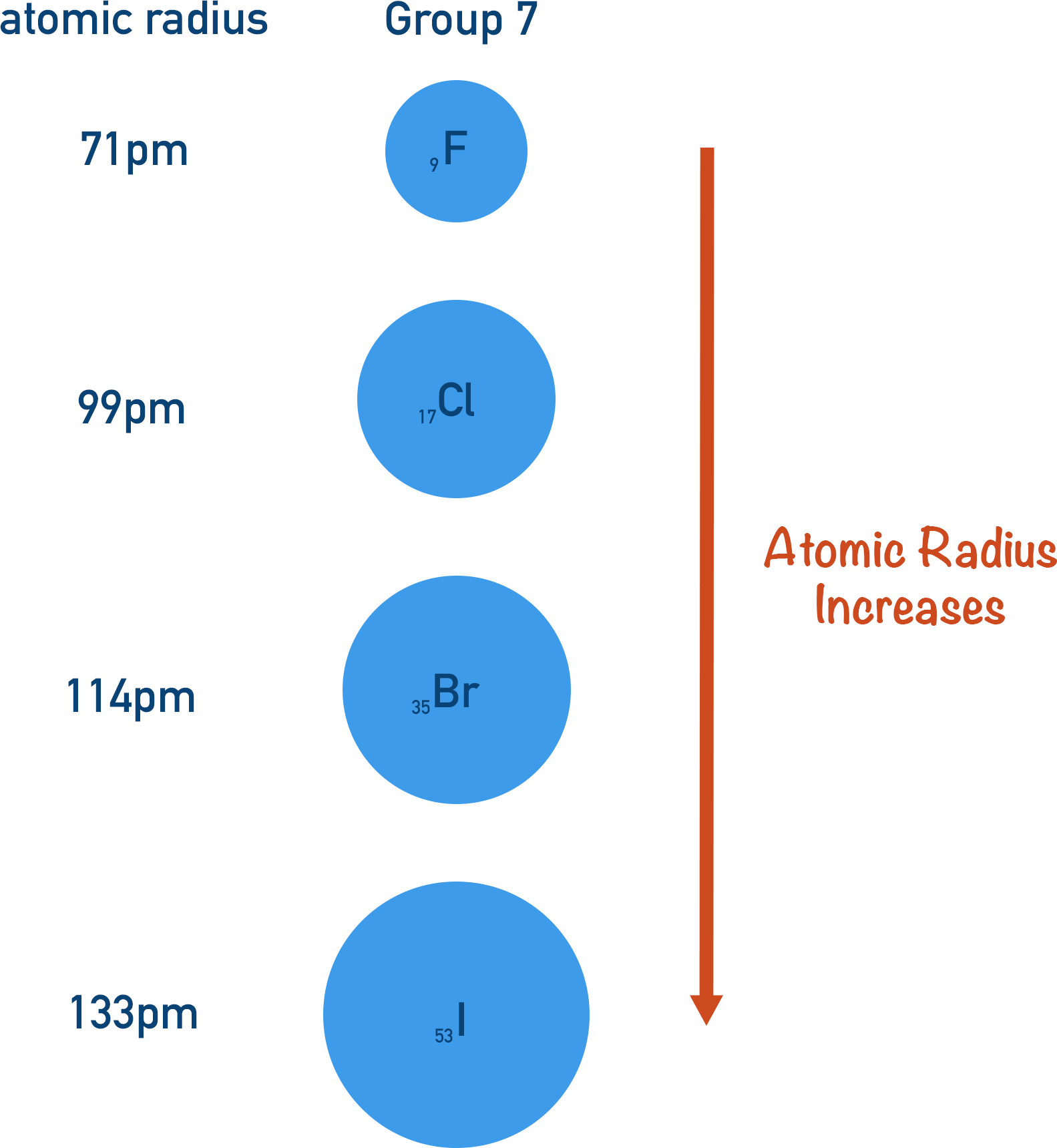