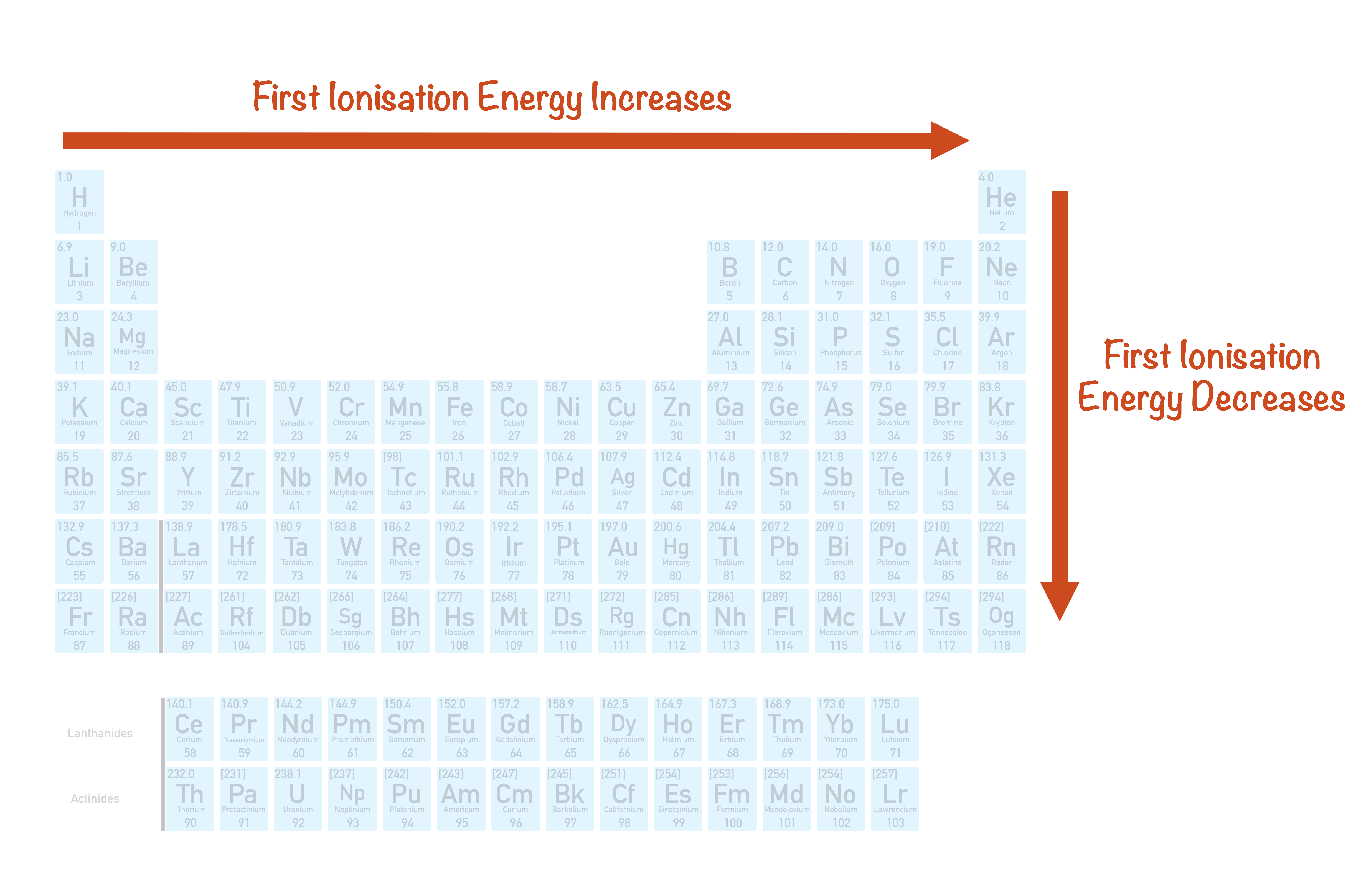 As you go across a period, first ionisation energy increases.

Moving across a period, the atomic number of the elements increases, meaning they have more protons and electrons. An increase in the number of protons results in a nucleus having a greater positive charge. Added electrons go into the same electron shell, meaning the electrostatic attraction between the nucleus and the outermost electrons increases. As the attraction is greater, the electrons are held more tightly to the nucleus, so it is harder to remove them.

This is a general trend, for information on the exceptions to this trend, please see below.

As you go down a group, first ionisation energy decreases. 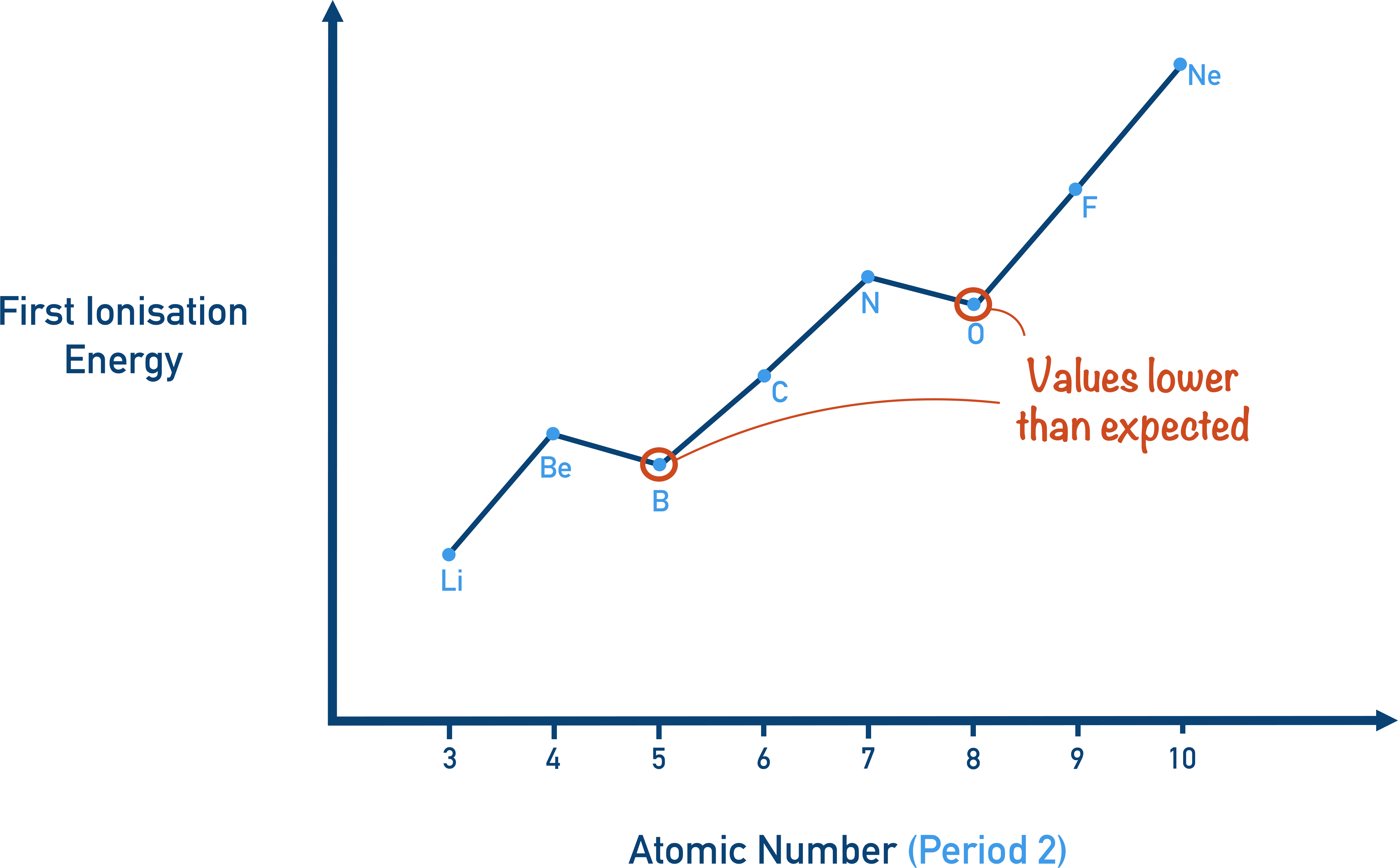 The general trend across a period does have a couple of exceptions.

There is a constant balance here between the distance the electron is from the nucleus and the size of nuclear charge attracting the electron. For boron to carbon, the first ionisation energy increases again as, although the electron being removed is still a 2p electron it’s now experiencing a greater nuclear charge, so it’s pulled in tighter – making it harder to remove.

Oxygen has a lower first ionisation energy than nitrogen.

Electrons have a negative charge and repel each other. There are three p-orbitals (each orbital can hold two electrons), so when all the p-orbitals are half-filled, the electrons within repel equally and arrange themselves as far away from one another as possible. This gives a partially stable configuration, making it harder to remove an electron (as for nitrogen).

If we add another electron though, the electrons cannot be equally as far away from one another. This leads to increased electron repulsion and results in a higher energy configuration – an electron experiencing this extra repulsion is now easier to remove, meaning the first ionisation energy decreases (as for oxygen).

However, as with the previous exception, the nuclear charge increases from oxygen to flourine, the extra positive charge is enough to ‘over-ride’ the repulsion from other electrons in the 2p subshell; the greater attractive force becomes the dominant factor, meaning the first ionisation energy increases.