The melting and boiling points of an element are linked to the type of structure that the element exists in.

For example, hydrogen (H2) has a very low melting point because it’s a simple molecular substance. In a solid state, hydrogen molecules are only held together with very weak temporary induced dipole-dipole interactions that require low amounts of energy to break. The amount of energy needed to overcome these weak forces can be found at very low temperatures – giving hydrogen such a low melting point (-259oC).

Carbon (in the form of diamond) has a very high melting point because it has a giant covalent structure. Each carbon atom is covalently bonded to another four carbon atoms. In order to melt such a structure, many of these strong covalent bonds need to be broken. Covalent bonds require a lot of energy to break, meaning carbon (diamond form) has a very high melting point (around 4000oC). 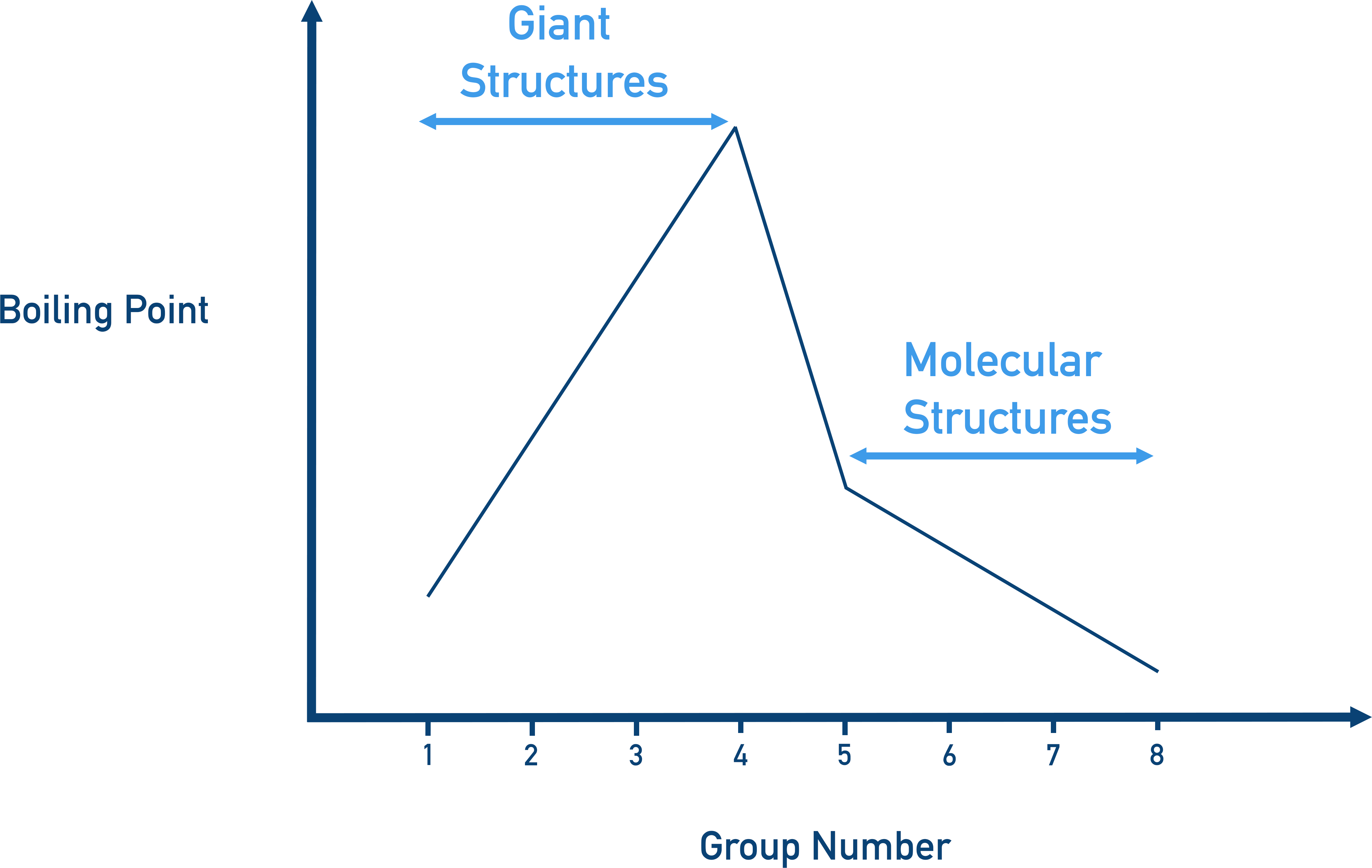 In giant structures, there are many, strong interactions between atoms that require high amounts of energy to break (high melting and boiling points).

In simple molecular structures, there are only weak temporary induced dipole-dipole forces between molecules that require little energy to break (low melting and boiling points).