In a perfect covalent bond, one pair of electrons is shared equally between two atoms. Each atom has an ‘equal’ share of the electrons, and there is equal distribution of electrons across the bond. 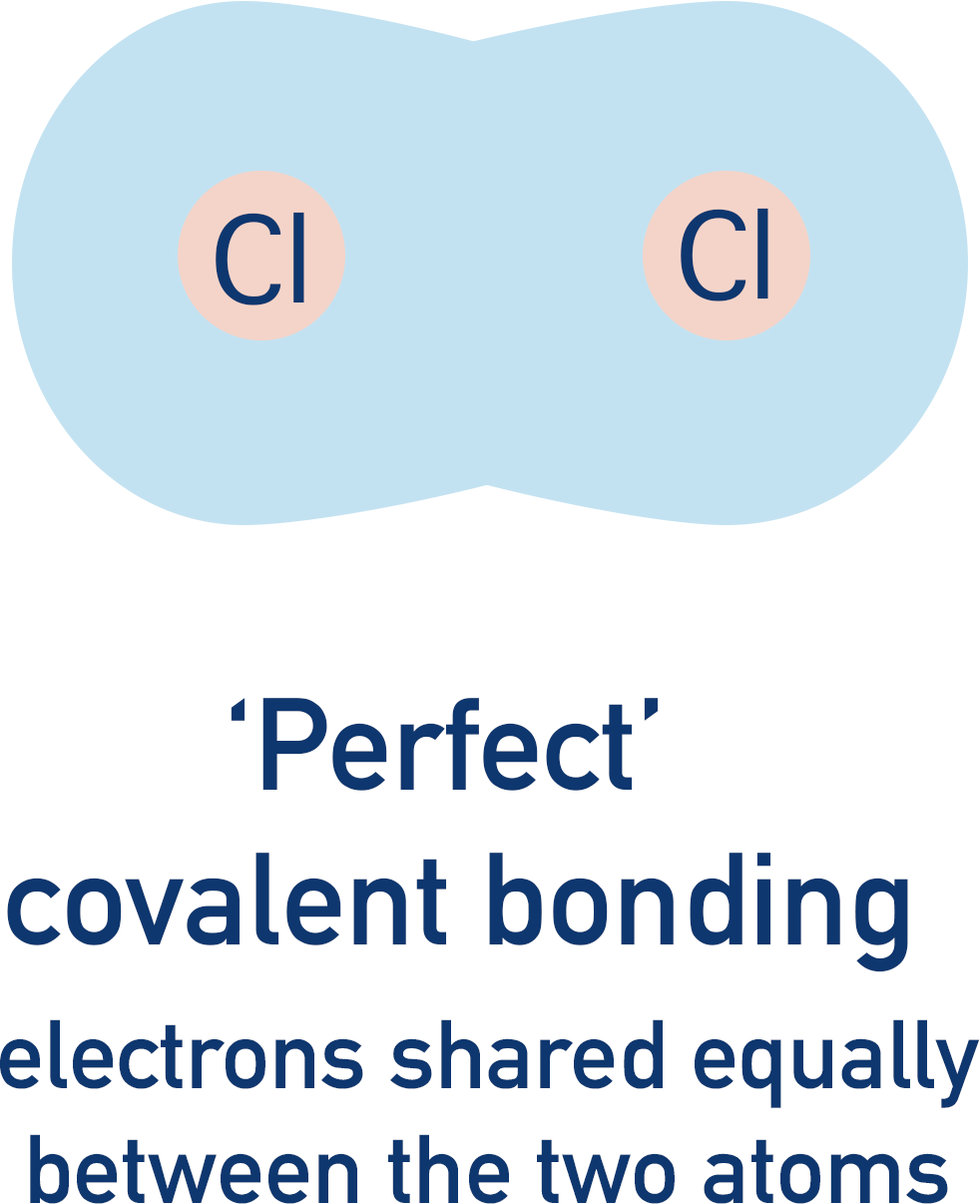 Very few covalent bonds are ‘perfect’ – electrons are very rarely found equally shared between two atoms. Electronegativity values show us that certain atoms pull electrons towards themselves in a covalent bond more than others. This creates unequal electron distribution in the bond and makes it polar. If the bonds become very polar, the bonding atoms start to behave like charged ions; the ‘covalent’ bonding starts to resemble ionic bonding. The covalent bond is said to have ‘ionic character’.

In perfect ionic bonding, oppositely charged ions are attracted to each other and can be considered as charged ‘spheres’, with full positive and negative charges evenly spread around the ions. 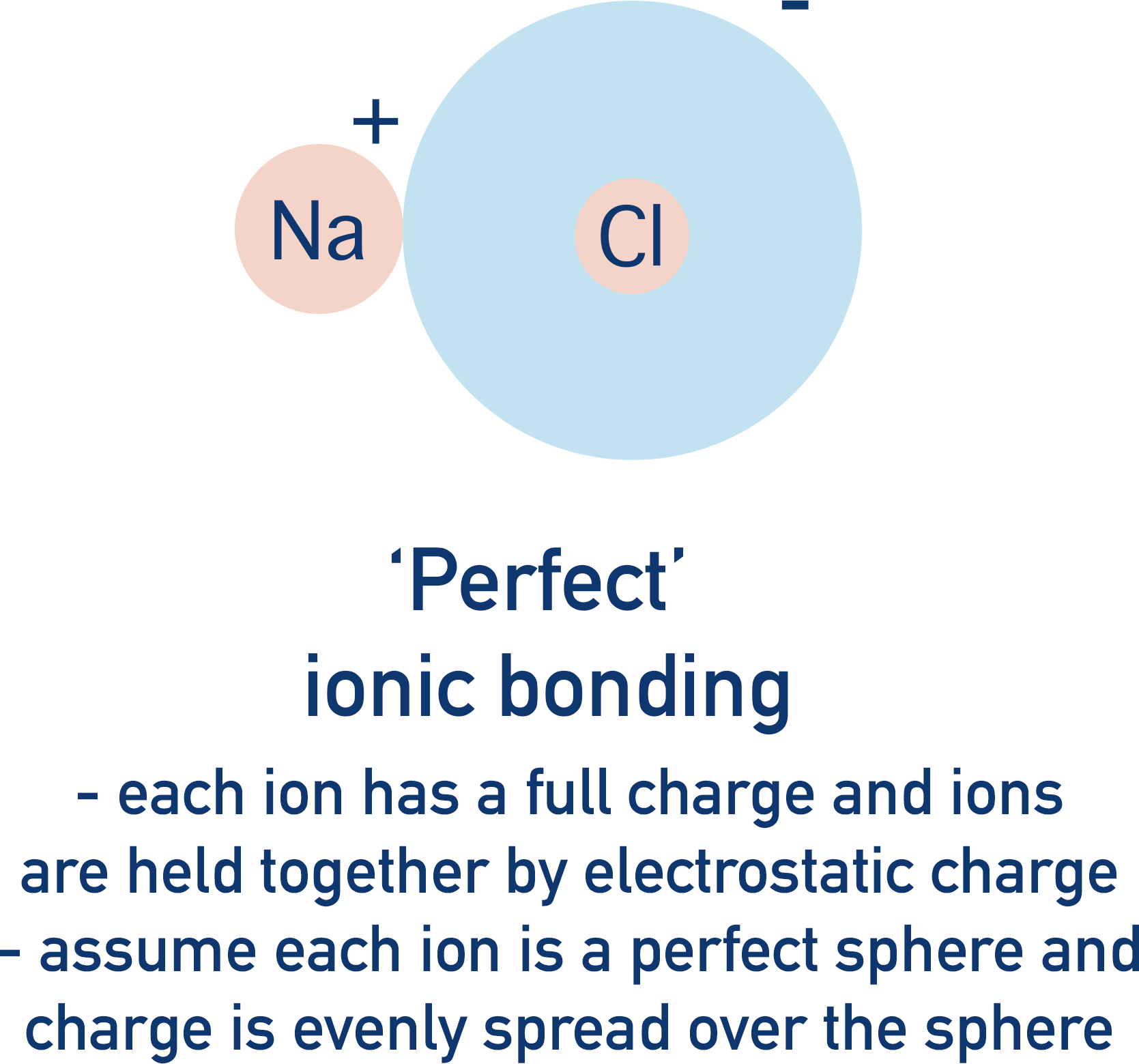 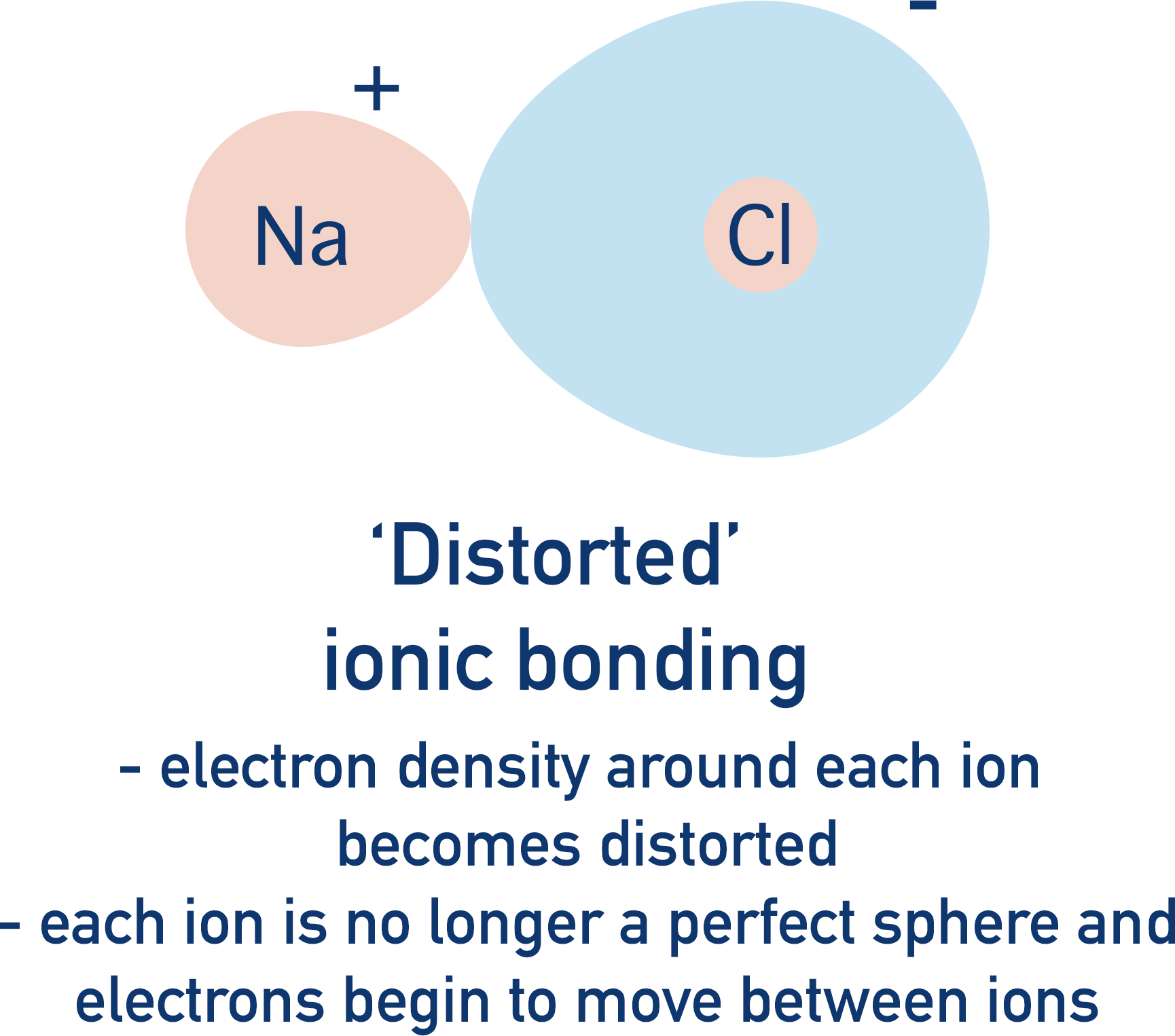 The smaller the difference in electronegativity between two bonding elements, the greater the covalent character of a bond.

In reality, most bonds are somewhere between perfect ionic and perfect covalent.

Effect on Melting and Boiling Points

It is important to recognise that ionic and covalent bonding are models used to describe bonding and, as with most models, they are simplifications. Simplified explanations to complicated topics are rarely a good idea, but students often find the two examples below contradict each other. As a result, these have tried to be explained in a simplified manner.

The actual melting and boiling points that arise are due to the arrangement of ions and atoms in a structure.

The ionic bonding in AgCl exhibits covalent character and, due to the arrangement of ions in the solid structure, a new ‘sub-substructure’ arises. This is a bit like a secondary bond, meaning the structure now has (weakened) ionic bonding and a covalent-type bonding system. The two types of bonding make the structure stronger, increasing its melting and boiling points.

The ionic bonding in Al2O3 also exhibits covalent character. However, unlike in silver chloride, the arrangement of ions means a sub-structure is unable to form. This means the ionic bonding is weakened by the polarising of the charged aluminium and oxide ions, and no covalent-type bonding system can form. This makes the structure slightly weaker, decreasing its melting and boiling points.