The most stable configuration for most atoms is to have eight electrons in their outermost shell (octet rule). Note, transition metals are an exception to this, (see Transition Metals). The reactivity of an element can often be linked to how easily an atom can ‘get’ to having eight electrons in its outermost shell. This explains why the noble gases (group 8 in the periodic table) are so unreactive, as they do not want to change their electron number.

To get a ‘full outer shell’ electrons can lose or gain electrons and become charged ions.

A common example is the reaction between sodium and chlorine. 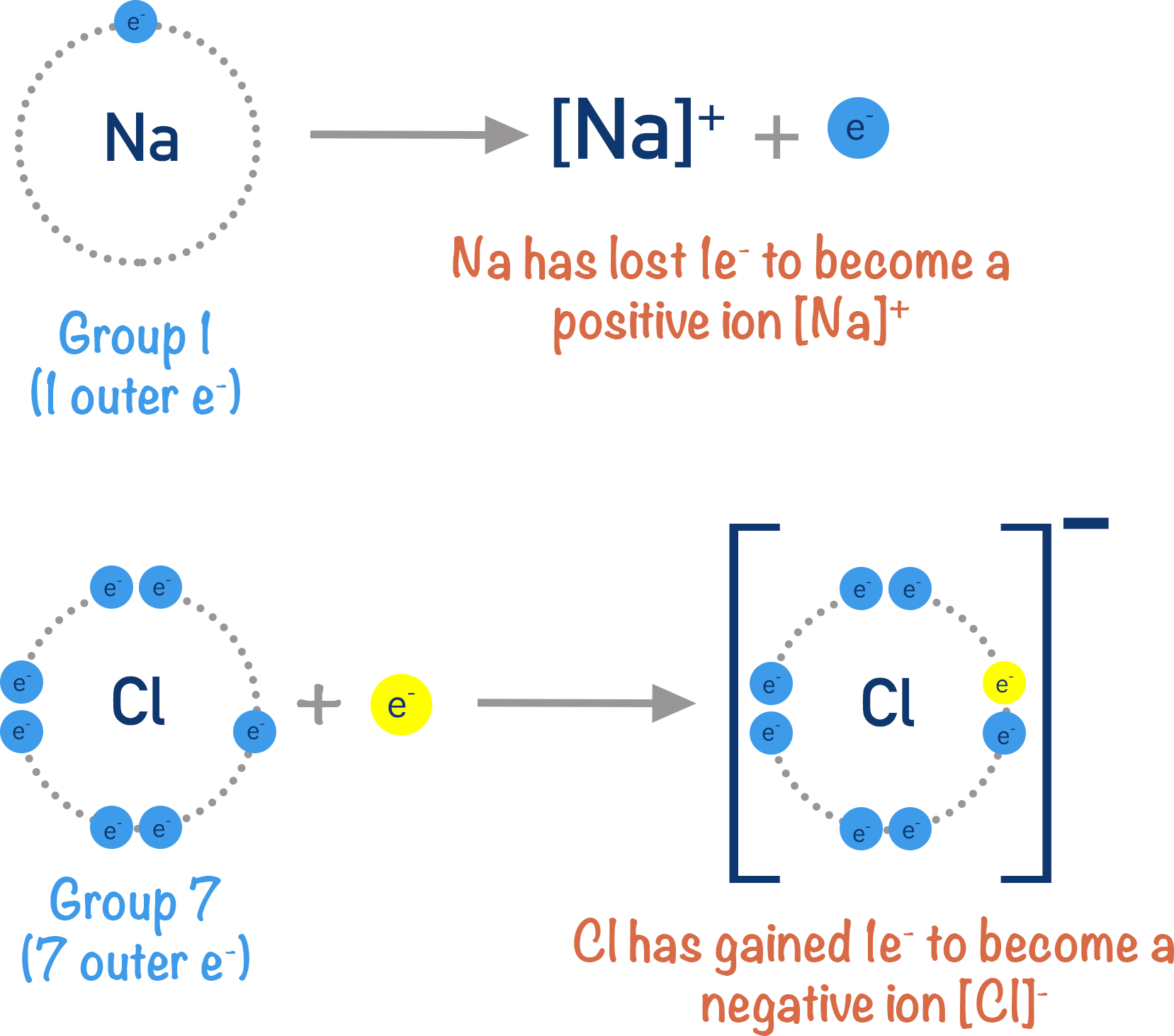 The bonding between the oppositely charged ions is called ‘ionic bonding’.

The group number (one to eight) in the periodic table tells us how many electrons an atom needs to lose or gain to get to a full outer shell, so it can be used to predict the charge of the ion formed. See above.

A large number of oppositely charged ions will arrange themselves to maximise attraction between the opposite charges and minimise the repulsion between the same charges. This leads to the formation of regular, repeating structures called ionic lattices. 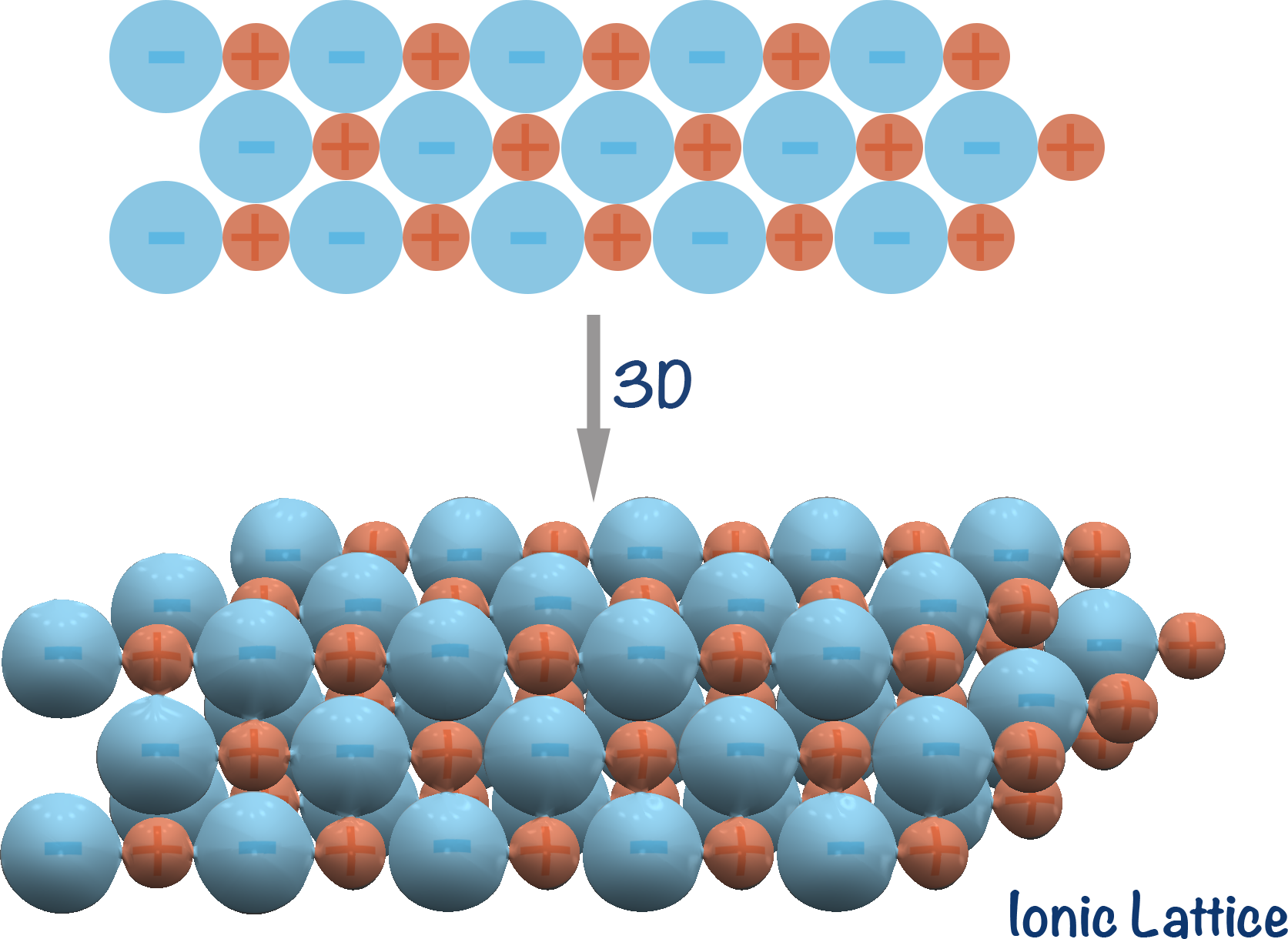 Lattice structures are three dimensional, meaning each ion is attraction to several other ions in the structure, making the ionic lattice very strong and hard to break. This is why ionic compounds usually have very high melting and boiling points.