Molecules can be polar because electrons within a covalent bond are not evenly shared between the bonding atoms. This results in one atom experiencing a greater share of the electrons and becoming partially negatively charged; the other atom becomes partially positively charged as it has a lesser share of electrons. Such a bond is described as polar (it has two ‘poles’ – positive and negative).

But, if you have two atoms that have similar electronegativities (hydrogen and carbon, for example) there will not be a polar bond as neither atom is significantly better at pulling the electrons towards itself than the other.

There is nearly always an uneven distribution of electrons within a covalent bond if the bonding atoms are not the same, but the difference is often so small that at A-level we do not consider the C-H bond to be polar. 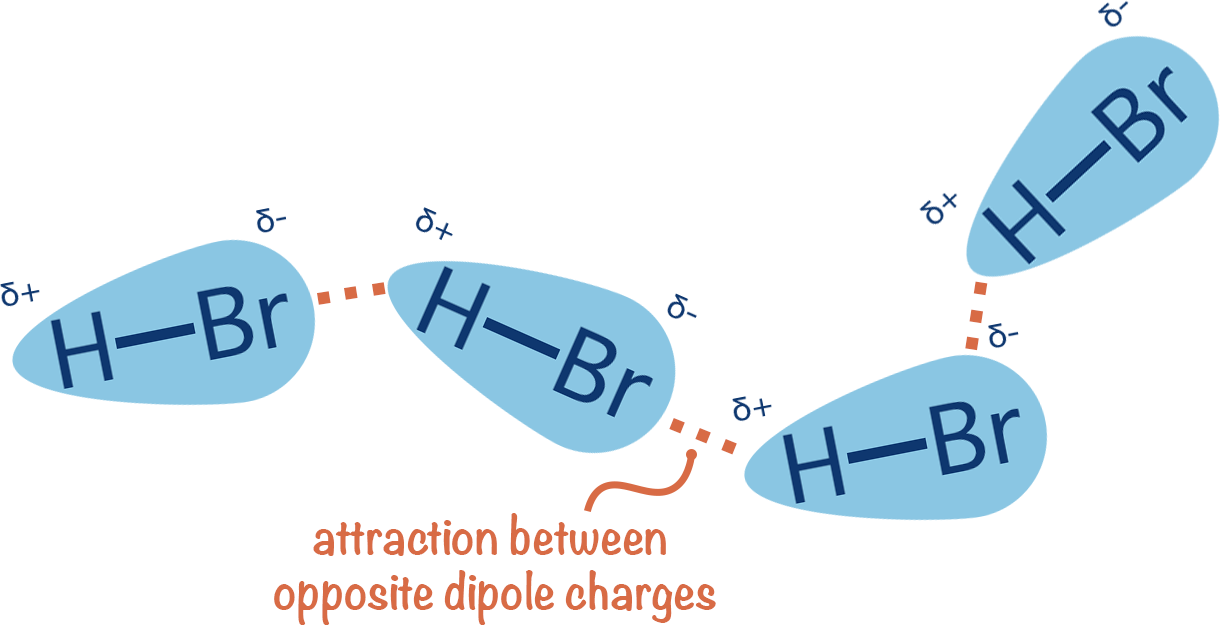 Opposite charges attract and this electrostatic attraction allows forces to arise between the polar bonds. These forces are known as permanent, dipole-dipole interactions.

The more polar a molecule or bond is, the stronger the dipole-dipole forces are because the forces of attraction are greater.