Chromatography is a technique used to separate a mixture and/or analyse the purity of a substance.

Chromatography works by comparing how long a substance spends in either the mobile or stationary phase. 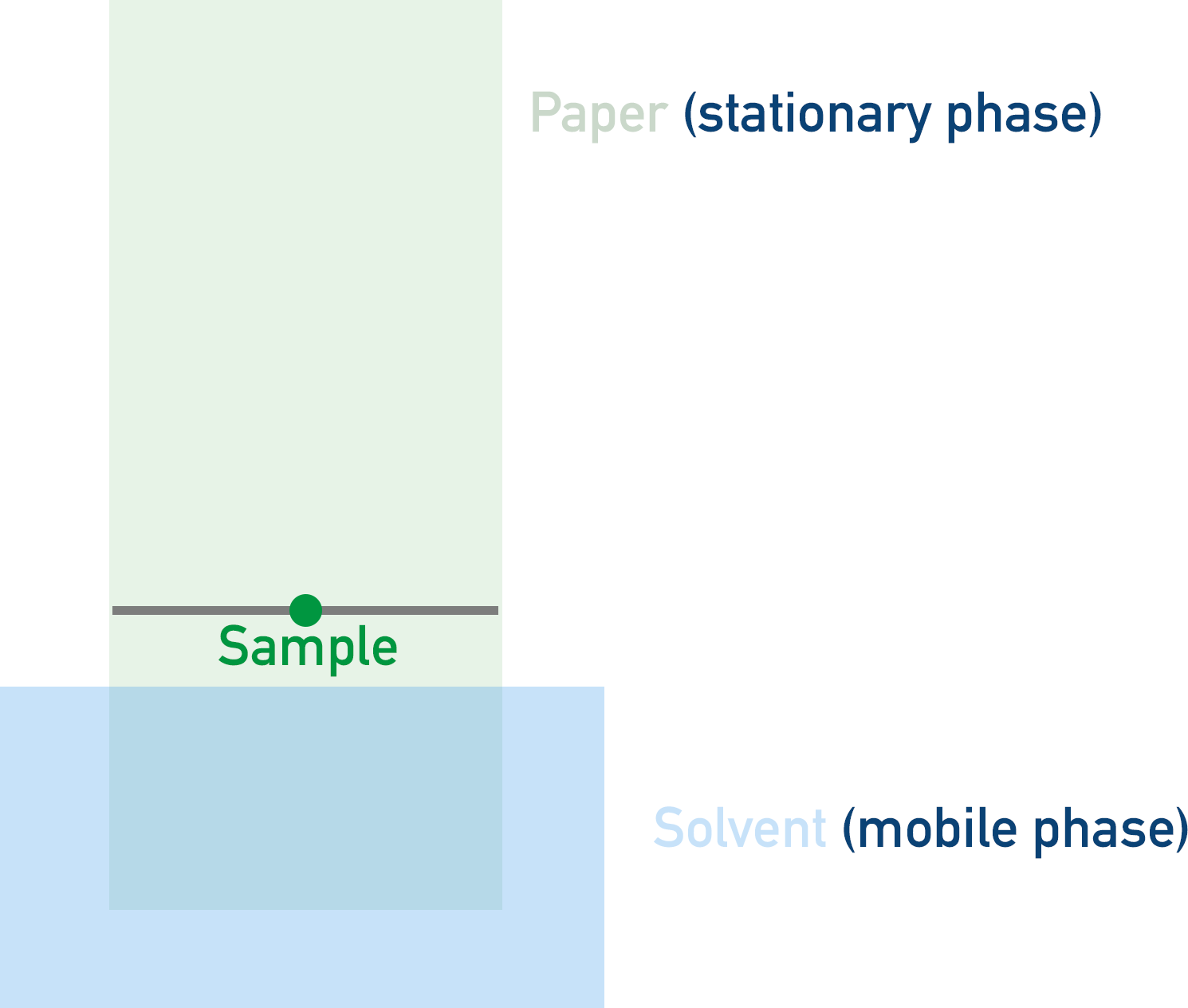 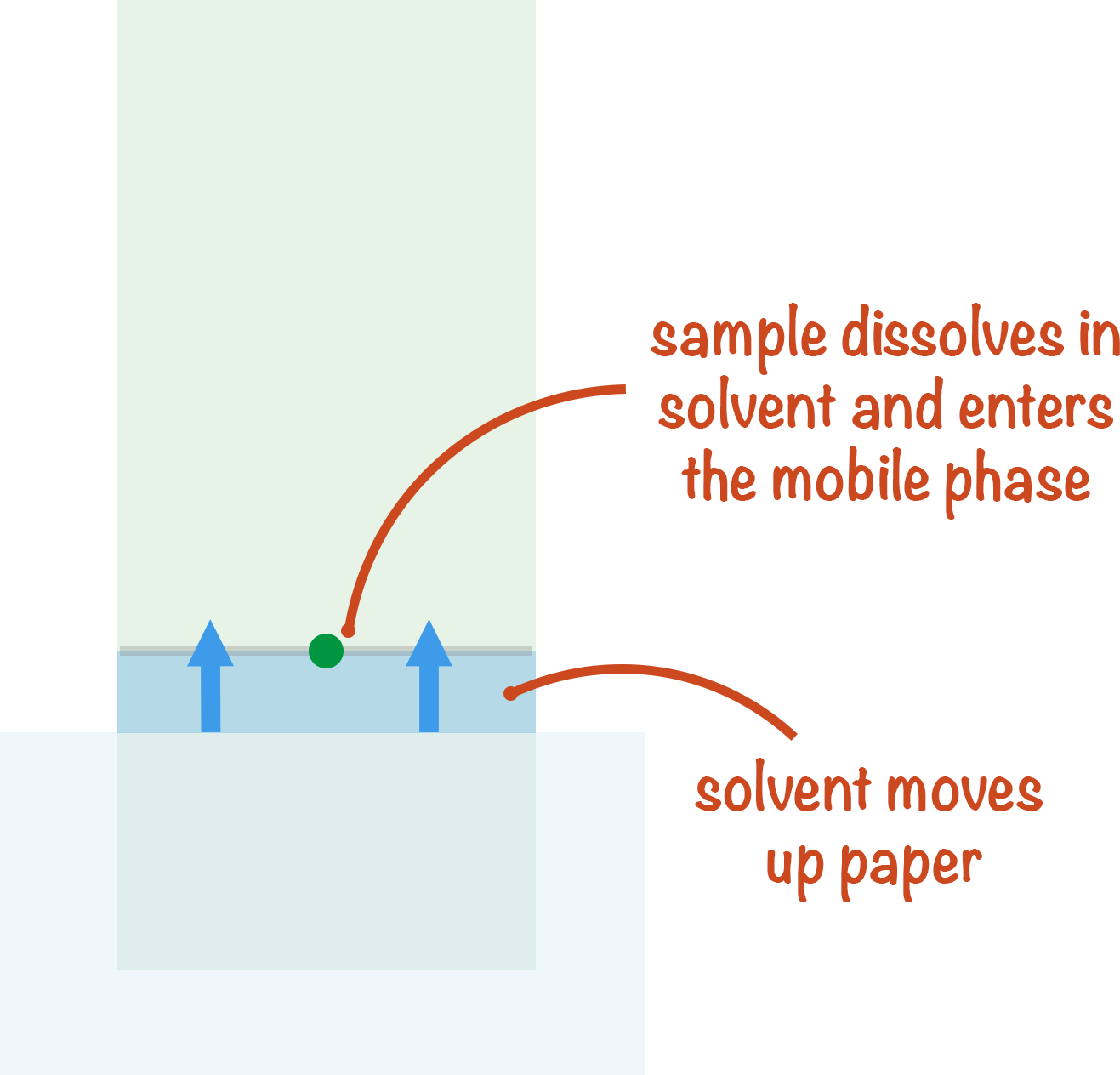 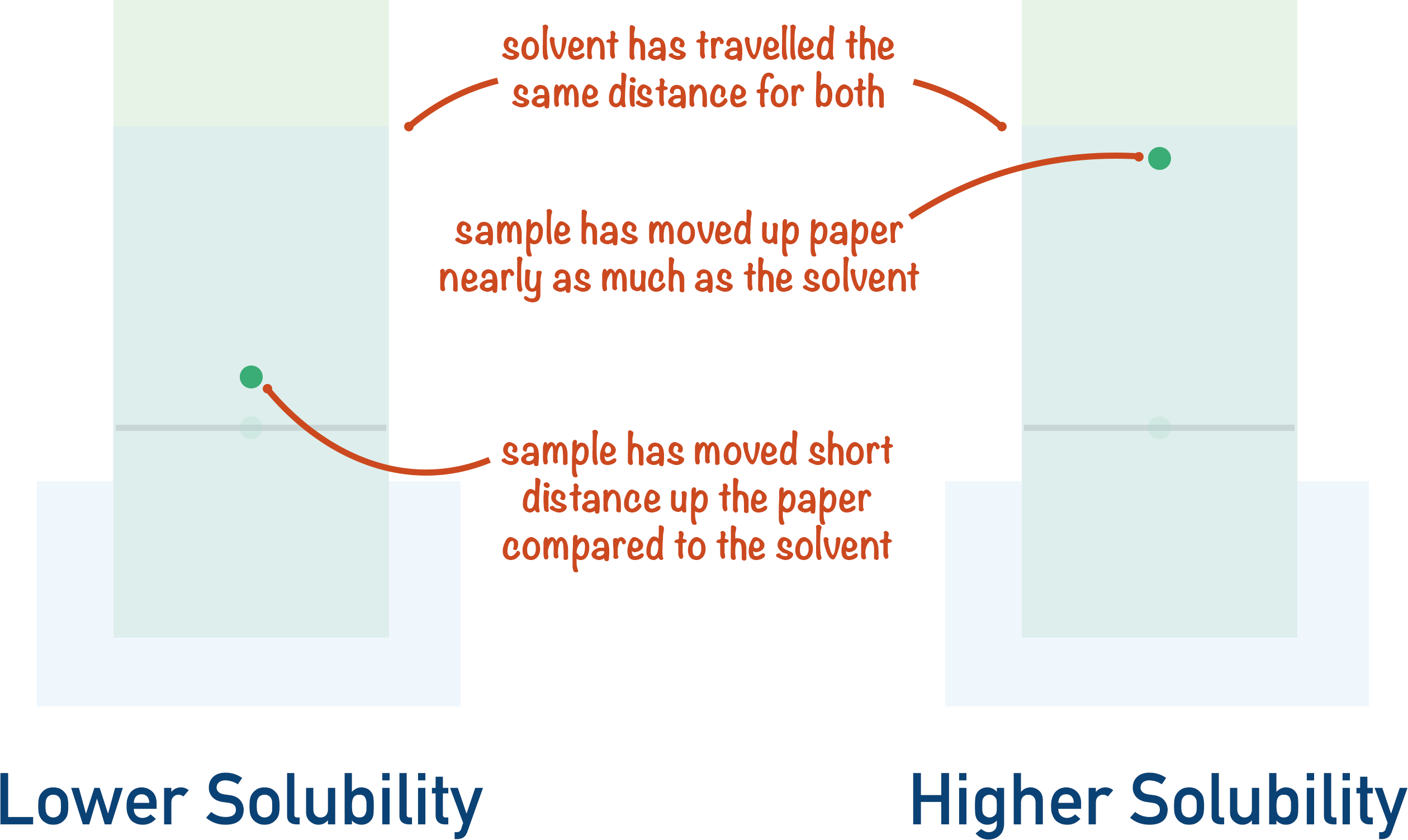 This affinity (desire) to be in either the mobile or stationary phase allows a sample mixture to be separated, as all the substances in the mixture will travel up the paper differing amounts. 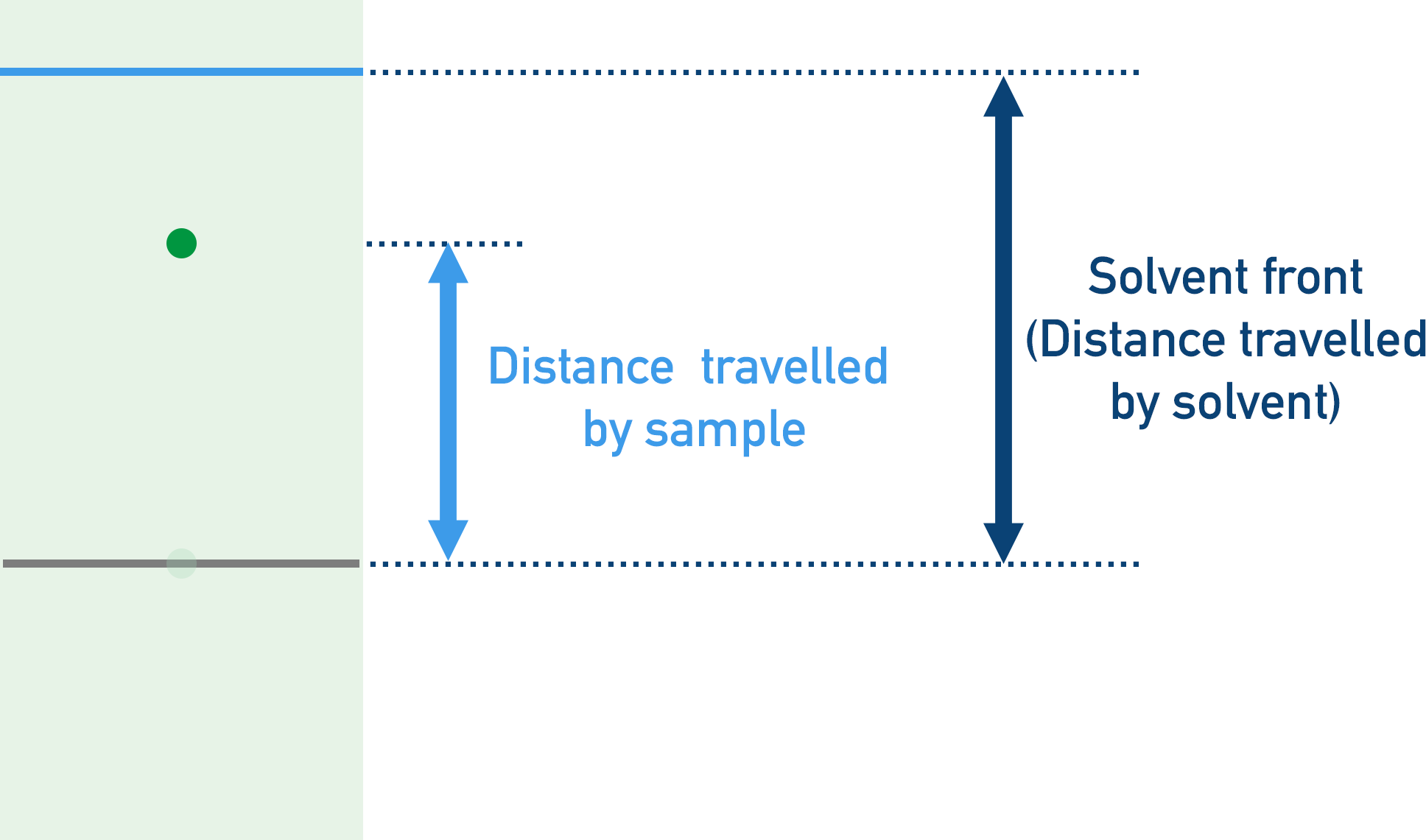 Rf values have no units.

Thin layer chromatography (TLC) works in a similar way to paper chromatography, using a stationary phase made of a thin plate coated with silica (often with an aluminium backing to help with strength) instead of a paper plate. 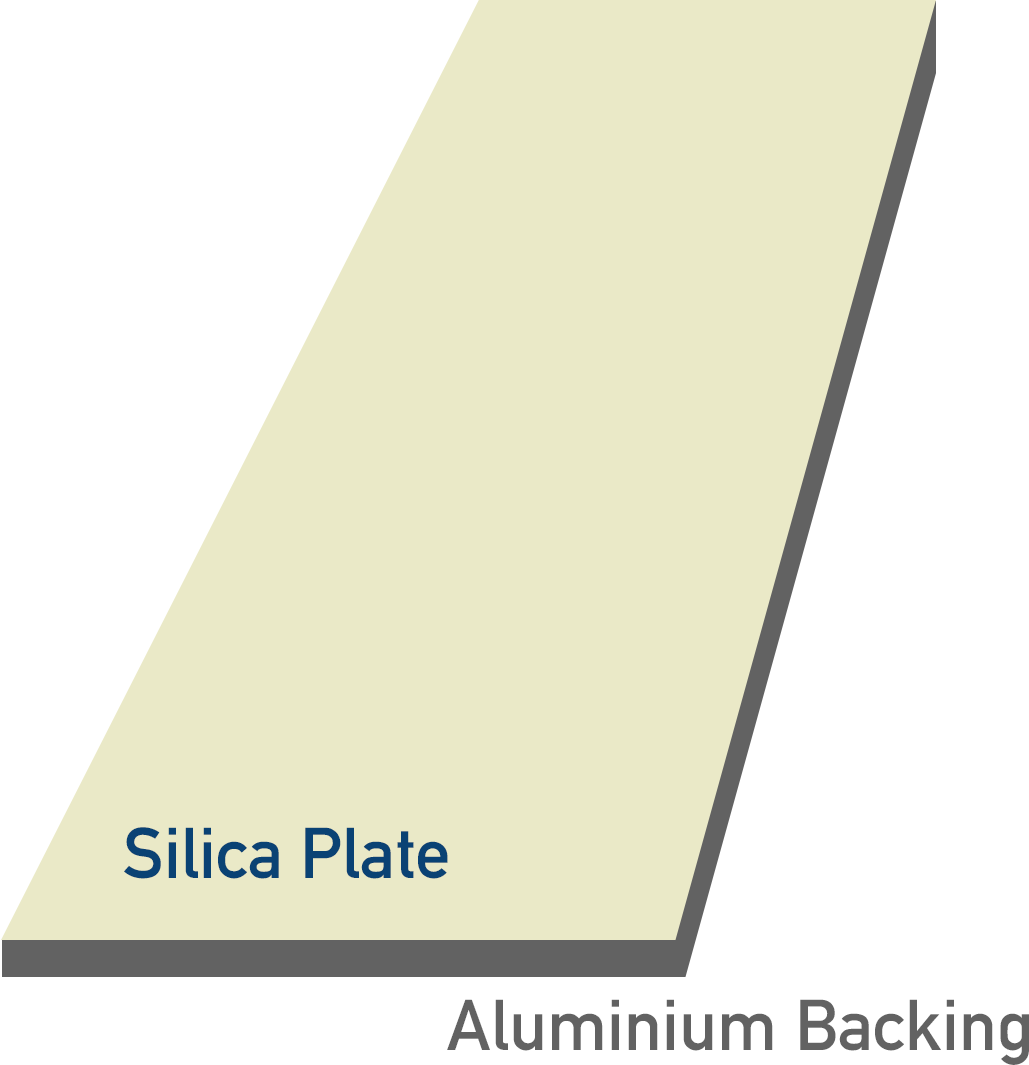 Many organic substances have no colour, so ultraviolet light (or a fixing compound) is used to identify sample spots on the plate. This enables Rf values to the calculated in the same way as for paper chromatography. 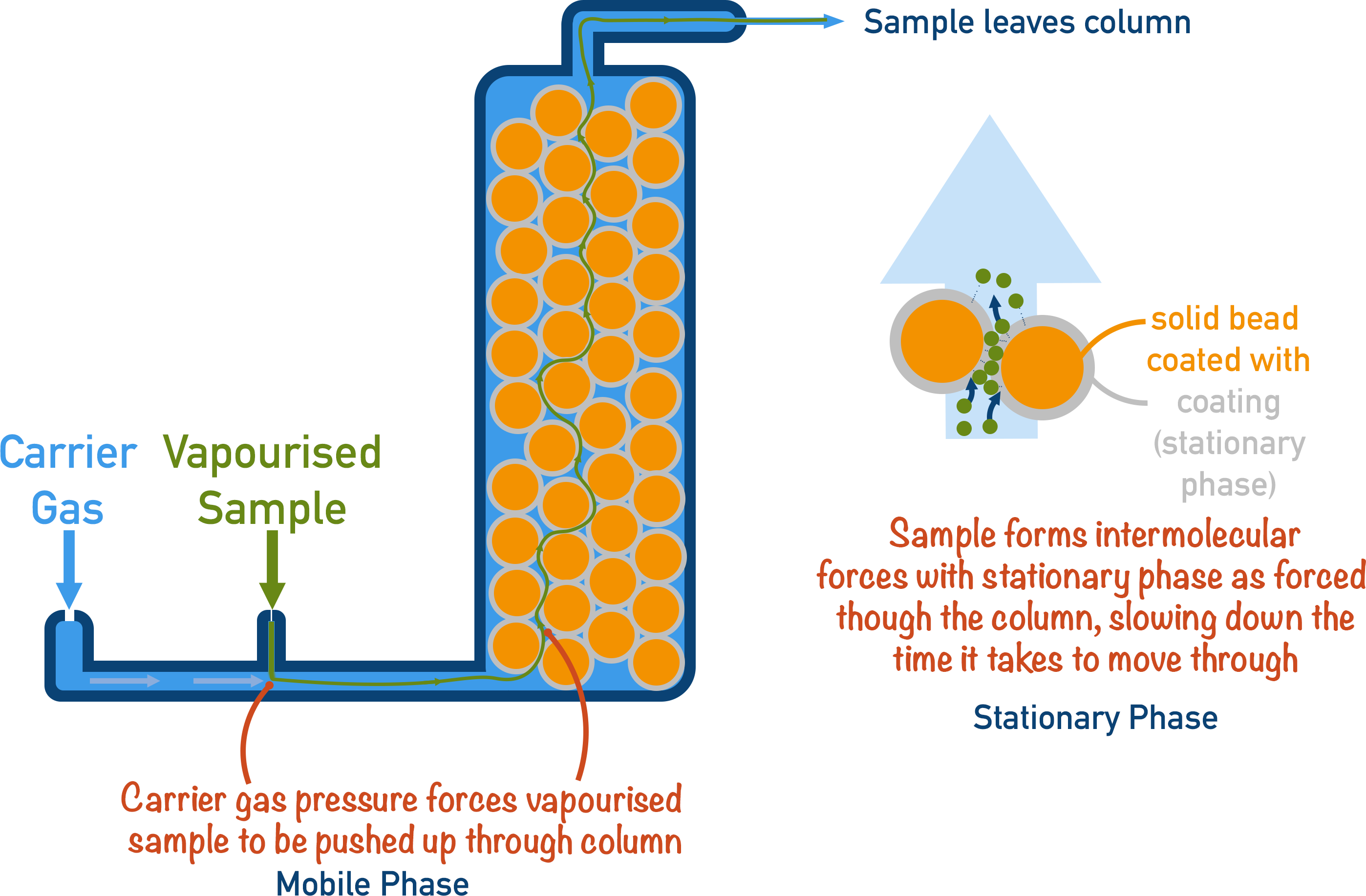 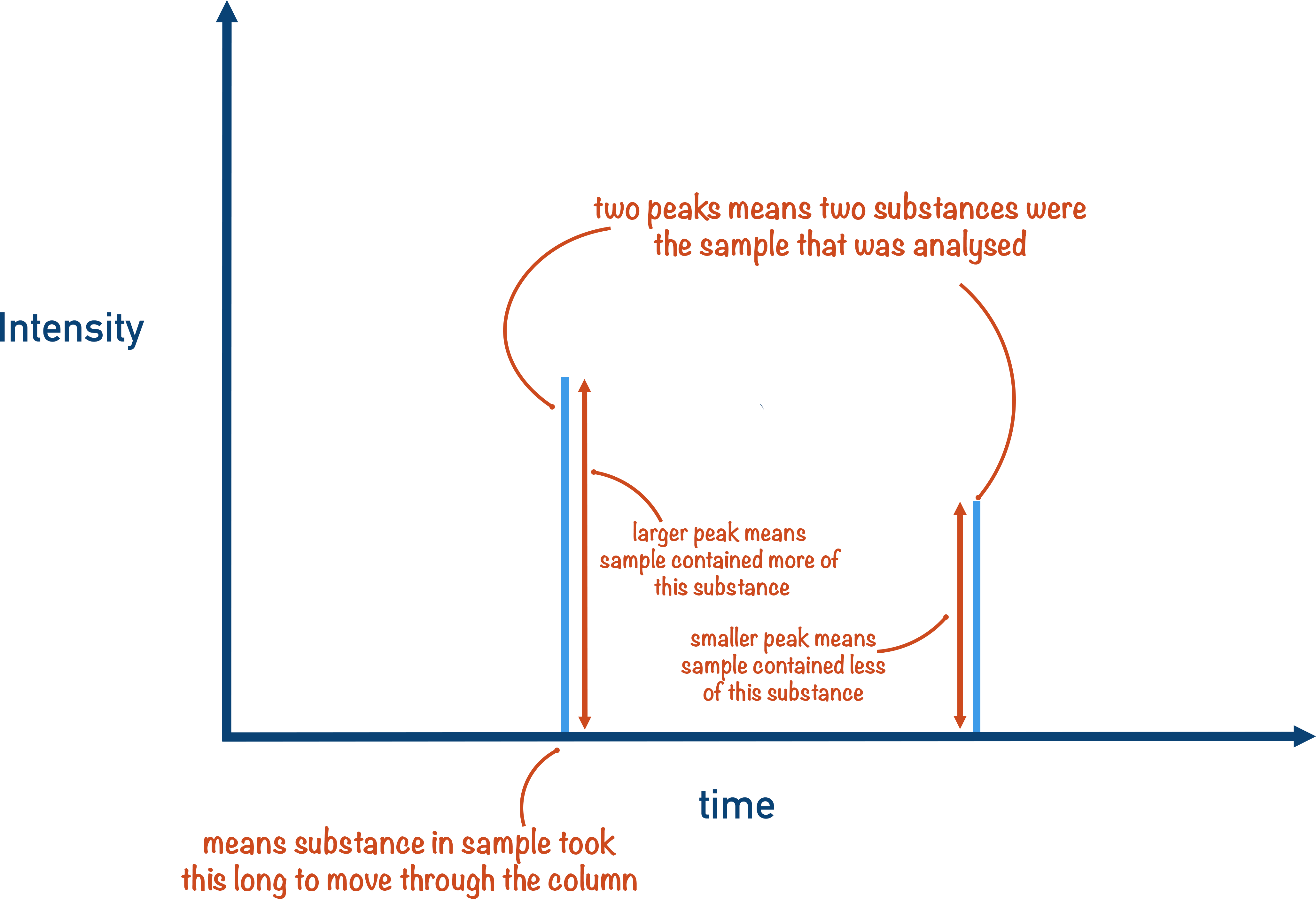 Gas-liquid chromatography is very precise and can be used to analyse small samples. It’s complicated to set up, and all samples must be injected into the mobile phase (inert gas) as they enter the column. The inert gas is under pressure, forcing the mobile phase through the column. To ensure the sample stays vaporised, the column is coiled inside an oven to keep the sample boiling. This ensures it’s the affinity for each phase, and not simply the physical state of the sample, that determines how long it will take the sample to move through the column.

By changing the length of the coil, the density of solid in the column and/or the pressure of the carrier gas, the retention time of a sample can be altered.

Gas-liquid chromatography is very effective for separating a mixture, but it does not provide any information as to the possible compounds detected. Mass spectrometers can be added to the detector, then the molecular masses of each compound in the mixture can be determined and matched with the time it took for the sample to move through the column.