As you go down group 2, the metal atoms lose their outer electrons more readily, forming positive ions more easily. This is because of increased inner electron shielding causing a weaker attraction between the nucleus and outer electrons. As you go down the group, the metals become more likely to react – their reactivity increases.

The trend in reactivity down group 2 can be observed with the reactions of group 2 metals with water. 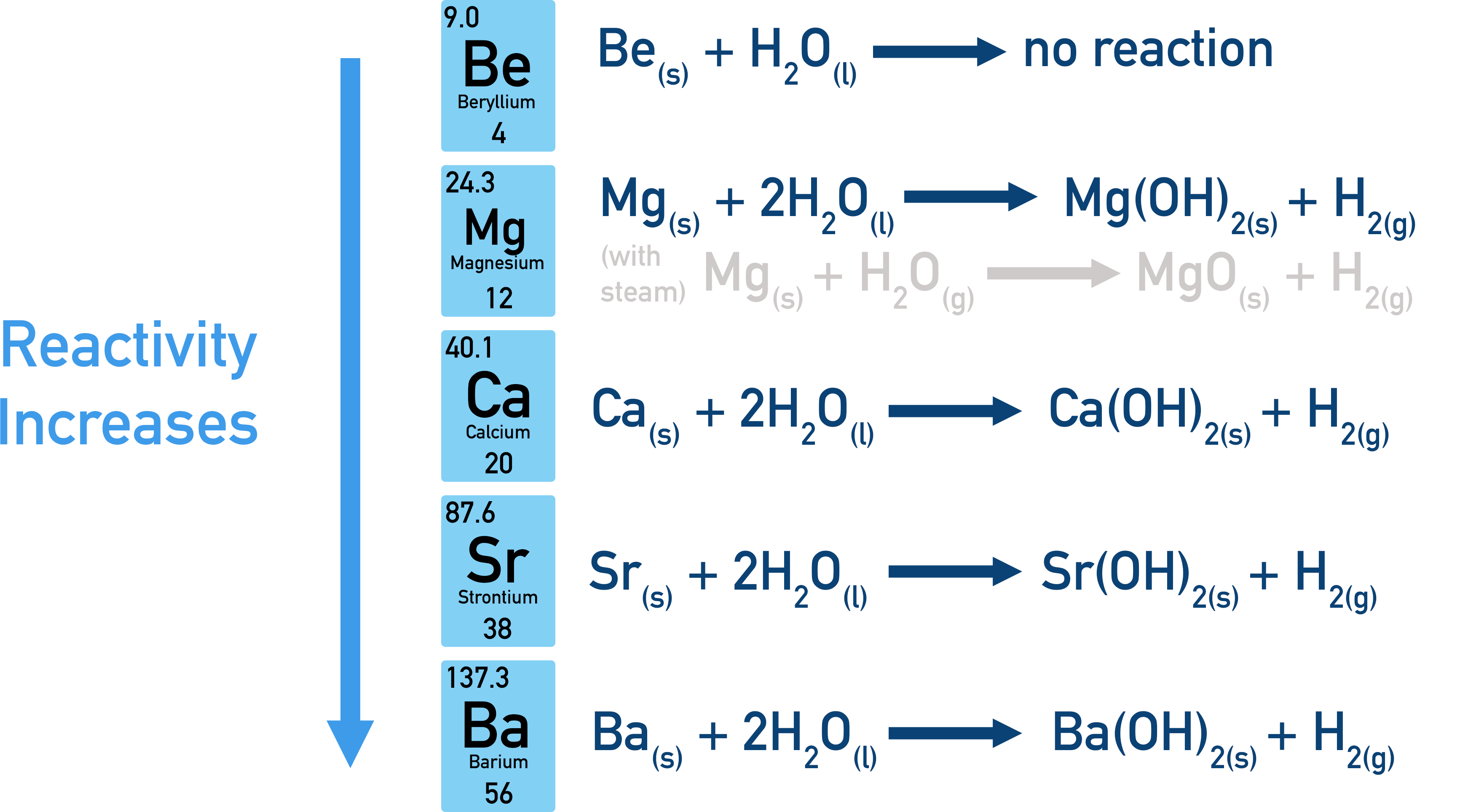 Magnesium with water is a very slow reaction, producing Mg(OH)2(aq) and hydrogen gas. However, reacting magnesium with steam forms magnesium oxide, in a much faster reaction.

Below magnesium, the group 2 metals react vigorously with water, each producing metal hydroxides.

For group 2 hydroxides, solubility in water increases as you go down the group. 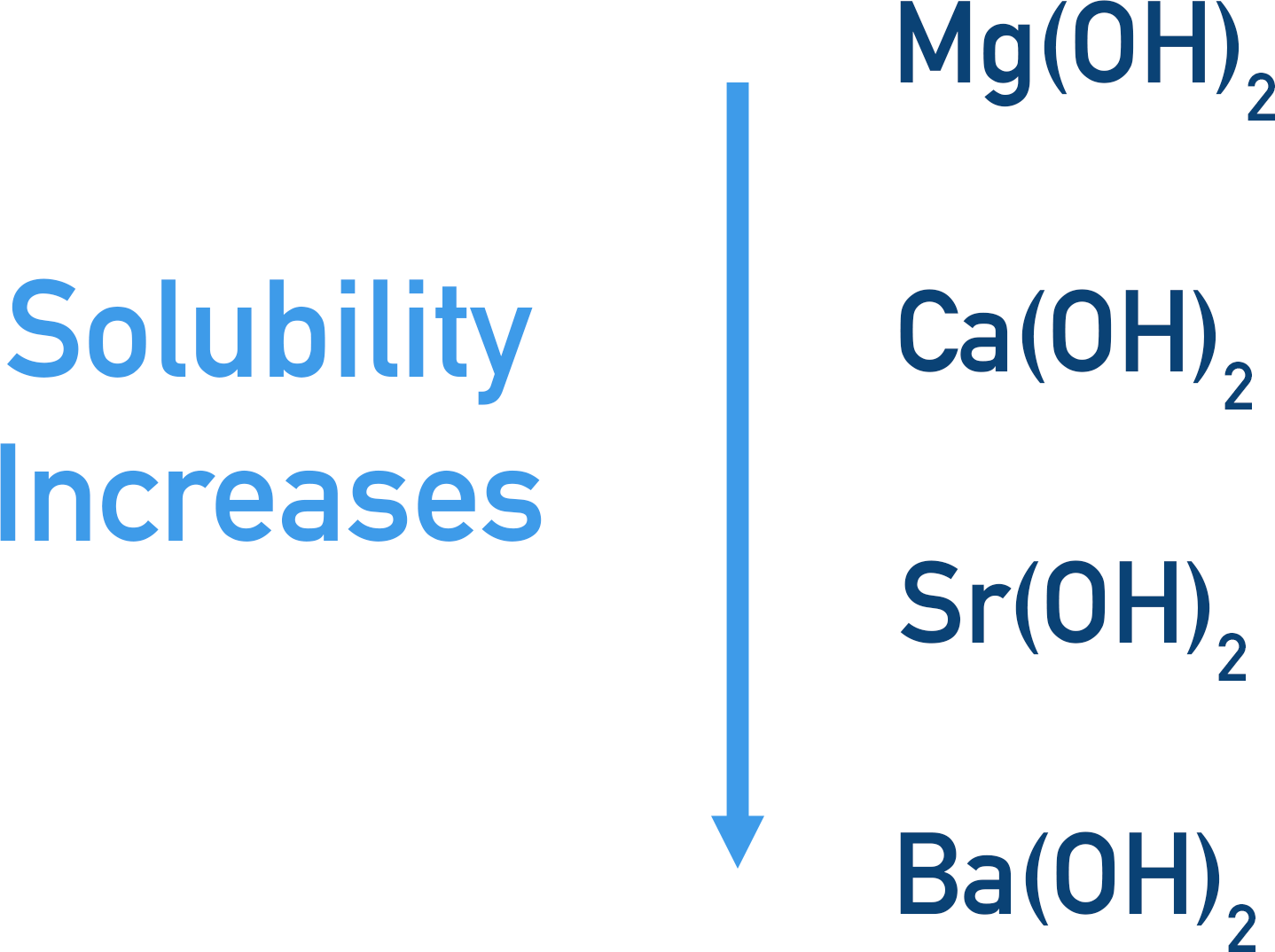 Metal hydroxides are ionic compounds that, when dissolved in water, ‘split’ apart into their negative ions (anions) and positive ions (cations), which make up the substance.

The group 2 hydroxides dissolve more readily as you go down the group, causing the solutions formed to become more alkaline, as there are more OH- ions released by the same mass of hydroxide dissolving.

The ability of group 2 hydroxides to form alkaline solutions can be very useful.

Group 2 metal sulfates are ionic compounds, made from a group 2 metal ion (M2+) and a sulphate ion (SO42-).

The solubility of group 2 metal sulfates decreases as you go down the group. MgSO4 is highly soluble, but BaSO4 is insoluble. 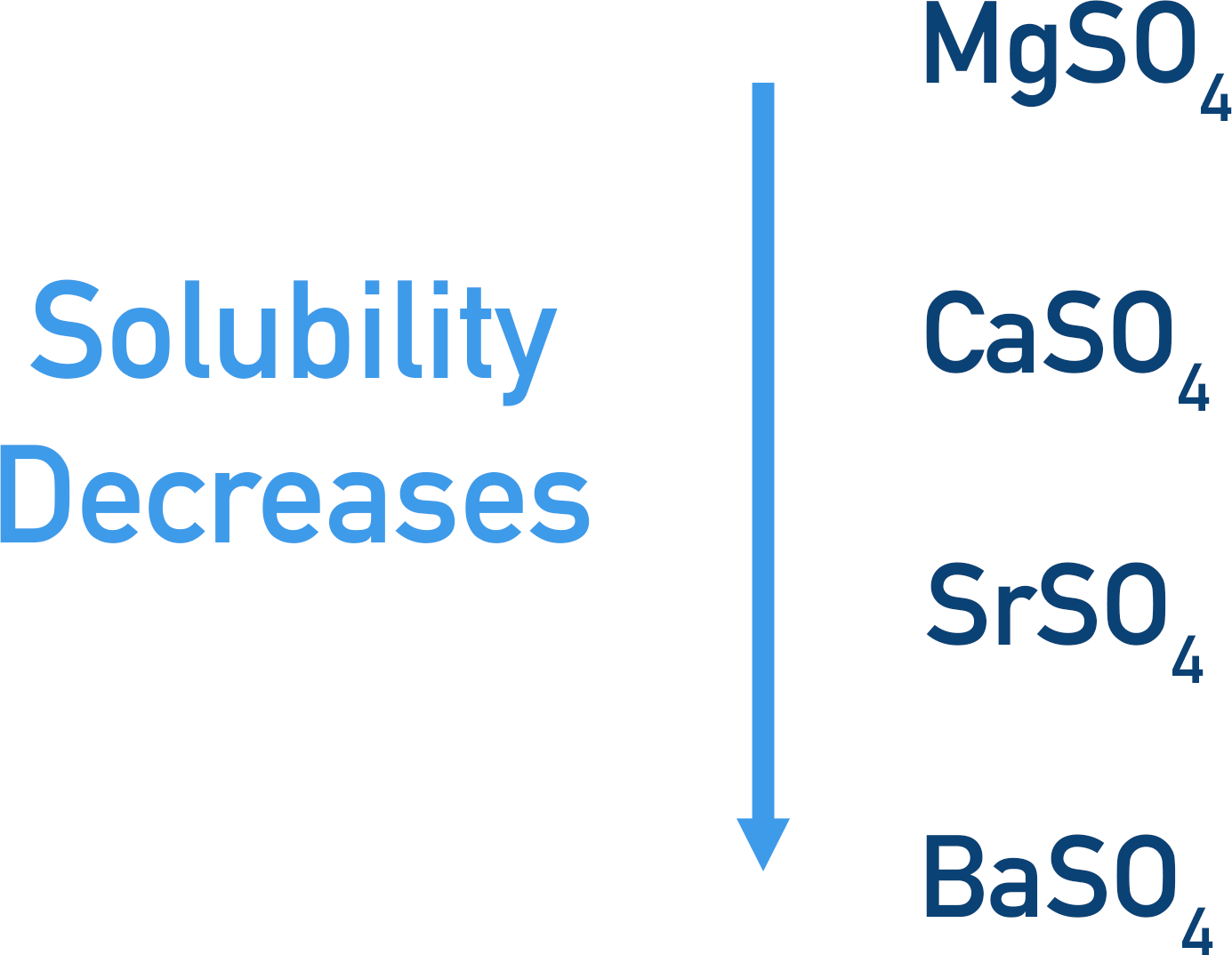 The insolubility of barium sulfate can be very helpful in chemistry; it forms the basis of a test to identify sulphate ions in solution.

A barium salt solution (commonly BaCl2(aq)) is added to a solution (with dilute nitric acid) that may contain sulfate ions. If sulfate ions are present then insoluble BaSO4 will be formed, which can be identified as a white precipitate.