Imagine it as being a bit like a motorway – cars are driving to London from Birmingham. At the same time, however, cars are also driving from London to Birmingham.

At equilibrium, because the reactants are being used-up at the same rate as they are being produced, the concentrations of the reactants and the products do not change. Remember these reactions are still happening!

The position of equilibrium describes how much one reaction has been favoured compared to the other before equilibrium is reached. A bit like how many more cars went to London than Birmingham, before the numbers going in and out of both became the same.

A French chemist, Le Chatelier, discovered that we can change how much of each reaction is occurring.

If the pressure in a gaseous system is increased, the position of equilibrium will move to decrease the pressure, and so on.

This principle can be very useful for predicting what will happen in certain conditions and how the positions of equilibrium can be tweaked to produce as much desired product as possible.

Effect of Temperature Change on Equilibrium

Exothermic reactions release energy to the surroundings, increasing the temperature of the equilibrium system.

Endothermic reactions take in energy from the surroundings, decreasing the temperature of the equilibrium system. 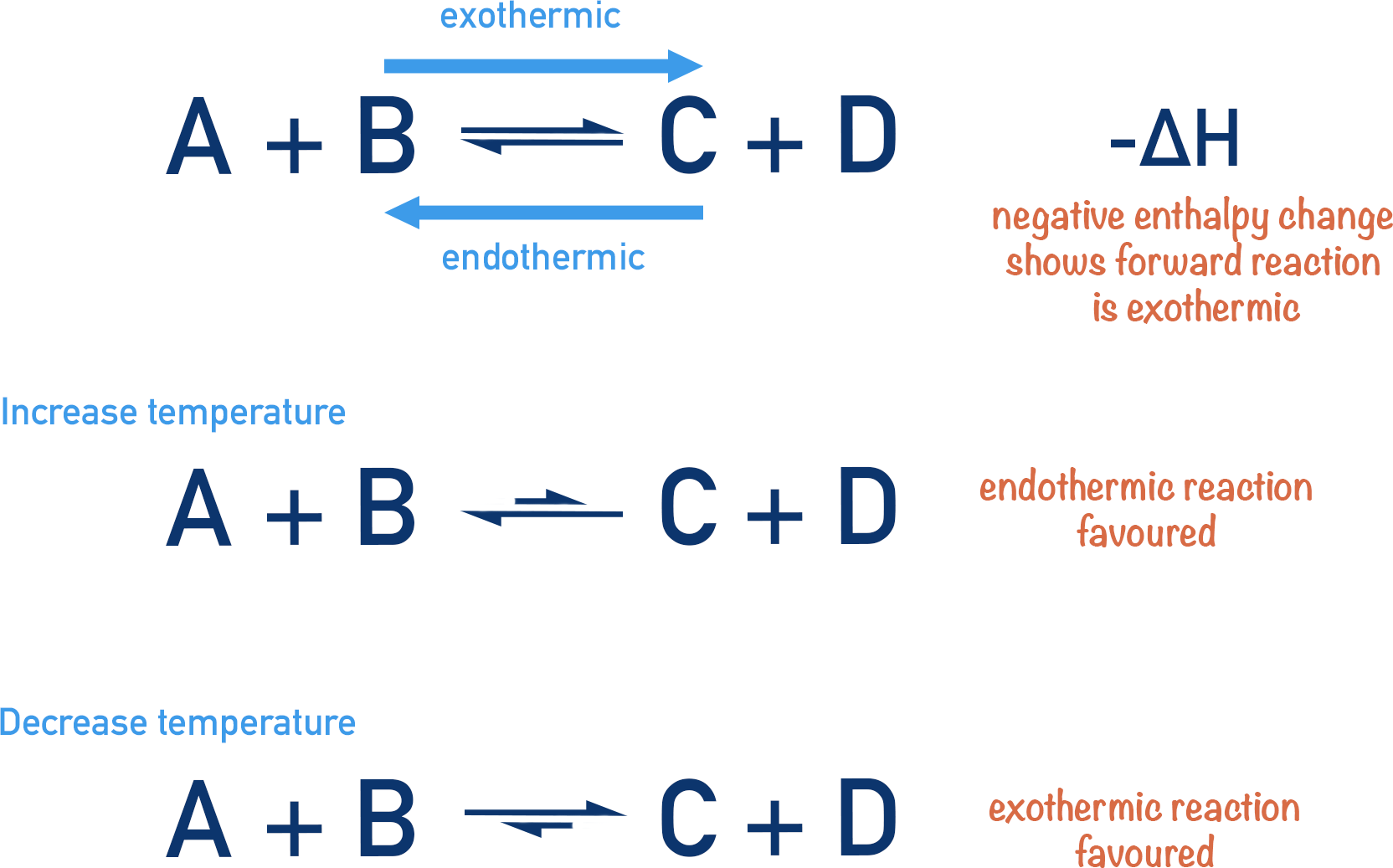 If the temperature of an equilibrium system is decreased, the opposite is true. The position of equilibrium will move to favour the exothermic reaction.

Effect of Pressure Change on Equilibrium

In a homogenous (all substances are in the same state) gaseous equilibrium system, if the pressure is changed, the position of equilibrium will move to oppose this change.

In A-level Chemistry, we assume that all gases occupy the same volume at a given temperature and pressure – irrespective of their individual size. This means that 1 mole of methane (CH4) would occupy the same amount of space as 1 mole of butane (C4H10). Even though butane is actually four times the size of methane, the difference in physical size of a molecule is very small compared to the volume gases occupy. See Moles – Ideal Gases. 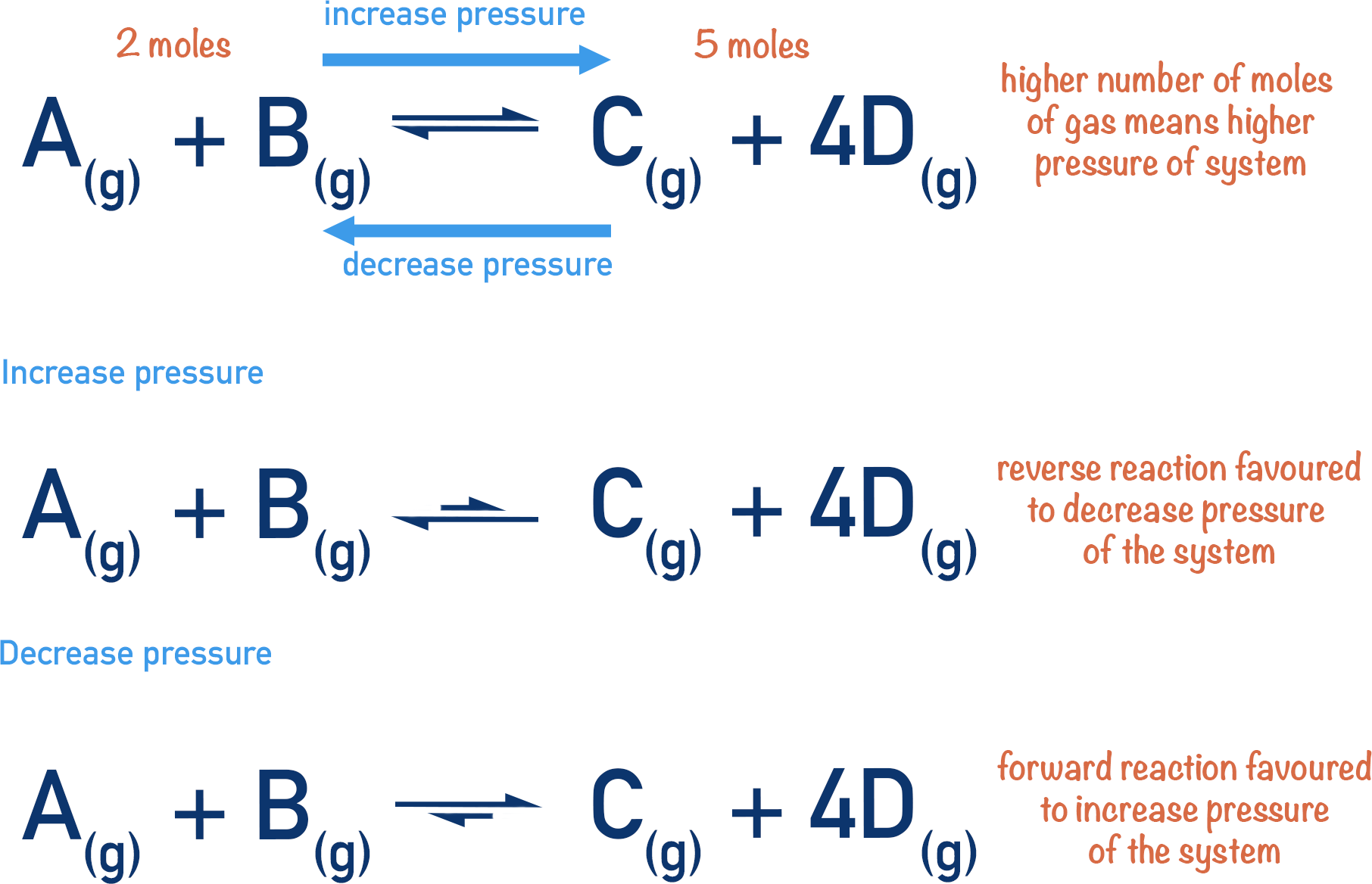 If the pressure of the system is decreased, the opposite is true. The reaction that produces the greatest number of moles of gas will be favoured.

Effect of Concentration Change on Equilibrium 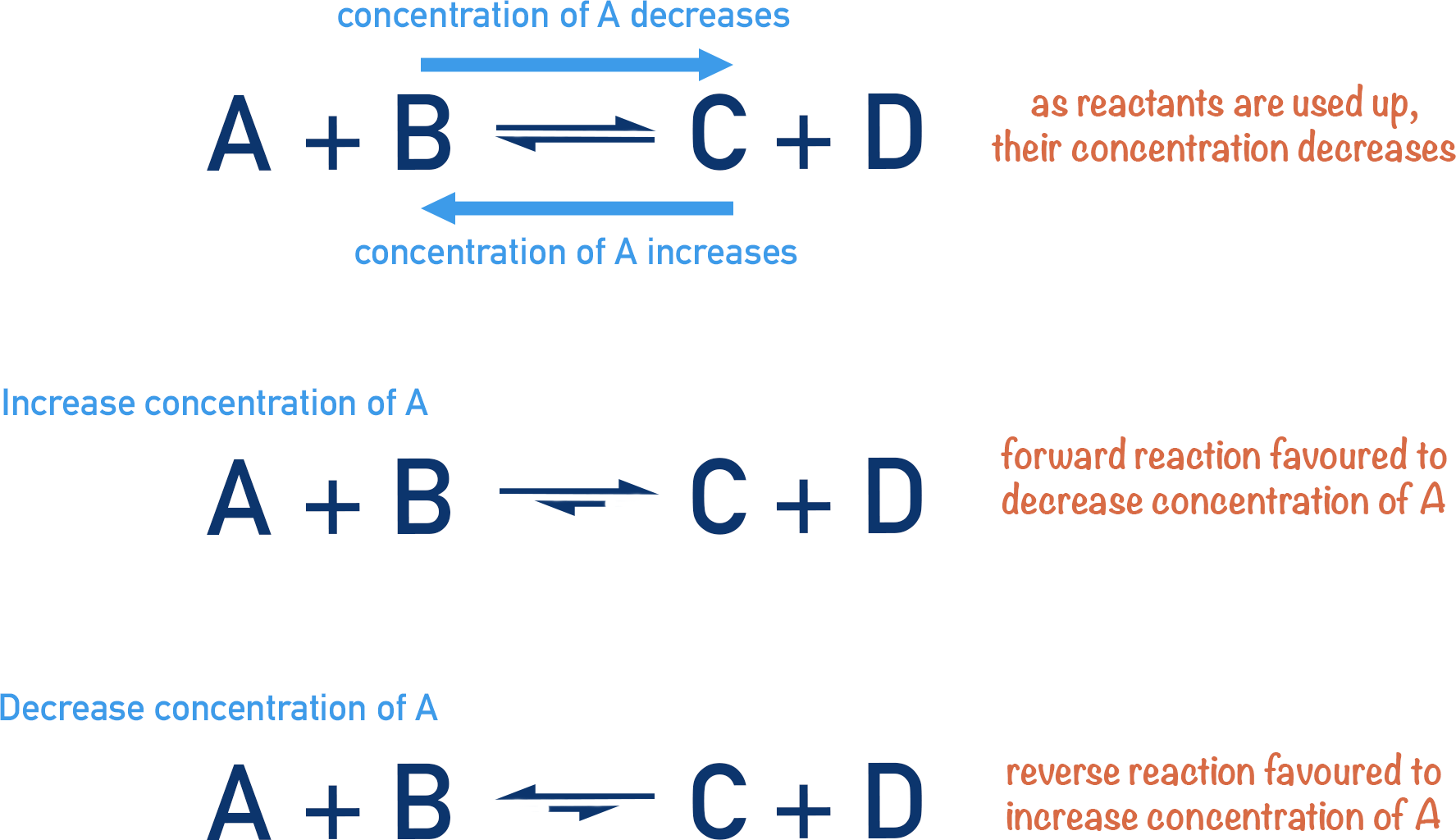 Effect of a Catalyst on Equilibrium

A catalyst does not have any effect on the position of equilibrium. A catalyst just changes the rates of each reaction and both reactions are affected in equal amounts.