If an equilibrium mixture is made up of just gaseous substances, then the total pressure of the ‘system’ at equilibrium is directly related to the number of moles of each substance.

Imagine a system made of 1 mole of A(g) and 1 mole of B(g), with a total pressure of 100kPa. We know there are 2 moles of gas in total, and A + B are contributing equal amounts of pressure to the system, as there are the same number of moles of each.

So, each gas is contributing 50kPa of pressure. This contribution is called the partial pressure of each gas.

A partial pressure is the contribution that a gas makes towards the total pressure of a system.

If three moles of gas cause a pressure of 150kPa, then one mole’s worth of gases must be responsible for 50kPa of pressure. 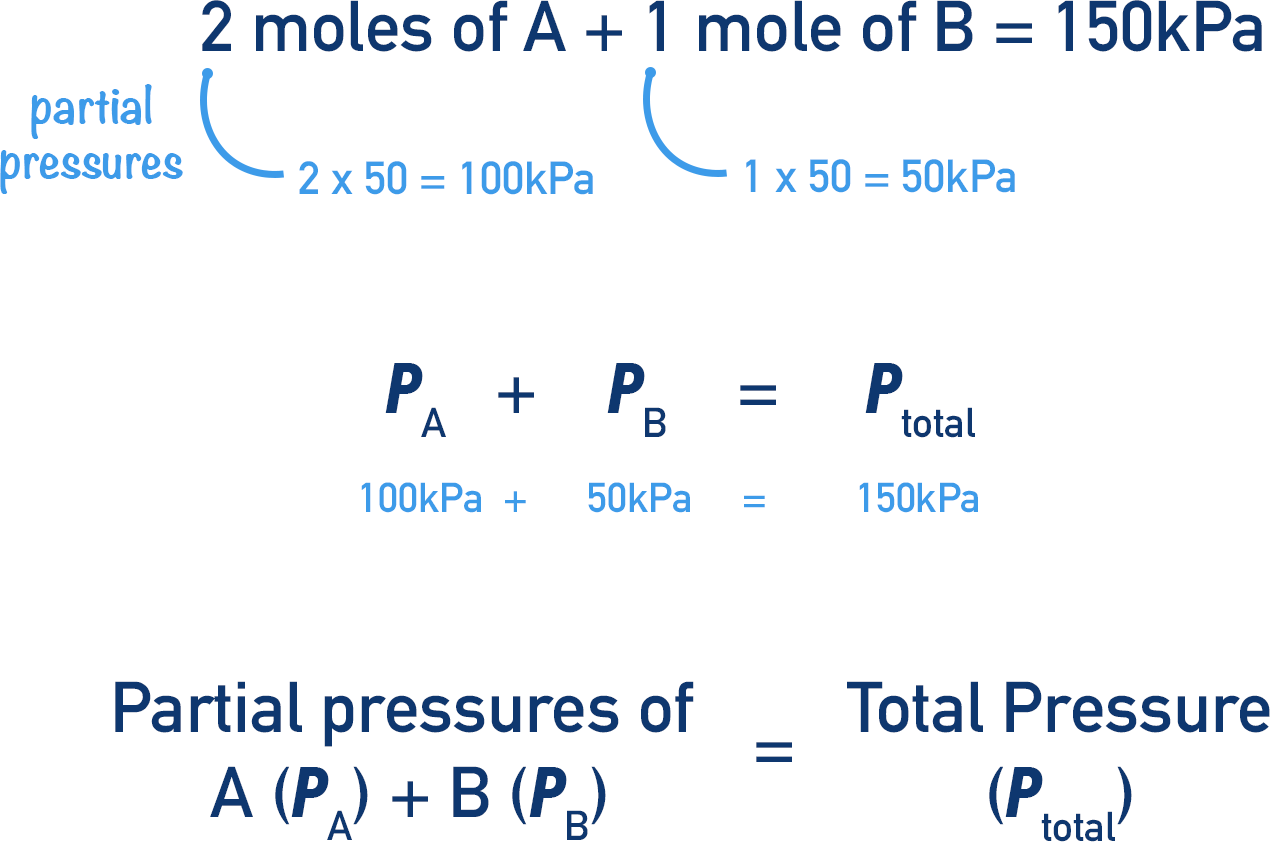 A mole fraction is just a way of representing how much of a particular gas there is in a system compared to all gases present. Mole fractions are usually shown as decimals or fractions.

Partial Pressure of ‘other gases’= 1 kPa