Percentage atom economy is a way of showing, as a percentage, how much of the reactants for a particular reaction end up in the desired product.

For a general reaction, A + B, react together to produce C + D, if C is the desired product, then:

If, as can sometimes happen, a reaction produces only one product, its atom economy will always be 100% as all the atoms of the reactants end up in the only product! For example, if A + B react together and only produce C, then:

High atom economy reactions are a good thing as less reactant mass is ‘wasted’ in forming products that aren’t wanted. Be careful though – just because a reaction has a high percentage atom economy doesn’t mean it has a high yield of product (see below).

Find the percentage atom economy for the production of Iron (Fe) from the reaction between Iron (III) Oxide and Carbon. 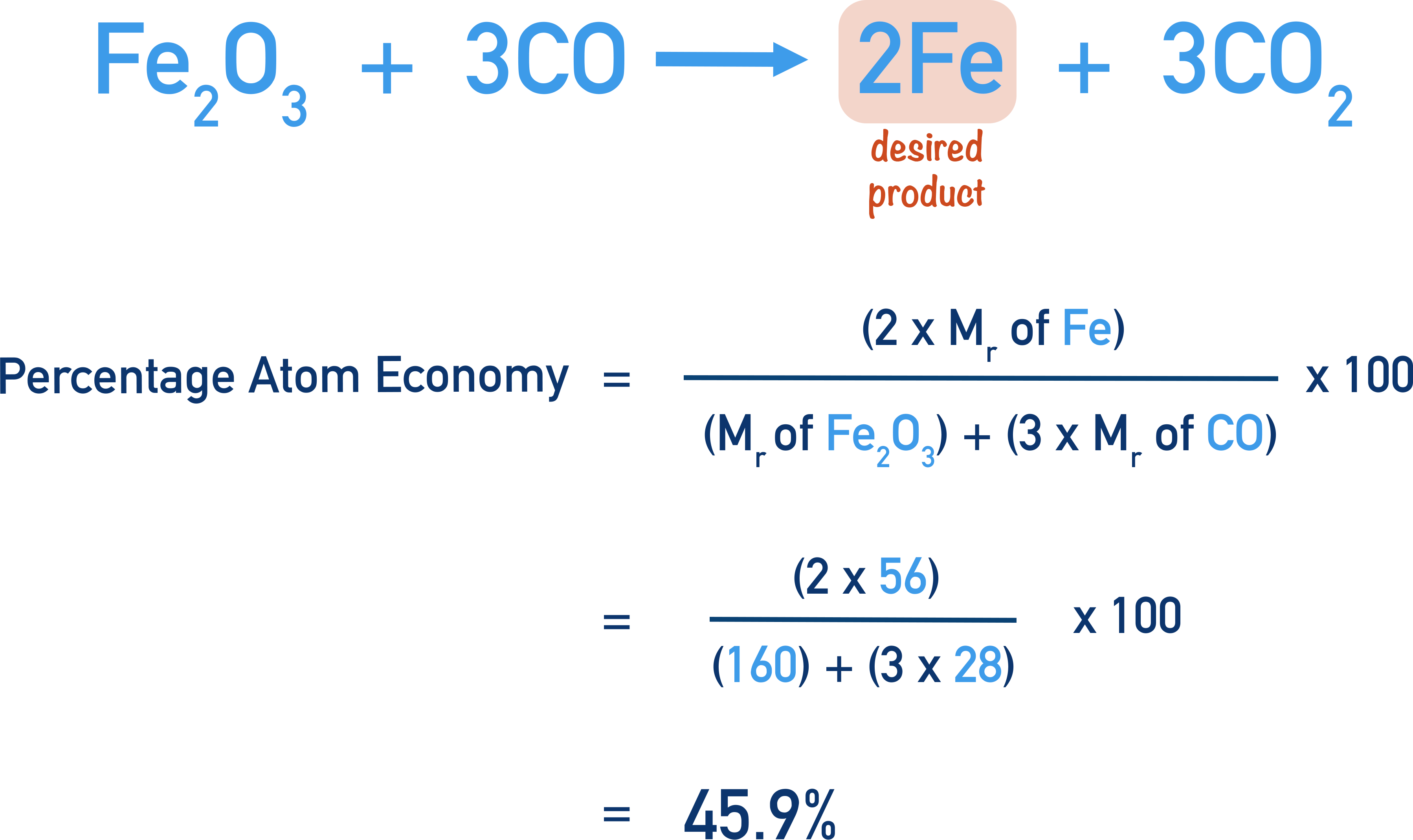 Find the percentage atom economy for the production of ethanol (CH3CH2OH) from the reaction between ethene (CH2CH2) and water (H2O). 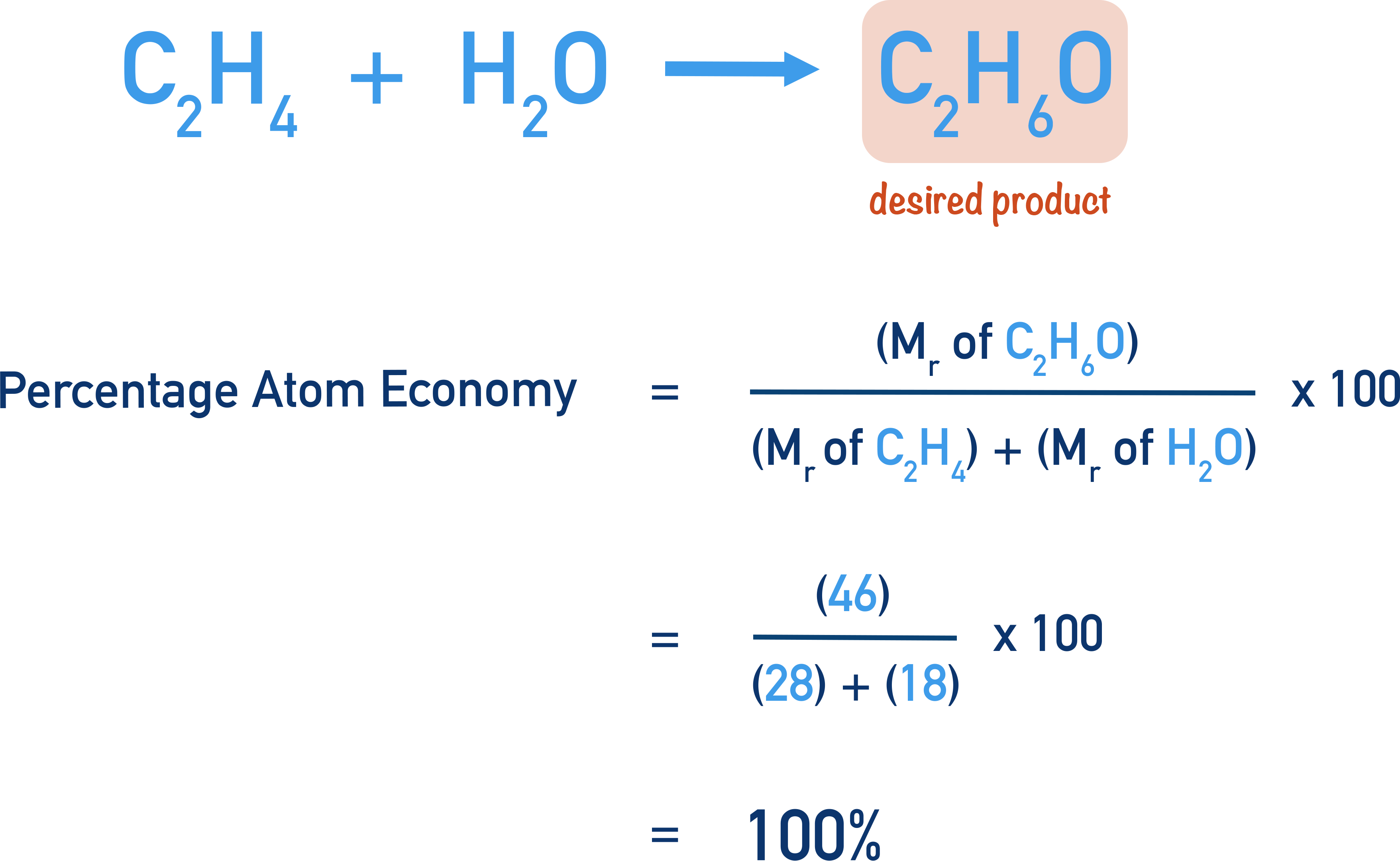 Yield refers to how much product is obtained.

Percentage yield is experimental – it’s a comparison between how much product COULD be made in a reaction and the ACTUAL amount obtained. Percentage yields can be affected by practical methods and how a reaction is carried out.