There are two main ways of measuring how much of a substance you have - mass and volume.

Let’s take oxygen. Oxygen has a relative atomic mass of 16. This means, 1 mole of oxygen atoms has a mass of 16g. 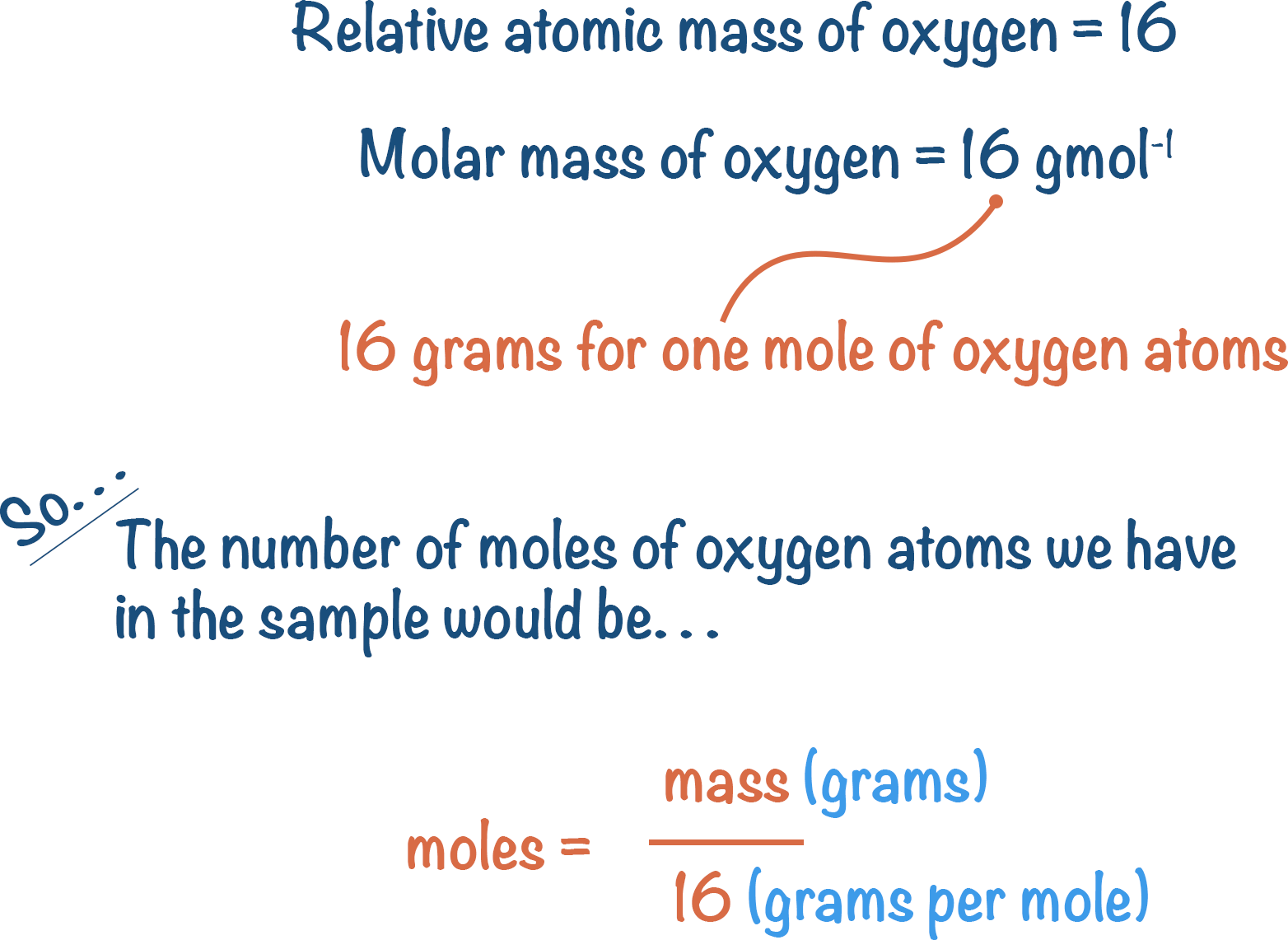 Let’s check: if we have 16g of oxygen, how many moles do we have?

We need to know the mass (in this case, 16g) and we can look-up the relative atomic mass of oxygen in the periodic table to know the molar mass (16 g per mole).

This gives us the following equation:

You may have spotted a problem. Oxygen does not actually exist as lone atoms – oxygen is found naturally in the form O2.

O2 is a molecule, not an atom. So, we cannot use relative atomic mass to calculate the number of moles in a given mass. Instead, we need to use relative molecular mass.

Relative molecular mass is the relative atomic masses of all the atoms within a molecule added together.

So, if we have 16 grams of oxygen gas. How many moles of oxygen molecules (O2) would we have?