An empirical formula is the simplest, whole number ratio of different atoms within a compound.

Empirical formulas can be determined by using the percentage by mass of each atom type within the compound. This isn’t as confusing as it sounds!

If we are given the percentage by mass data for a particular compound, the empirical formula can be found by converting the mass ratio of elements to a molar ratio.

For example, let’s find the empirical formula for a compound that is made up of 82.7% carbon and 17.3% (percentage by mass data).

The first thing to do is to convert the mass ratio to a molar ratio. This is because we can only compare numbers of atoms within a compound if we use moles (mass is different for every element!).

The easiest way to do this is two convert the percentages to grams - almost like pretending we have a 100g sample.

We can now use the masses to find the moles of each element that would be in 100g.

We now have a molar ratio! 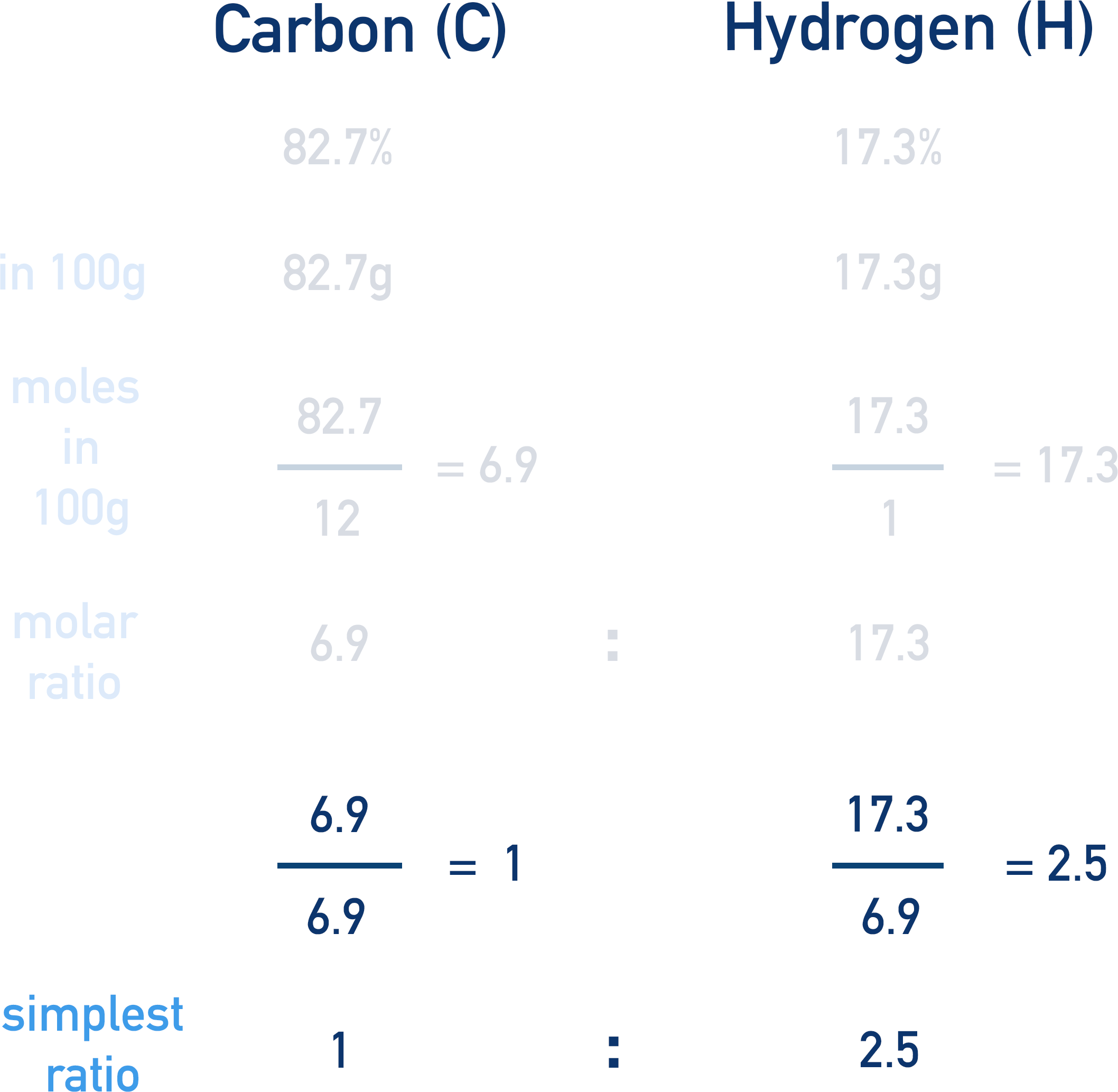 In this case, carbon has the lowest number (6.9 moles) 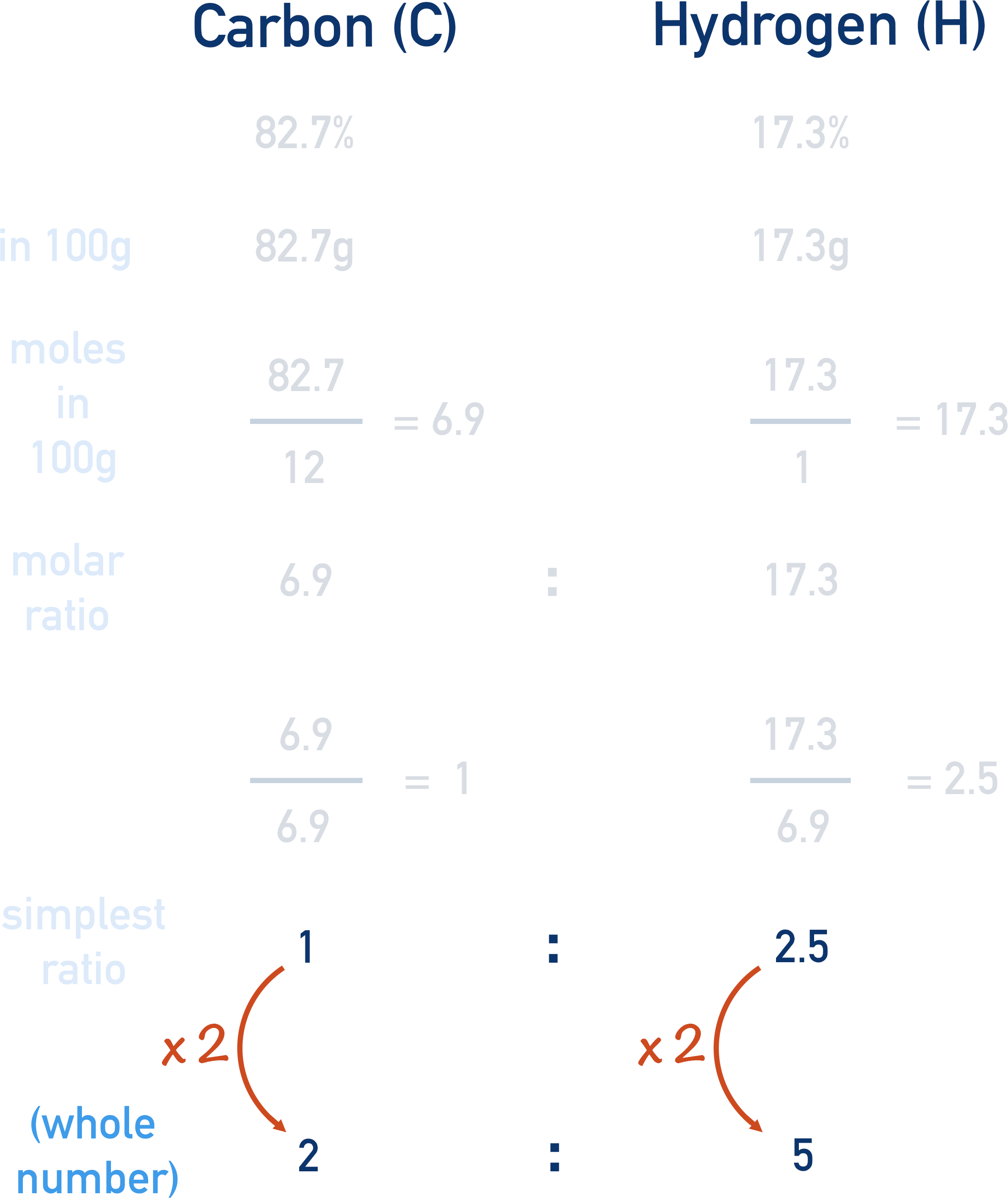 The empirical formula of the compound would be C2H5. 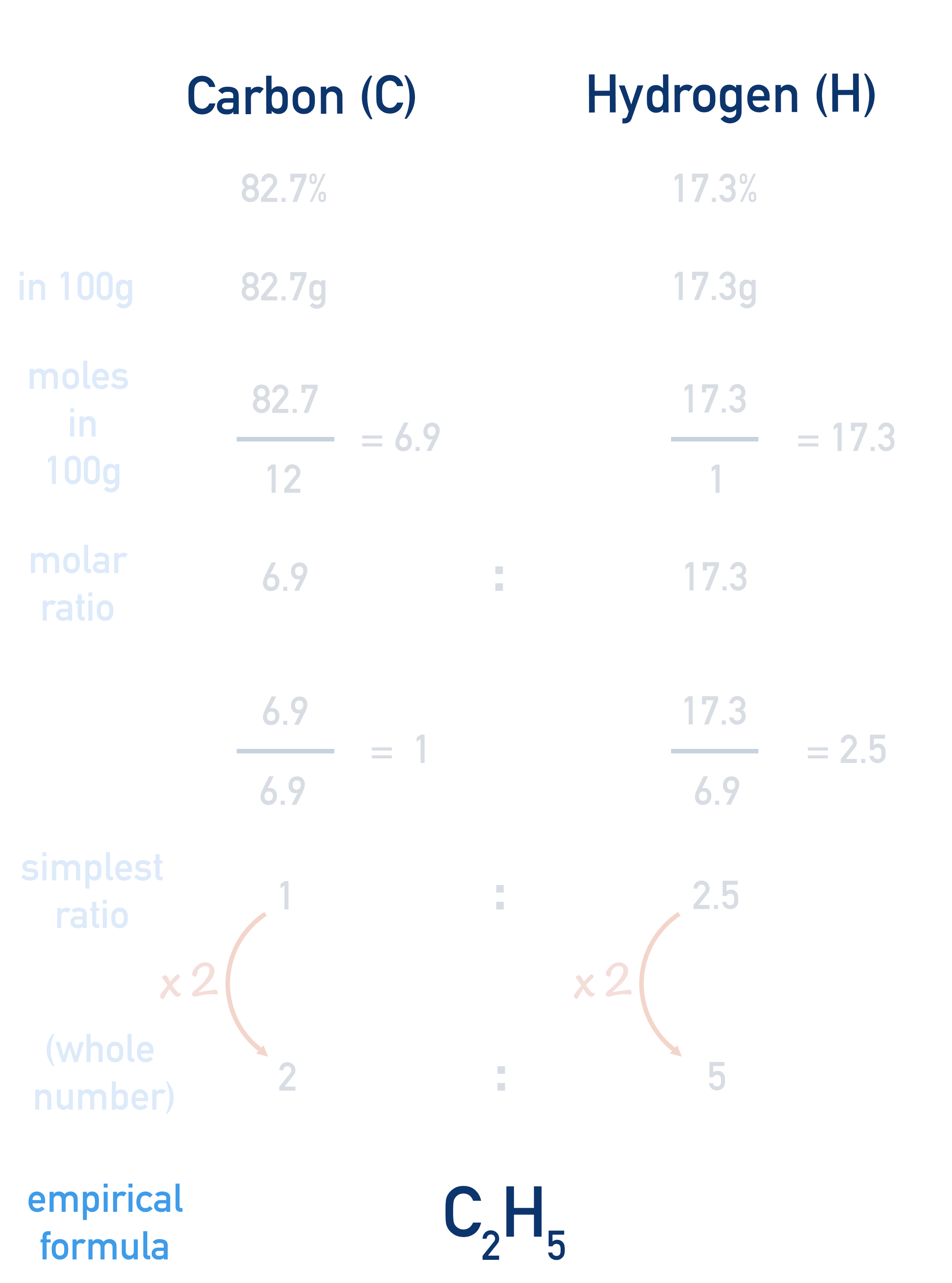 Another example is shown below, without the explanation above, so you can see how the workings are laid out. 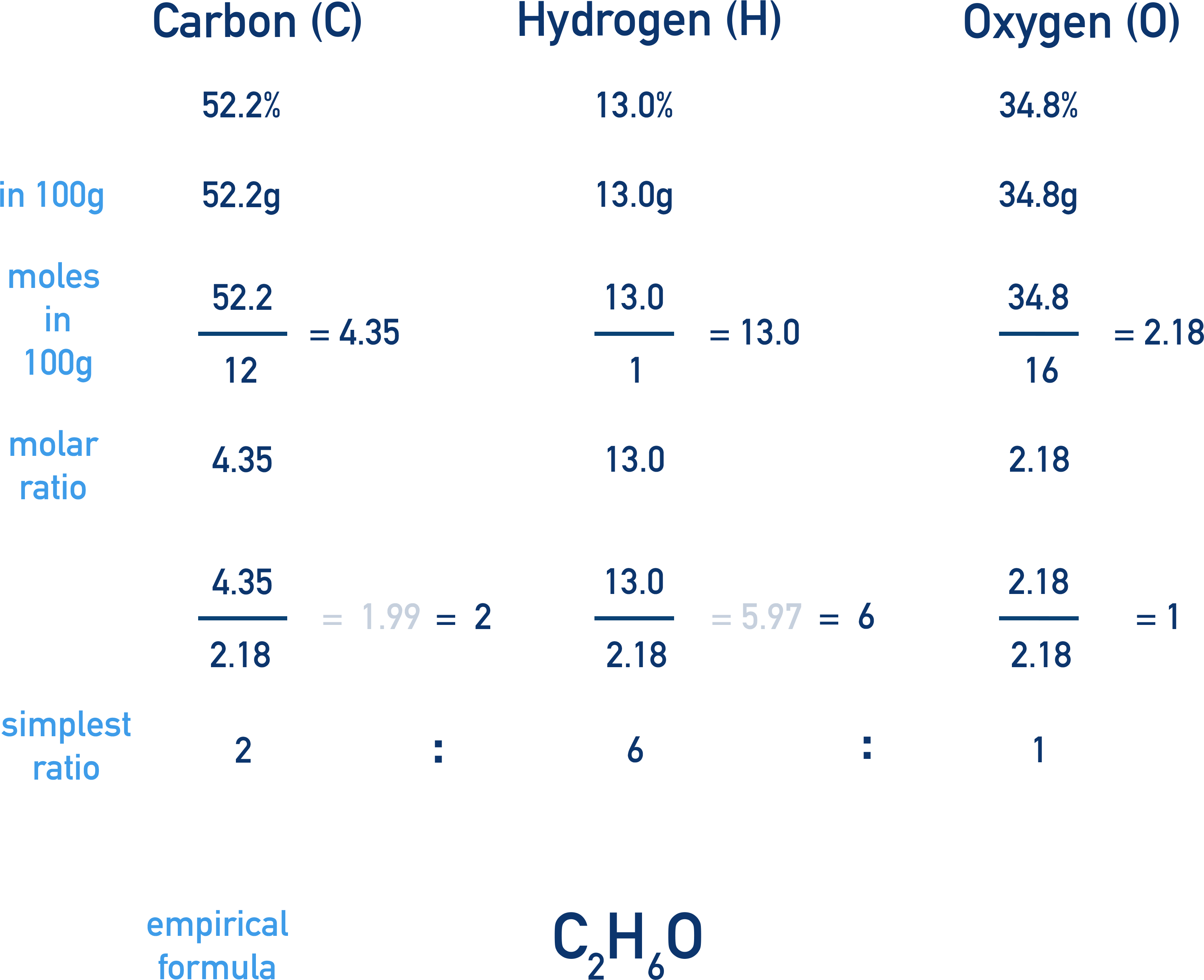