All five d-orbitals have complicated shapes that occupy different areas around a nucleus. When electrons from ligands move towards a metal ion, some of the d-orbitals are closer to the ligand than others, so they experience more repulsion, making them higher in energy compared to the other d-orbitals.

The d-orbitals energies are split: some orbitals are high energy, some are low energy. See d-orbital Splitting. 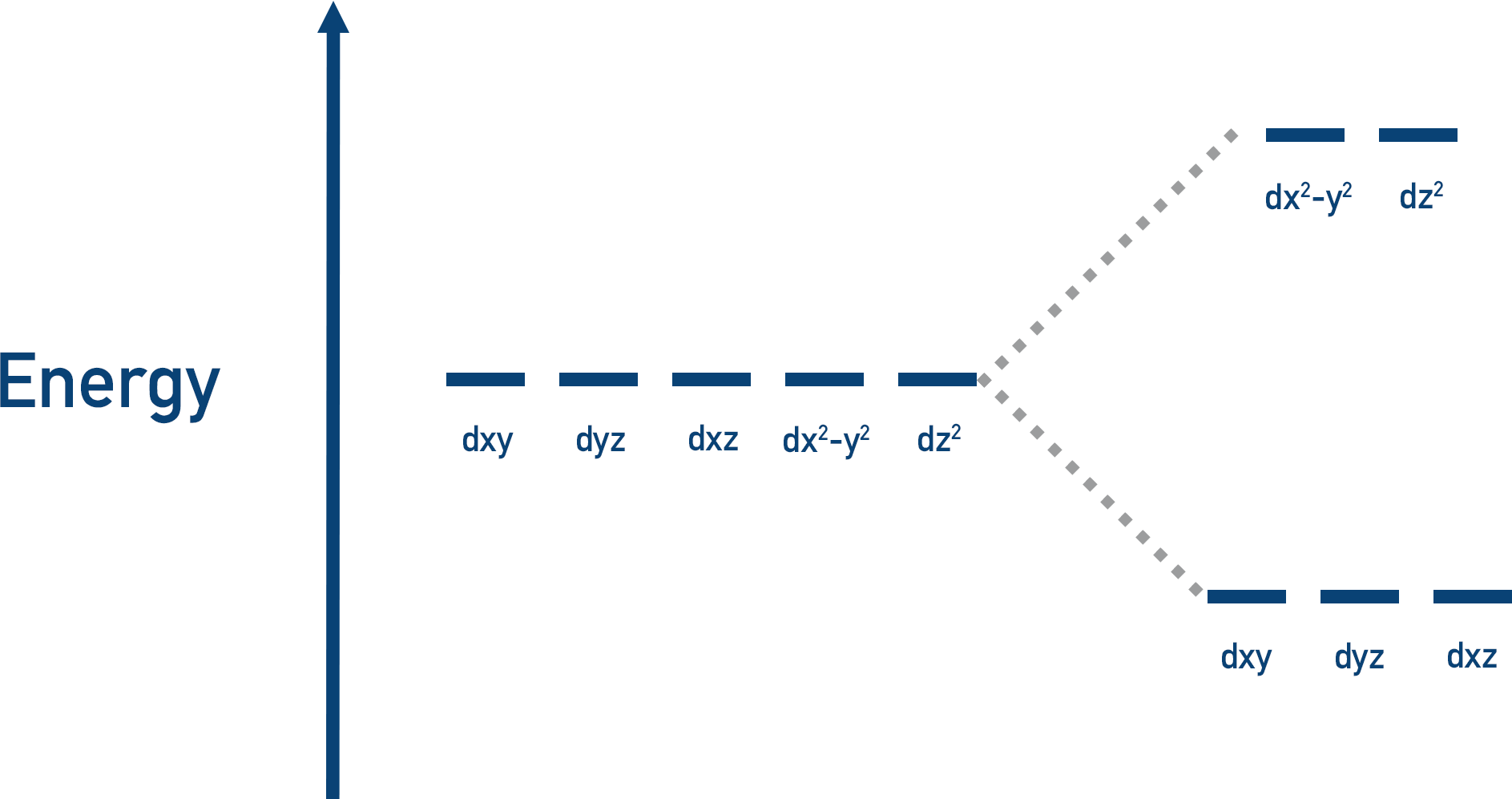 Transition elements form ions that have partially filled d-subshells, which means there will always be a d-orbital with a space for an electron.

White light contains all wavelengths in the visible region and has no observable colour. If any wavelength is removed then it’s no longer white light, so a colour is observed. Different colours of light have different wavelengths and are different energies. Violet light is the highest energy; red light is the lowest energy.

With most transition metal ions, the energy gaps between high and low energy orbitals fall within the visible region of the electromagnetic spectrum. This allows ‘light waves’ to excite electrons from low energy d-orbitals to high energy d-orbitals.

When this happens, the transition metal ion absorbs the wavelength of light that matches the energy gap between its d-orbitals, and this colour of light is removed from the white light.

Removing a colour from white light means the light now has an overall colour and can be observed.