Atoms of carbon can make four covalent bonds. The electrons in each covalent bond repel each other, making the bonds move as far away from each other as possible.

The arrangement formed gives each of the four bonds around a carbon atom an angle of 109.5o. If the carbon is bonded to hydrogens, a simple tetrahedral shaped molecule is formed (methane). 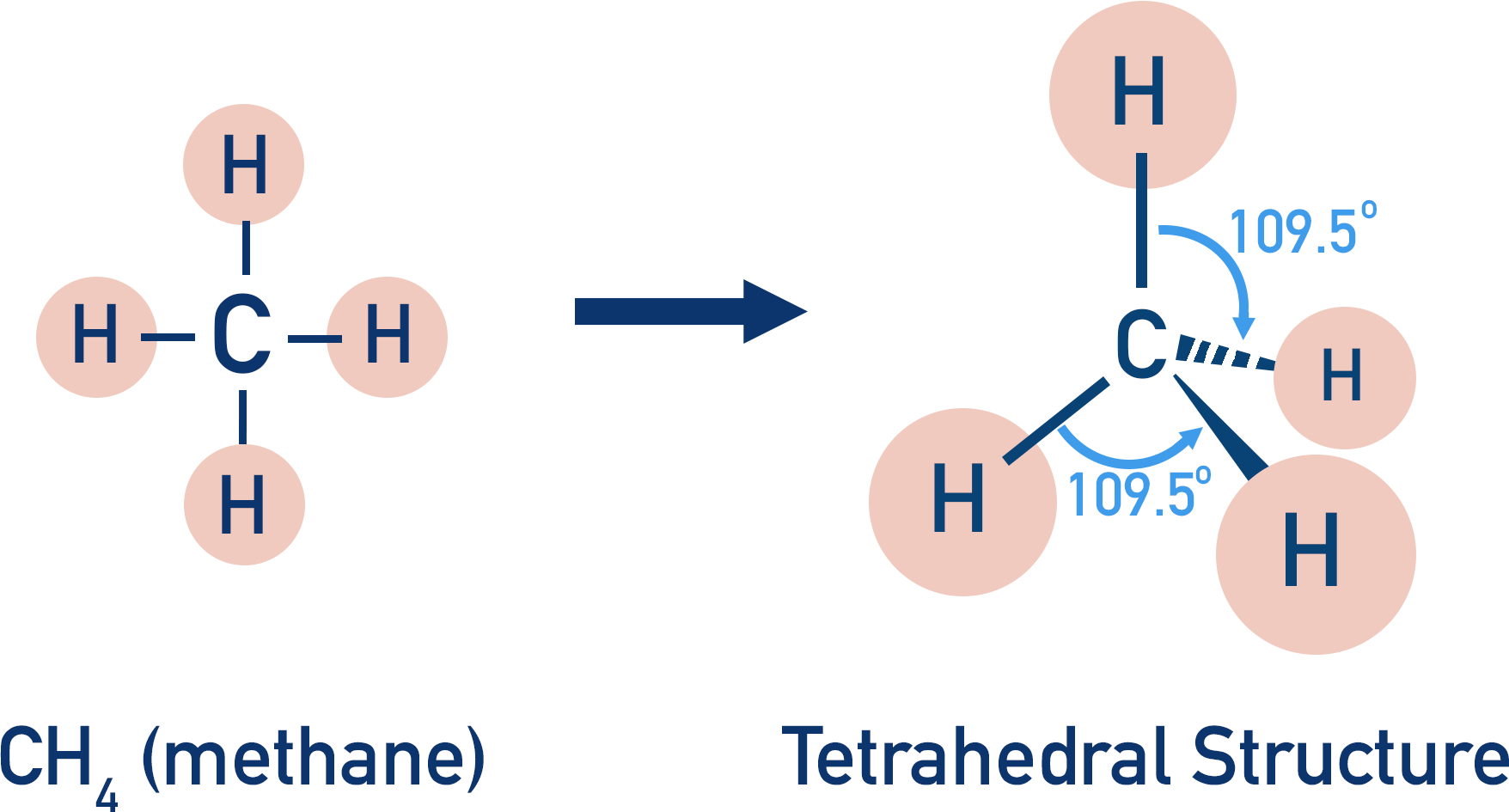 If the groups bonded to the carbon are all different, things get interesting. Each bond is ‘locked’ in place around the carbon and cannot move. 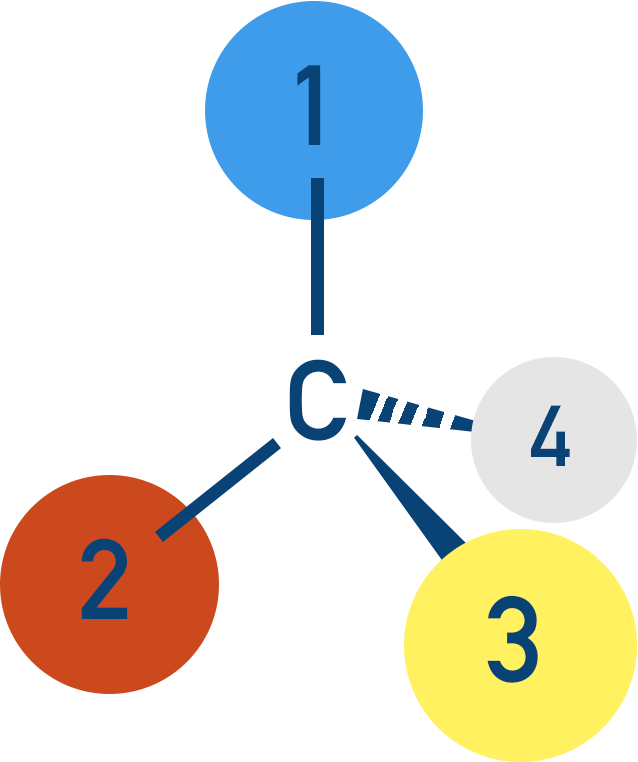 There are two different ways you can arrange the four groups, each producing an isomer. The key thing here is the three-dimensional view of each isomer.

Note, isomers have the same molecular formula, but their atoms are arranged differently.

If you look carefully at the two isomers, they are non-superimposable mirror images of each other. These are called optical isomers, which show a type of stereoisomerism.

Note, stereoisomers have the same structural formula, but their atoms are arranged differently. 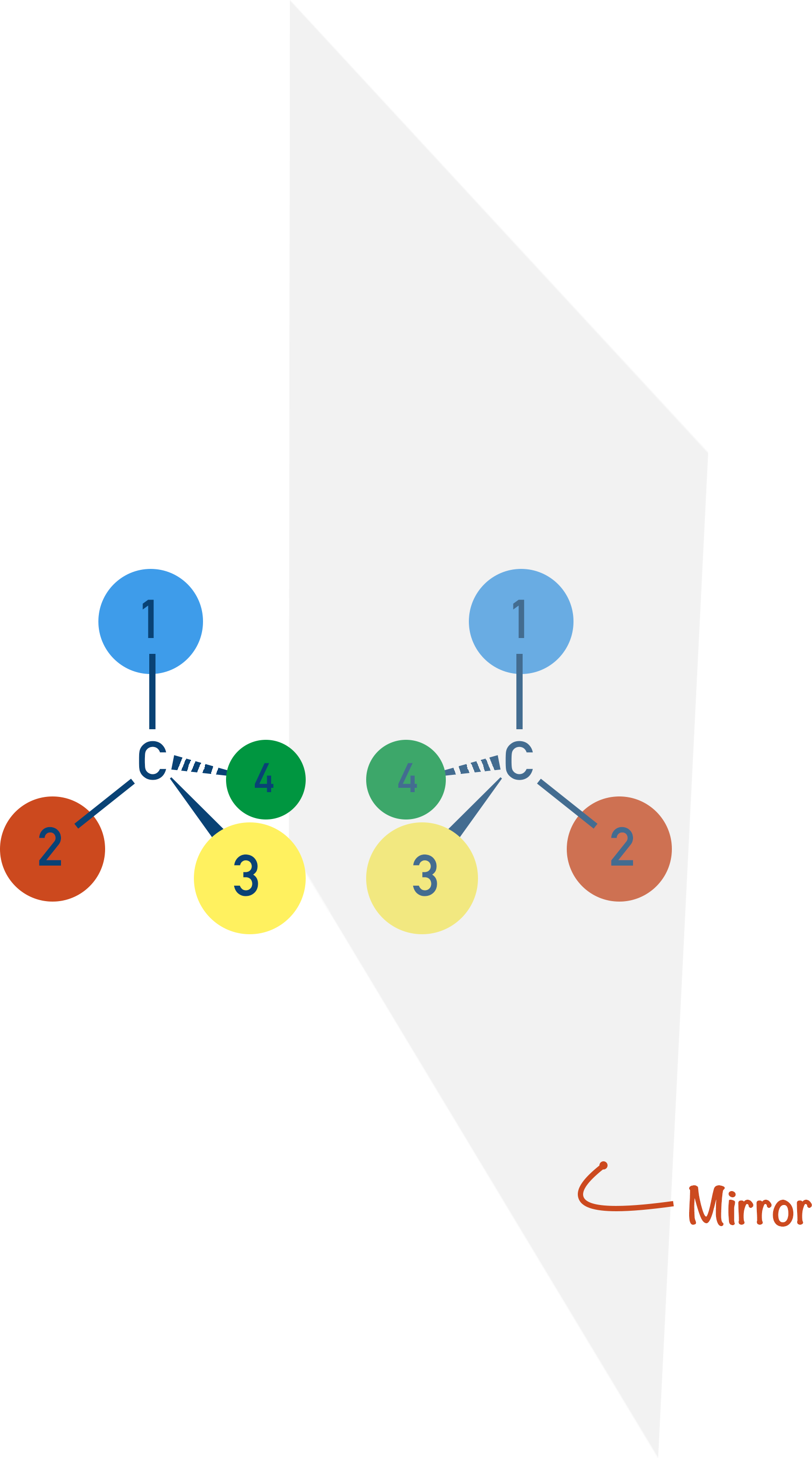 Non-superimposable means two objects (or images) cannot be placed on-top of each other and ‘line-up’.

If you repeat the process with two left hands (not actually possible with your own hands!), the hands would superimpose.

How to draw optical isomers:

Keep it simple, every time.

To draw a right hand, you just draw the same shape as a left hand but with the thumb taking the place of the little finger, and so on.

This is how you draw a mirror image, and it’s the same for molecules. Start with one isomer and imagine it’s your left hand, and the other isomer is the right hand. 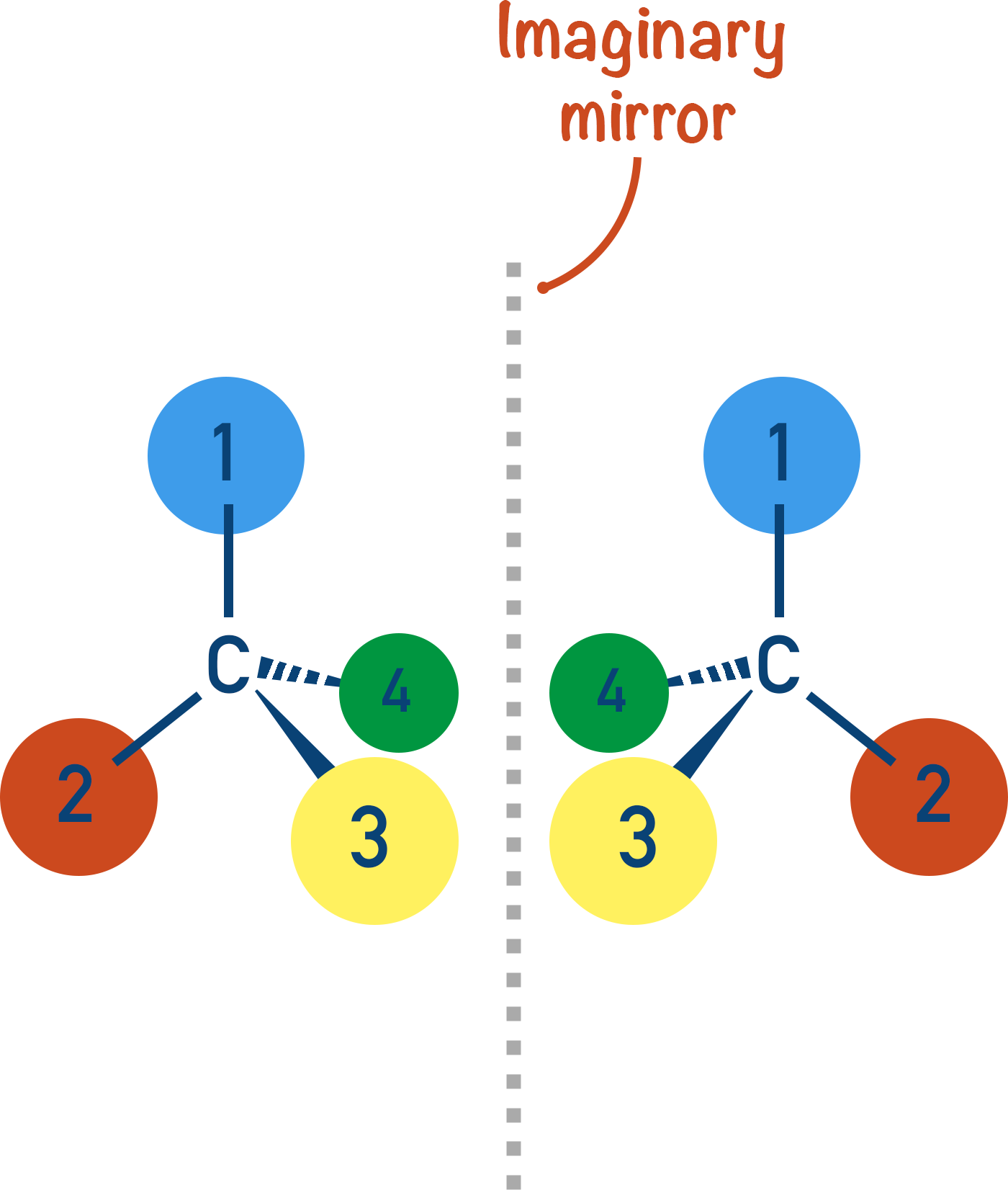 Optical isomers are very hard to identify as very often their chemistry is identical, so any chemical analysis on both isomers would give the same results. Plane-polarised light is used to identify the individual enantiomers (optical isomers).

Please note, this is a simplification for A-level purposes to show the idea of rotating plane-polarised light to help visualise the effect only.

Light waves are three-dimensional, which means the effect of a light ray is felt in three directions around a wave.

When an optical isomer rotates light, it’s not possible to observe the effect unless the light is plane-polarised.

Now it’s easy to see how the light has been rotated, and which isomer is responsible for the effect.

When light is shined into a molecule, the bonds within the molecule absorb and scatter the light. This means the light leaves the molecule at a different angle to the way it entered.

The behaviour of light in a molecule and the exact angles of scattering are very complicated, but the bonds and the arrangement of atoms in a molecule determine how the light is scattered.

Remember! Optical isomers have the same types of bonds, but they are arranged in a different way, causing light to be scattered in the opposite direction.

If the optical isomers of a compound are present in equal amounts, the effect will be cancelled out, and the plane-polarised light will not be rotated overall in either direction.

A mixture that contains equal amounts of both optical isomers is called a racemic mixture.