A carbonyl group is a carbon atom double bonded to an oxygen atom. 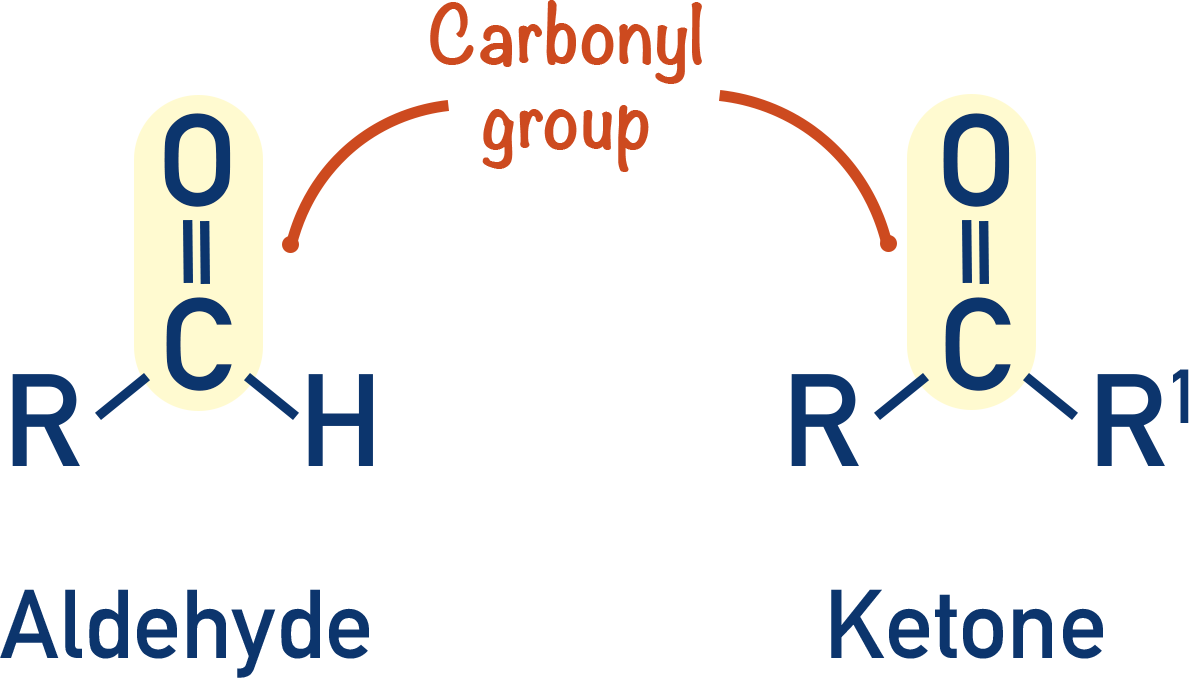 A C=O bond is polar because the oxygen atom is highly electronegative, pulling electron density in the covalent bond towards itself. 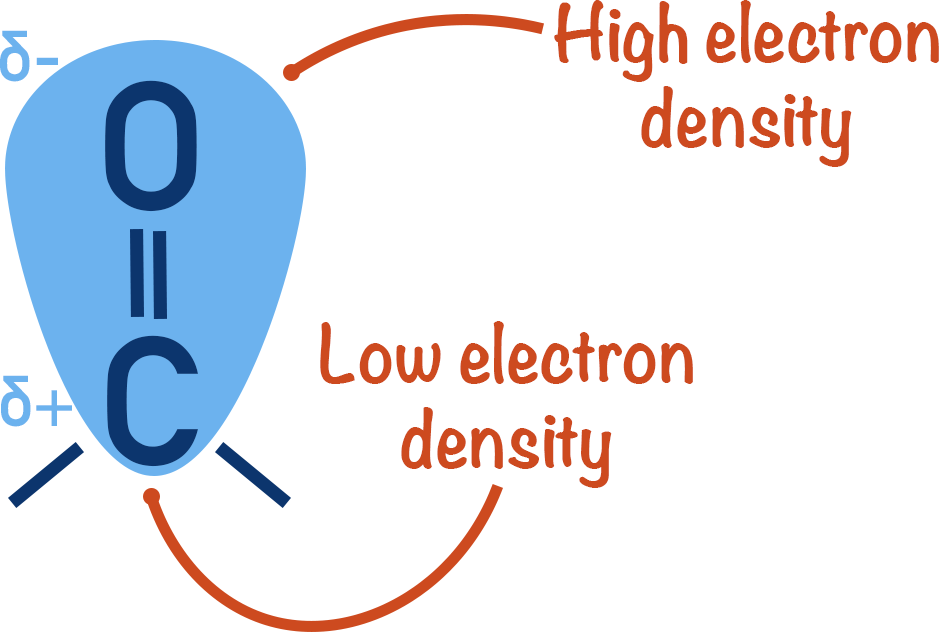 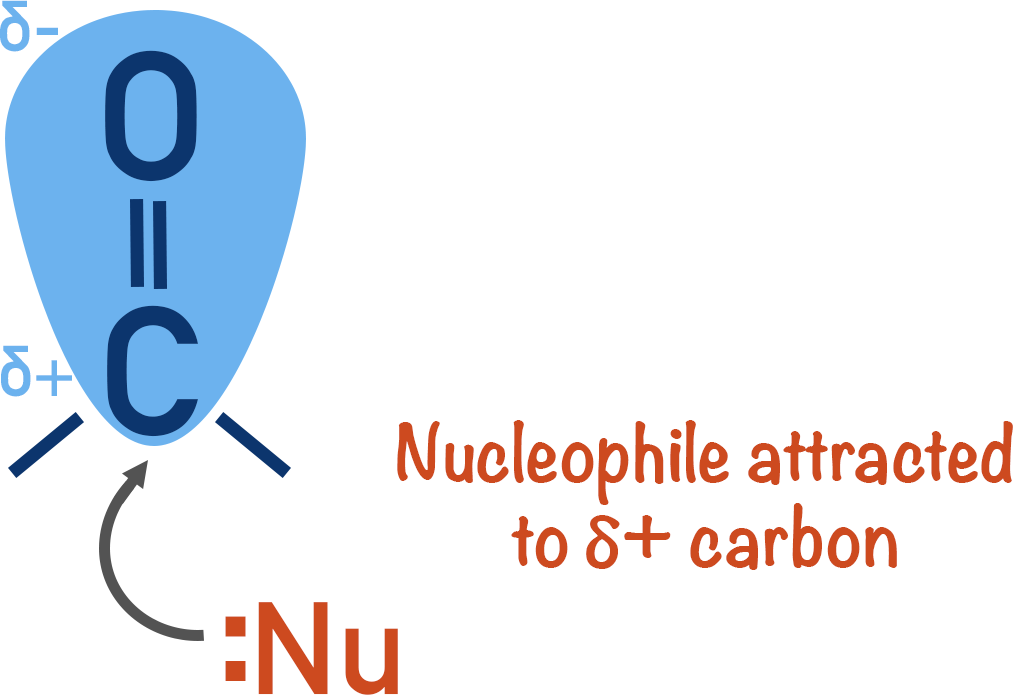 The carbon atom in a carbonyl has a partial positive charge, so anything wanting to form a bond with it needs a negative charge or lone pair of electrons (nucleophile). To add a hydrogen atom to this carbon, the hydrogen must be a negatively charged hydride ion.

The hydride ions are attracted to the electron deficient carbon atom in the carbonyl, causing the C=O bond to break (reduction).

The negatively charged oxygen can now pick up a proton (H+) from a water molecule.

There are different sources of hydride ions, but the most common source at A-level is from lithium tetrahydridoaluminate (LiAlH4).

The mechanism for this process and the steps involved are beyond most requirements for A-level knowledge. What you need to understand is that the LiAlH4 provides a H- ion that acts as a nucleophile and binds to the carbon in the carbonyl group.

When writing out the reaction, [H] represents a source of hydrogen from a reducing agent (in this case, LiAlH4).

If an aldehyde is reduced it forms a primary alcohol (see above example).

If a ketone is reduced it forms a secondary alcohol.