Carboxylic acid groups contain a carbon atom with a double bond to an oxygen atom and a single bond to a hydroxyl (OH) group. They can behave as weak acids.

The C=O bond is highly polar, forcing the carbon to have a partial positive charge. The partially positively charged carbon pulls electrons towards it from the C-OH bond.

Oxygen is highly electronegative – it does not want to lose electron density to the carbon, so it pulls electrons from the O-H bond towards itself even more than usual for an O-H bond. The O-H bond is now highly polarised and is easily broken to release a H+ ion.

Although they are only weak acids, carboxylic acids react in much the same way as other acids to form salts.

When reacted with alkalis, neutralisation occurs: a carboxylate salt and water are produced.

When reacted with carbonates: a carboxylate salt, carbon dioxide and water are formed.

When reacted with certain metals: a carboxylate salt and hydrogen gas are formed. 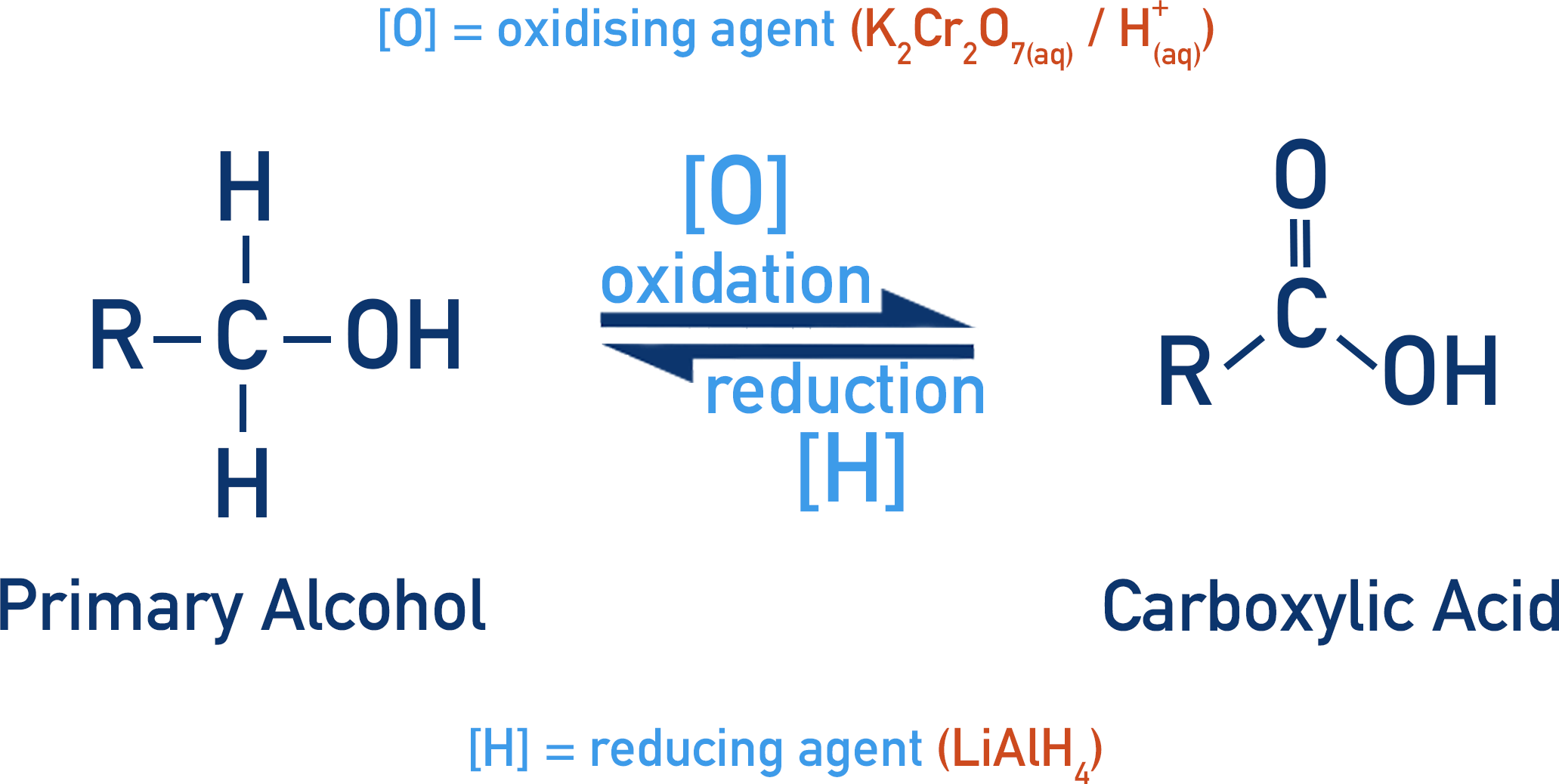 Hydride ions are provided from lithium tetrahydridoaluminate (LiAlH4), and the reaction is carried out in dry ether. Dry ether must be used as LiAlH4 reacts violently with water and organic compounds with an –OH group.